Let's face it: pineapples are weird. They look weird, they're weird to cut into, we can't figure out where they come from or how they grow, and while we love them already cut up in prepared fruit salads or tropical drinks, the thought of actually having to pick one of these spiky buggers up at the grocery store scares the bejesus out of us.

Thankfully, the below 17 facts will not only prove just how strangely awesome pineapples are, they will also demystify the sweet fruit forever -- empowering us all to enjoy them like pros.

1. It takes almost 3 years for a single pineapple to reach maturation.
Which makes the price tag a bit more understandable. 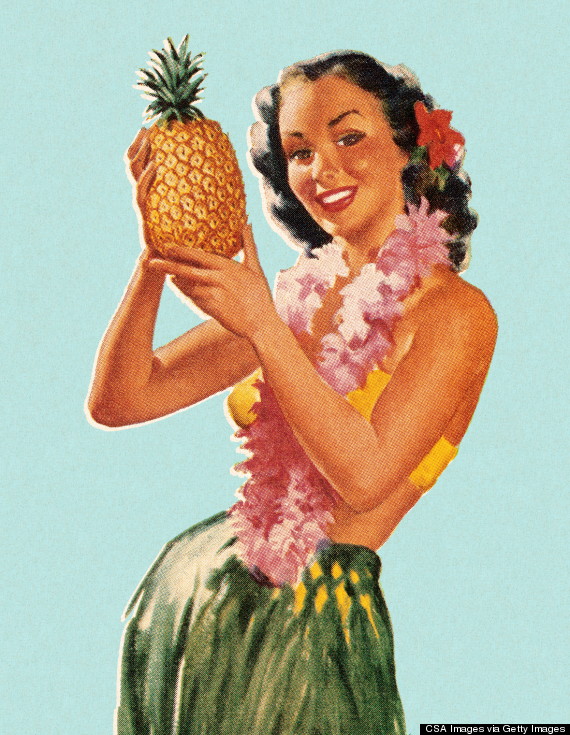 2. Pineapple plants have really pretty flowers.
The pineapple plant's flowers -- which can vary from lavender to bright red -- produce berries that actually coalesce together around the fruit's core. So the pineapple fruit itself is actually a bunch of "fruitlets" fused together. 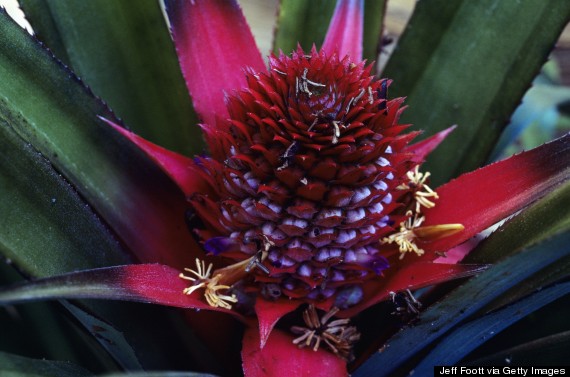 3. If you'd never seen one, it'd look like a pinecone to you.
When European explorers first encountered the fruit in the Americas, they called them "pineapples" because of the resemblance to pine cones. 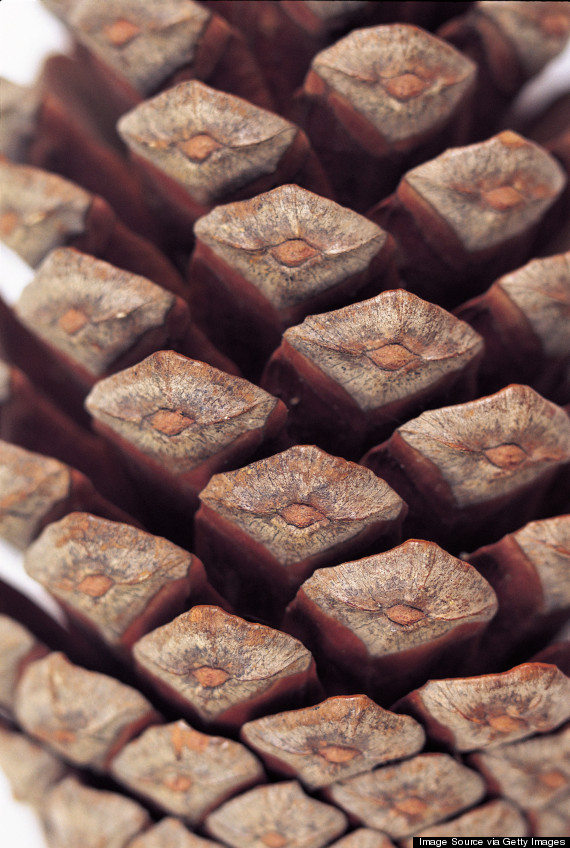 4. Pineapple plants look like giant, buried pineapples.
What if all of these were giant pineapples, planted underneath the soil with just the top part visible. Freaky, eh? 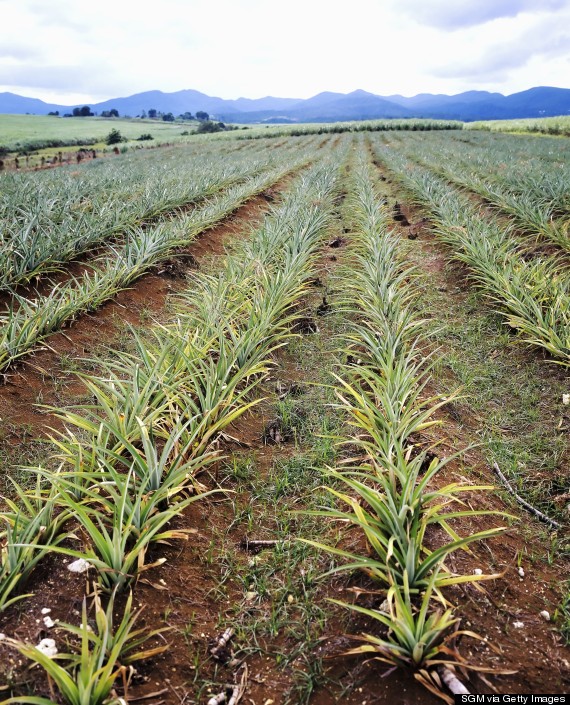 5. Which is actually kind of accurate.
You can plant your own pineapple plant by cutting off the top of a pineapple and planting it in soil. Unfortunately, a giant pineapple won't grow underneath it. 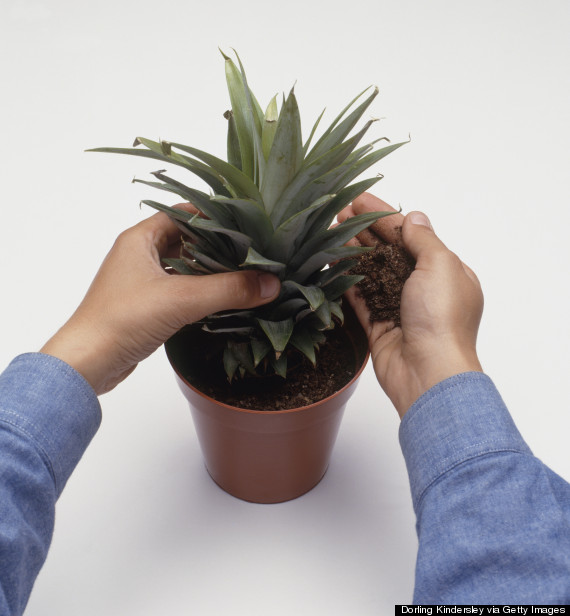 6. Baby pineapples are the most adorable fruit you've ever seen.
It's impossible to see a little pineapple, sprouting off the leaves of its mama plant, without releasing a collective, "Awwww." 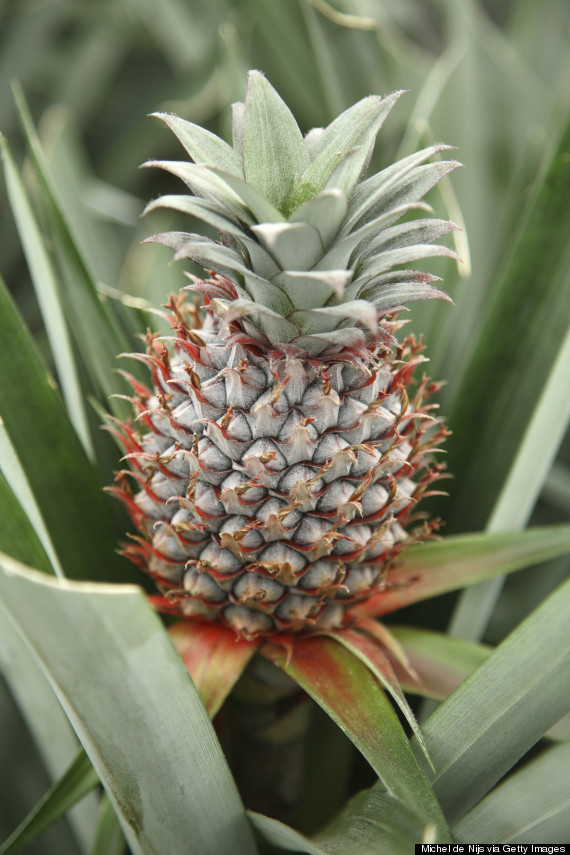 7. Once harvested, pineapples don't continue to ripen.
That means that every single pineapple in the grocery store is as ripe as it will ever be so don't buy one and save it for a week, thinking it will ripen. The difference in colors is mostly based on where the pineapples were grown so a green pineapple can be just as sweet and delicious as a golden brown one. 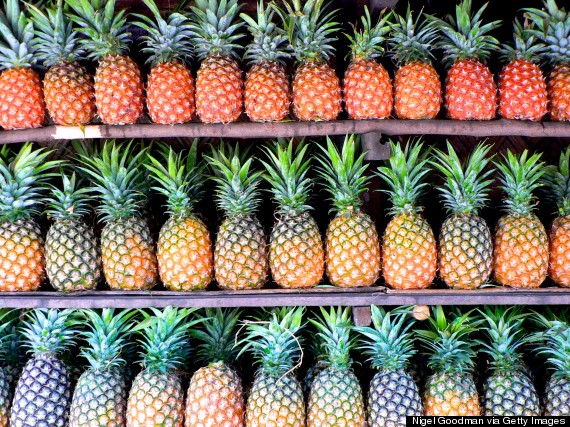 8. In fact, a fully ripe pineapple is quite perishable.
You should eat it within two days if it's stored at room temperature and within about a week if it's refrigerated. 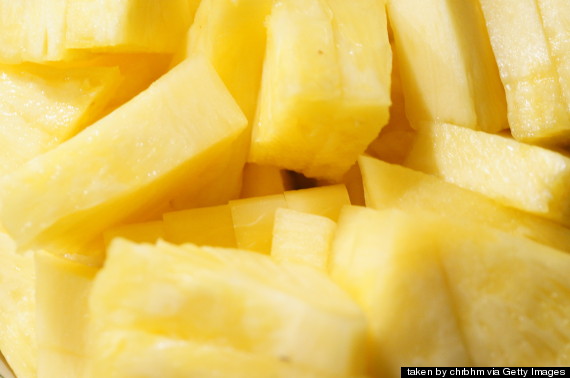 9. Here's how you should cut a pineapple:
After lopping off the top and the bottom, stand the pineapple up and use a sharp knife to shave off the skin. The sweetest part of a pineapple is its outermost flesh, however, which means you should slice the skin off the sides as thinly as possible and you should leave the eyes (brown spots) or you will lose too much yumminess. You'll notice that the eyes all line up in diagonal rows and you can easily cut them out in a small "V" cut to preserve as much outer flesh as possible.

When you put the pineapple on its side again and slice it, you'll notice the rounds look like flowers because of the"V" cuts. You can keep the core in (it's edible and healthy) or you can cut it out. 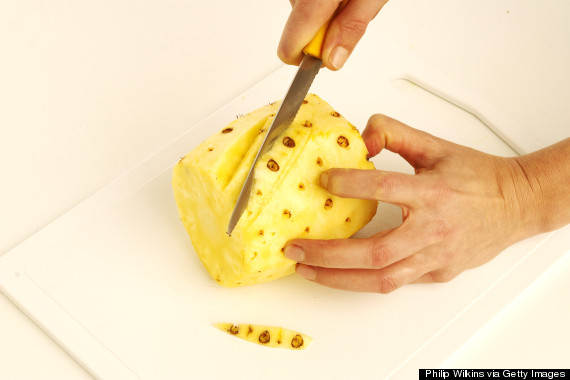 10. There is actually a really cool pineapple gizmo you can buy.
Which will help facilitate this whole process:

11. Besides fruit salads and tropical drinks, pineapples are also used to make wine.
In Maui at least. 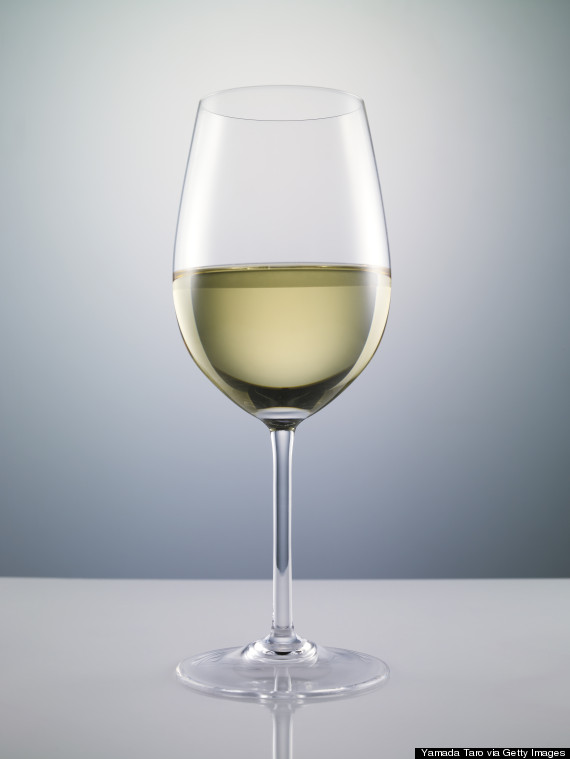 12. They also make excellent jack-o-lanterns.
Either terrifying or hilariously doofy, depending on your preference.

13. They've influenced Hawaii slang.
When it drizzles on a sunny day in Hawaii, locals call it “pineapple juice.” And when older parents are "surprised" by a pregnancy, the baby is called a “ratoon crop,” the bonus fruit that grows after a pineapple plant’s initial harvest. 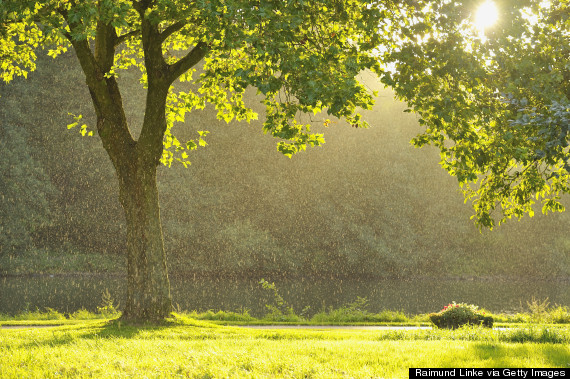 14. Pineapple cores contain high levels of bromelain, a proteolytic enzyme, which has a whole slew of health benefits.
Bromelain has been shown to be an effective anti-inflammatory, muscle relaxant, and digestive aid, and it also includes chemicals that interfere with the growth of tumor cells, making pineapple a good food to prevent cancer. Pineapples were once believed to cause miscarriages, but a pregnant woman would need to eat about 10 whole pineapples for it to be a concern. 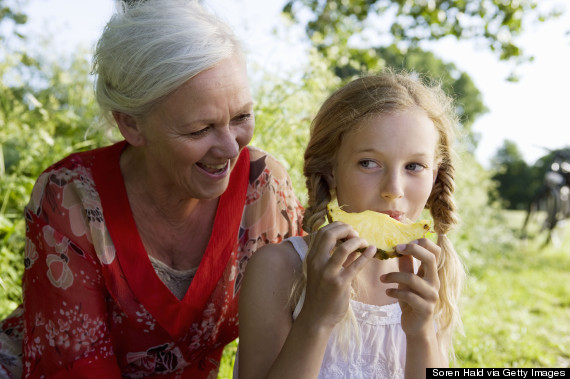 15. Pineapple is also great for tenderizing meat.
Because Bromelain breaks down proteins. 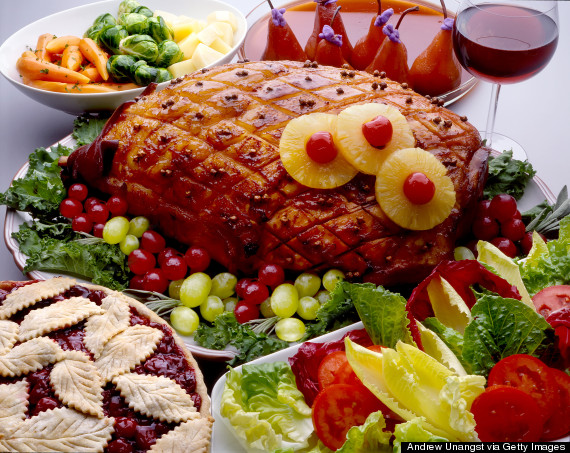 16. Although the fruit originated in South America, the majority of the world's pineapples now come from Southeast Asia.
Namely the Philippines and Thailand. For the freshest pineapples in the U.S., look for Costa Rica- or Hawaii-grown pineapples. 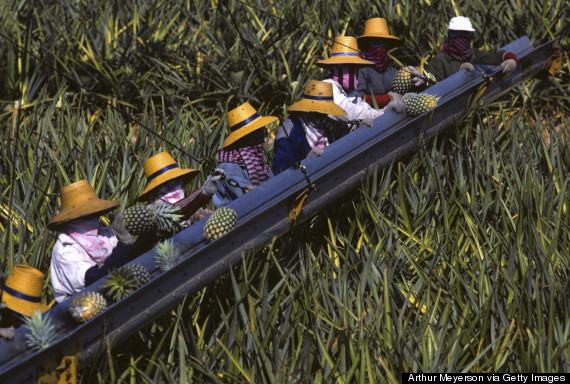 17. There is a recurring legend that pineapples make a man's seminal fluids taste "sweeter."
But all evidence appears to be anecdotal, not scientific. 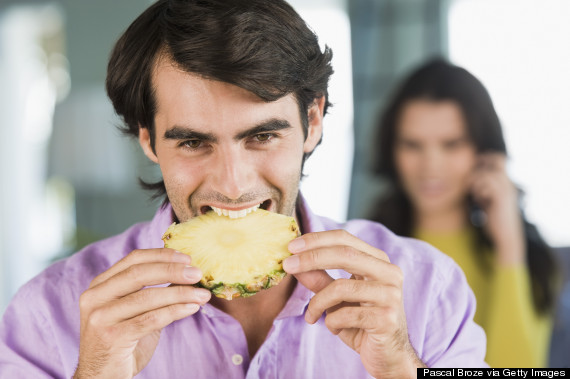