Think you learned everything there is to know about rainbows back in grade school? Think again.

Yes, a rainbow occurs when light passes through water droplets in the atmosphere, and the bending of light results in the familiar arc-shaped spectrum. But there's a lot more to know -- keep reading for a list of seven fascinating facts about rainbows.

Rainbows are more common in mornings and evenings. To form a rainbow, sunlight needs to strike a raindrop at around 42 degrees. That's unlikely to happen if the sun is higher than 42 degrees in the sky, according to the website of the National Oceanic and Atmospheric Administration (NOAA). 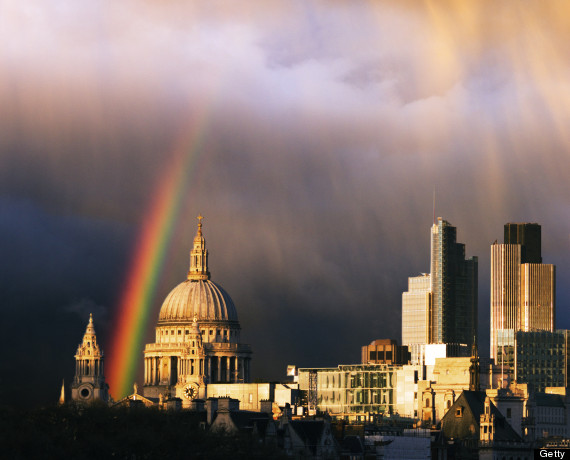 Rainbow over St Paul's Cathedral and the city of London.

FACT: Rainbows can appear at night.

But rainbows that do appear after dark are called moonbows. That makes sense, because the light rays being bent come from reflections off the moon instead of directly from the sun. 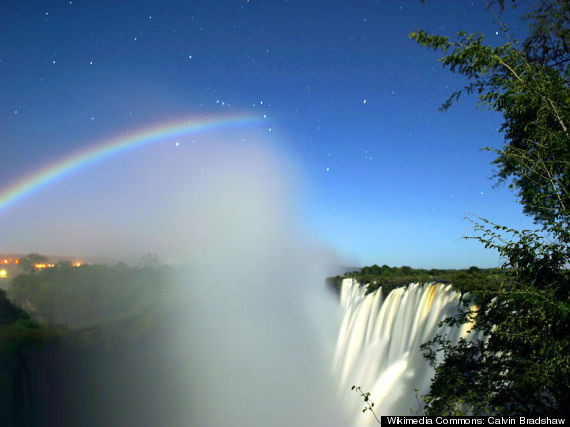 A lunar rainbow at Victoria Falls in Zambia. The constellation Orion is visible behind the top of the moonbow.

The light bouncing off certain raindrops for your rainbow is bouncing off other raindrops from a completely different angle for someone else, according to LiveScience. And so it's creating a different image -- basically, no two people can stand in the same exact spot at the same time to view the same rainbow. 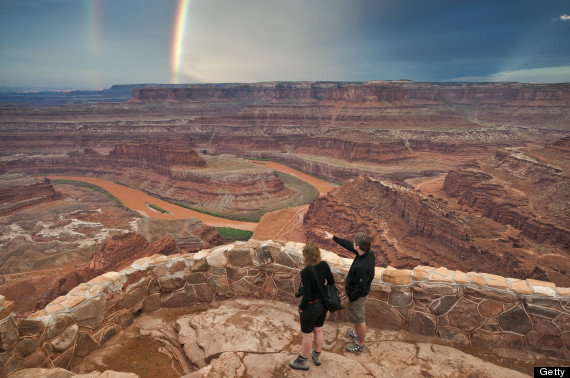 Tourists watching a rainbow after rain over Canyonlands and Colorado River seen from Dead Horse Point State Park in Utah.

FACT: You can never reach the end of a rainbow.

Rainbows appear to move as you move, because the light that forms the rainbow does so at a specific distance and angle from the observer -- so that distance will always remain between you and your rainbow.

FACT: You can't see all the colors of a rainbow.

Beyond those classic 7 colors (ROYGBIV), a rainbow is actually made up of a larger continuum of more than 1 million colors -- including colors the human eye cannot see. 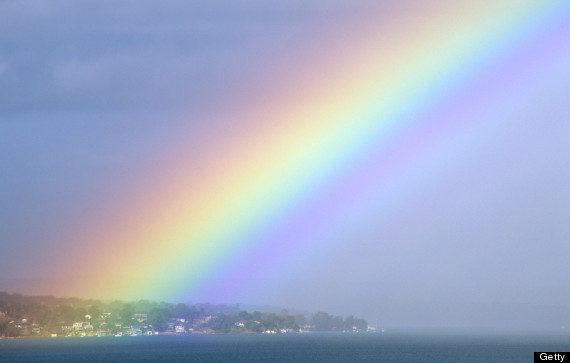 More than one rainbow can be viewed at once when light bounces around inside a water droplet, and is split into its constituent colors, according to National Geographic. Double rainbows are produced when this happens inside a droplet twice, triple when it happens three times, and (see where this is going) quadruple when it happens four times. 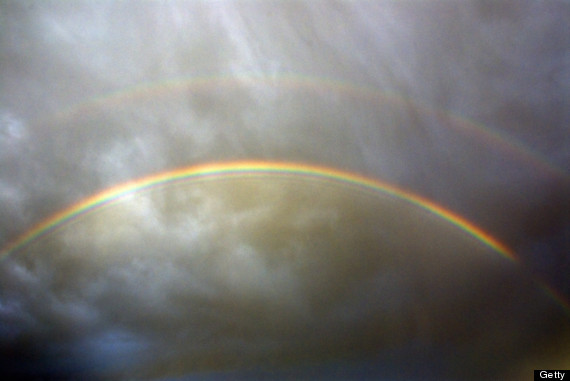 FACT: You can make a rainbow disappear.

As Discover magazine points out, polarized sunglasses can block a rainbow. That's because they are coated with a layer of vertically aligned molecules, and light reflecting off water is polarized horizontally. Watch the peculiar phenomenon in the video below.