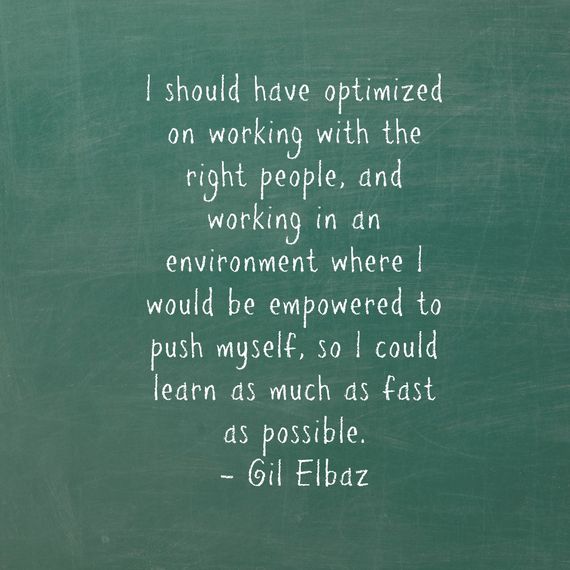 Yesterday, I saw a Best Buy back to school commercial. A student is shopping for a laptop for college and his startup. As the commercial evolves the students are hard at work developing their product that gets the thumbs up from "investors" and just like that the startup is an "overnight success."

Oh, if only it were that easy. Unfortunately, 90% of startups are destined to fail. It's a grim statistic but true. There is a host of reasons why these companies fail; poor management, lack of vision, and segmenting responsibilities too early.

"A good product idea and a strong technical team are not a guarantee of a sustainable business. One should not ignore the business process and issues of a company because it is not their job. It can eventually deprive them from any future in that company." – Dijiwan's leadership

No one wants to fail, but it's an intimate part of a business. Taking intelligent risks and making mistakes is how you grow, as an entrepreneur. So failure is not the enemy it's an escort that guides you through your journey.

If you learn from your mistakes, they can lead to a treasure of significant discoveries.

As an entrepreneur, investor and philanthropist Gil Elbaz has followed this philosophy, and it has led Elbaz to understand:

Elbaz understands that failure is an asset that teaches you how to evolve as an entrepreneur. But we must be ready to listen and responsible enough to take action. So let's take a look at Gil Elbaz's story on becoming an "overnight success."

So, Gil, what is your story?

As a child I was always fascinated by data - weather data, baseball stats, really anything. My parents got me an early Apple computer and I would spend hours upon hours working with spreadsheets, collecting, organizing, and analyzing data on all subjects.

I went to college at Caltech where I studied economics and engineering. There was a tremendous amount of math in general at Caltech and then of course in my majors. One course in particular that really influenced me was probability. It's the basis for the natural language processing and predictive algorithms that we used at Applied Semantics and that we use at Factual.

After school I worked at a couple of jobs, but in 1998 I co-founded Applied Semantics with an old friend of mine from college. We built natural language understanding technology based on our proprietary database of word meanings and relationships and used that to understand the context of web sites. We developed a contextual ads product called AdSense, and in 2003 Applied Semantics was acquired by Google.

I was at Google through 2007 and then I left, and formed Factual in 2008. To date my life had largely been about building products with data, but I wanted to focus on the data itself, specifically, building a neutral data company that enabled anyone to access trustable data so that they can go on to build great products. We've been focused on location data, collecting data on every place in 50 countries around the world, and building technology to make it available in ways that make it easier for others to consume. There is a tremendous amount of understanding, or context, that can be derived from a proper understanding of location, and this has incredible potential for mobile content and mobile experiences.

The long term plan is to cover many different types of data, but to me, anything that happens in the physical world is location data, so there is a lot to do under this very broad umbrella.

What's the biggest mistake you made in your life and what did you learn from it?

I glossed over those years in the previous question, and I've certainly been extremely fortunate in my career since, but I made a big mistake early on in my career. I chose a job based on title and salary, which in hindsight is really not the right way to start a career. I should have optimized on working with the right people, and working in an environment where I would be empowered to push myself, so I could learn as much as fast as possible. It ended up taking me two years to realize I made this mistake.

Who is your role model, and why?

There are many successful, ambitious entrepreneurs who I look up to and highly respect. Some of these individuals enjoyed tremendous, seemingly overnight success. It's generally a combination of talent, hard work, building great teams, and a bit of luck - being at the right place at the right time.

But, what about those individuals who eventually built something great despite a serious challenge that needed to be overcome? Perhaps they were in the right place at the wrong time (too early), or perhaps they had a bit of bad luck and an entrenched competitor decided to make their product free. Those are my real role models, the gritty competitors who like Elon Musk "stared into the face of death" and lived not only to tell their tales but to build a great company (or two, or three.)

I think of Ben Horowitz who, along with Marc Andreessen, built LoudCloud in 1999 and raised $120m in a 2000 IPO, but by 2002 they had to reimagine their business as Opsware and start a new business from scratch with no revenues. Through sheer willpower Opsware grew, succeeded, and had a great exit in 2007.

I think about Adam Miller, CEO of Cornerstone on Demand. Today they are a very important, significant SaaS business helping other companies optimize their human resources. But, from 1999 when the company was co-founded, it wasn't an overnight success, and Adam's focus, long-term dedication, and passion for serving their customers paid off.

What were the biggest challenges you faced at Factual in the first 3 months?

"Big data", "data is the new oil", "data scientist" - these terms, ideas, and concepts didn't really exist back in 2008. Back then, investors were really looking at two main categories, you were either making software / web apps for consumer or you were doing so for the enterprise. The concept of a neutral data company that didn't do either and was trying to solve a relatively vague problem of "access to data" was going against the flow. Fortunately I was able to raise a healthy seed round from a variety of forward thinking investors and now we're in a world where data is a part of every conversation.

What is Factual’s mission statement and how is it used to keep the company focused on long-term thinking and not short-term goals?

I briefly mentioned this above - we view ourselves as stewards of the world's data, sitting in between millions of disparate sources of data and those who need data to solve problems. We ingest data from millions of different sources and then we clean, structure, and package it up to make it easily accessible for a variety of use cases.

This leads to two fundamental tenets at Factual - an emphasis on data and the concept of neutrality. We always want more data, and we structure our deals to incent partners to share data with us, even if it may cost us some short-term revenue. This core tenet of valuing data can be seen in the way our sales and business development teams interact with clients, always looking for opportunities to strike new data sharing partnerships.

The second one is the concept of neutrality. We call ourselves a neutral data company because our product is data - we don't have "end user products" such as consumer apps or an ad network. If we did, we'd be competing with our customers and that's rarely a recipe for success. Plus, it would prevent us from forming data sharing partnerships that have been so foundational to our success. No one wants to share data with their competitor.

So we make our business and product decisions with these two tenets in mind, and that keeps us on the path to be successful in our long term mission.

How do you design Factual to be around for 100 years?

I think it largely boils down to two things - work towards something big that inspires people, and then create an environment that attracts and retains great people to work towards that vision. We've already talked about the vision so I'll focus on the second part here. I try to create an atmosphere of respect where people believe that they can have hand in influencing the company's strategy and really have impact on the company. Ultimately a company is a collection of people, so if I can create a place where people believe in what we're trying to do, and they believe they can have material impact, then the company will thrive.

Question: You are still worried about making mistakes. It's natural. But understand that by not taking intelligent risks you will not grow. So what will you do today to grow?