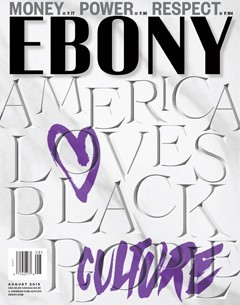 From blue-eyed soul to straight-up theft, Black music has long been imitated and acculturated by Whites. we take a look at the difference between flattery and misappropriation. Fed up with her Caucasian semi-namesake being credited for "running" hip-hop by no less than Forbes magazine, a frustrated, struggling, even tearful Banks decried White cultural appropriation of hip-hop music in a now-famous 2014 interview on New York City's Hot 97 radio station.

Banks' rant went viral. She name checked White rapper Macklemore and charged that his recent Grammy-winning album "wasn't as good as Drake's record." She declared that Azalea, who once referred to herself in a lyric as a "runaway slave master" . . . "wasn't as good as any f - - --ing Black girl that's rapping today." Banks boldly continued her argument over the interwebs. She reiterated what many in the listening audience had long thought: Certain White performers profit from misappropriating Black culture.

With her own musical ascension at a halt (although she was nominated for BET Award this year), Banks accused the Australian-born rapper of essentially assuming her identity--and being wack at it. The situation led to a hip-hop blogger heaven in which everyone with a computer tried to dissect the apex of this years-old beef. When Azalea dismissively responded on Twitter, it became clear that Banks' basic idea was all but lost.

It was a classic "post-racial" moment. Tweeted Azalea: "Special msg for banks: There are many black artists succeeding in all genres. The reason you haven't is because of your piss poor attitude. She added, "Now! rant, Make it racial! make it political! Make it whatever but I guarantee it won't make you likable & THATS why ur crying on the radio."

Datwon Thomas, editor-in-chief of Vibe magazine, understands both sides of the issue. "I think there's a spotlight on blue-eyed soul right now, [and] there are even more skilled White rappers stepping up with more authenticity than [in] previous years," he says. "So the cultural smudging is more of the talent level increasing in that sector. Mainstream will promote [Whites] more, and their skills are stepping up to get props from Black culture. I just don't want to see deserving Black artists tossed to the side in favor of White artists. There needs to be a balance in exposure and content."

A History of Flattery and Theft

This modern-day race and power play is no original drama. Terms such as "blue-eyed soul" tap into the phenomenon of White artists that borrow liberally from the inflections and pulse of Black music. Many pay homage to the Black roots of their music--say, the Beatles (who gave credit to the blues); the Rolling Stones (ditto the blues, courtesy of Muddy Waters); George Michael (his first Grammy Award came by way of a duet with Aretha Franklin); Hall & Oates (who count Smokey Robinson among first influences); Van Morrison (who loved Lead Belly); and Eminem.

There are also artists some Blacks side eye but actually enjoy, e.g., Kenny G, Michael Bolton and Joss Stone. And then there are the "smudgers," whose artistry, to many, feels like theft.

When people such as Adele or Sam Smith get their props, they respect the culture," says James Peterson, Ph.D., director of Africana Studies at Lehigh University and founder of Hip Hop Scholars, Inc. "It gets trickier when you have White artists co-signed by Black producers, such as Justin Timberlake and Timbaland, and Justin Bieber and Usher. Those create complications for the Black community, which is generally very sophisticated in critiquing. We're pretty good at splitting up who is genuine. We live in a world that privileges Whiteness; I call it the 'Larry Bird [phenomenon].' The same thing happens in the music industry."

Then there are the other music artists, such as Elvis Presley, who hijacked rock 'n' roll. Or Miley Cyrus, who exploited the use of Black signifiers.

Even if Banks was right about her charge against Azalea, the fact remains that like Elvis, the White rapper has ascended to such mainstream popularity that Banks' views caused little ado and were eventually muffled.

"You can be blackballed if you speak out against [cultural appropriation]," Peterson argues. "Music is but one iteration of institutional racism."

Two-time Pulitzer Prize-winning author Norman Mailer once wrote about the issue of White Americans immersing themselves in Black culture in a 1957 essay, "The White Negro." Tracing the history of Black American coolness, or "hip" as he called it, from jazz to those 1950s hipsters he considered White Negroes, Mailer asserted:

"So it is no accident that the source of Hip is the Negro, for he has been living on the margin between totalitarianism and democracy for two centuries. But the presence of Hip as a working philosophy in the sub-worlds of American life is probably due to jazz, and its knife-like entrance into culture . . ."
The analysis, although not wrong, was simplistic. Filtered through today's lens, however, the same is generally true. Black Americans are cool. Black culture is cool. Thus, hip-hop is cool.

In his essay "The Appropriation of Music and Musical Forms," Perry Hall, Ph.D., an assistant professor in the University of North Carolina African, African American and Diaspora Studies department, points out that although Louisiana Creoles created jazz during Jim Crow, the first known jazz album was made by five White guys, the Original Dixieland Jazz Band. A decade later, Paul Whiteman, a White man, was crowned the King of Jazz by the media. Ironically enough, modern-day critics and historians don't even consider Whiteman's jazz to be jazz at all, given its strange symphonic sound.

Like Whiteman, one could argue Azalea's success is largely due to her race. The fact that in hip-hop circles her skills are considered, at best, average, makes her level of insider support somewhat confounding. Atlanta rapper T.I. is one of her biggest backers.

"If people really want to understand what's going on," says music journalist and record company executive Dan Charnas, "they need to look at it in a more sophisticated, nuanced way, through an economic lens."

Charnas, who is White, believes African-American artists, like many other Black citizens, lack substantive access to the perks of U.S. capitalism. "To me, what makes something appropriative is what gives White supremacy its fangs. The gatekeepers of the radio stations and record companies who have less investment in Black people and culture are more likely to elevate an Iggy Azalea over an Azealia Banks."

Following Banks' emotional radio appearance, veteran hip-hop artist Q-Tip jumped into the Twitter fray with a history lesson. In part, he tweeted: "you have to take into account the HISTORY as you move underneath the banner of hiphop. As I said before hiphop is fun it's vile it's dance it's traditional it's light hearted but 1 thing it can never detach itself from is being a SOCIO-Political movement.. once you are born black your existence I believe is joined with socio-political epitaph and [philosophy]based on the tangled and treacherous history SLAVERY alone this is the case it never leaves our conversation... Ever."

Azalea may have meant Banks no harm. And Macklemore didn't technically steal anyone's Grammy. This generation of young White artists who're inspired by and compelled to emulate Black art is no different than those that preceded them. It's hard to resist the cool of Blackness. Yet the unspoken rule should be that when an artist mimics another's art, acknowledgement must follow. We're in the midst of a great cultural smudging, one that started long ago--and has no end in sight. Banks' bold speech last year put this microaggression back on our agenda. It's now up to Black audiences to decide what to do with the facts.

Want to read the rest of EBONY's August package on cultural appropriation across mainstream media, music and movies? Subscribe today to the iPad® tablet edition of EBONY Magazine and get an amazing offer of 12 issues for just $5.99. To get you started off, we'll include the incredible Black Music Month issue featuring Kendrick Lamar in your subscription.