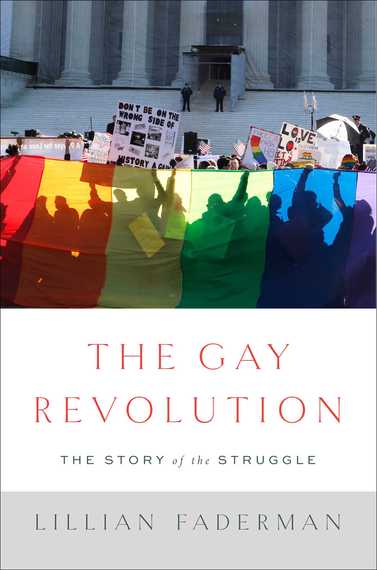 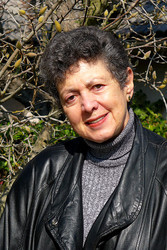 For GLBTQ Americans, there is much to celebrate this year after the Supreme Court ruling on marriage equality, not to mention basking in other recent victories like the repeal of Don't Ask, Don't Tell. But the fight to assure GLBTQ civil-rights must be ever vigilant as the antigay backlash gets louder than ever.

In her stirring new book The Gay Revolution | The Story of the Struggle historian Lillian Faderman asks "How does the amazing evolution in image and status of gays and lesbians, as well a bisexual and transgender people, affect all Americans. And what remains to be done before they will truly be first-class American citizens?"

Faderman is an out gay scholar and the depth of her research is breathtaking, as is her engaging style that illuminates the individual stories of many who faced countless injustices because of their sexual identity. Her cogent investigative style encompasses the breadth of a hidden, disparate and despised community that transformed itself into a powerful civil-rights movement.

The book opens at the arrest of a beloved college professor receiving an academic award for his for his achievements in 1948, only to be facing prosecution for being homosexual. Aside from the public scandal, the charge of sodomy ended his career. That story is positioned next to the ceremony in 2012 that advanced army colonel Tammy Smith to rank of General with her wife officially at her side to be part of it.

It seems inconceivable that as recently as the 60s, gays could be thrown in jail for talking or routinely denied employment, housing, parental rights, medical care. Gays and lesbians were arbitrarily characterized by the medical and psychiatric professions as mentally and emotionally unstable, seditious and amoral.

Against this social backdrop and against all odds, the gay civil rights movement was born and eventually grew into a national movement millions strong. Starting with the nascent organizations in the 50s and 60s like Mattachine and Daughters of Bilitis, Faderman recounts how the first activists connected a disparate community into a national network of hope for gay, lesbian, bisexual, transgender people.

As ideologically contentious these groups were in the beginning, they eventually inspired hundreds of other organizations working for a common civil-rights cause. Faderman's brings fresh perspective and connects so many dots in how the movement was succeeding, however fractiously. Along the way, she details the many set-backs, failures and missteps. But from the beginning one thing was clear, gay America was not going to be at the mercy of a oppressive laws any longer without a fight.

Faderman's laces in bio-histories of legendary activists like Frank Kameny, Barbara Gittings, Phyllis Lyon, Del Martin, Silvia Rivera, Larry Kramer, among scores of others. Just as impressive are the stories that Faderman tells of the countless unsung heroes who fought along side them.

The author covers much familiar ground but always with new facts and analysis. She illuminates the often over-looked post-Stonewall groups like The Gay Liberation Front and Gay Activist Alliance and writes powerfully of the transformational rallying cry for Gay Power.

Even though Harvey Milk wasn't the first out gay politician to get elected, Faderman reminds, he was the most famous. In San Francisco the Castro district was becoming so organized that politicians could no longer ignore their voting power. You got to love the ironies in the chapter titled 'How Anita Bryant Advanced Gay and Lesbian Rights'

One of the most moving chapters in the book is Faderman's the AIDS epidemic and the unprecedented establishment by the gay community to provide AIDS social service organizations to take care of ill and dying people with HIV/AIDS, when the Reagan administration stood by and did nothing.

Faderman deftly chronicles the turbulent histories of the activist groups like ACT-UP and other fiery gay political action groups that took on the government, the drug companies and the church and whose actions changed the course of the epidemic.

The final chapters of the book cover the slate of hot-button national issues as the repeal of DADT, the military, the striking down of state sodomy laws, anti hate-crime legislation and marriage equality.

Throughout, Faderman gives a dual analysis of the rise of the powerful antigay movement, who will obviously go to any lengths to oppose any pro-gay law or civil-rights protection.

The Gay Revolution is a cogent, definitive history of the movement and a towering achievement by Lillian Faderman. It belongs in every GLBTQ home, definitely available in every public school library and sent to every homophobic politician in Washington.

The Gay Revolution: The Story of the Struggle by Lillian Faderman
Simon & Schuster hardcover and eBook available