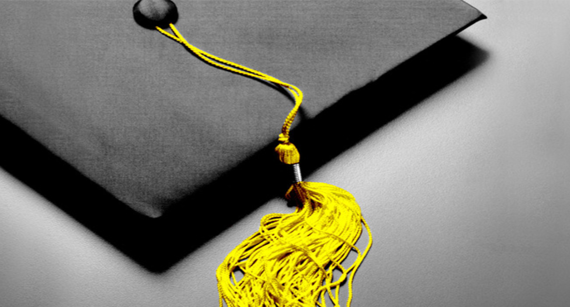 Where are the professors?

Nothing annoys academics more than pointing out how little time they actually spend teaching students.

The average professor at a major university rarely teaches more than two courses a semester. Since the average class hour is actually 50 minutes that translates into about five hours of teaching a week. Evidence suggests that the flight from teaching is accelerating as even liberal arts colleges and second- and third-tier universities emphasize research over classroom teaching.

The professoriate is understandably touchy about this.

In 2015, Wisconsin's Governor Scott Walker suggested that "Maybe it's time for faculty and staff to start thinking about teaching more classes and doing more work." Predictably, his suggestion was met with "incredulity" on campus. UW President Ray Cross led the chorus of indignation, saying that he was "frustrated" by the talk of having professors teach more. "I think it's a shame that people don't understand what faculty really do." One of the most voluble critics was Professor Jo Ellen Fair from UW-Madison's School of Journalism and Mass Communication.

"Most faculty members I know are working 60, 70 hours a week," she told a reporter. She went on to list a litany of things that take up professors' time: "Preparing for and teaching classes, working with students during and outside of office hours, writing letters of recommendation for students applying for jobs and further education, advising students and grading assignments and exams..."

But for Professor Fair herself, the list of duties did not include actually teaching classes — at least not during the semester in which she was complaining about the onerous professorial workload. Ms. Fair, who made more than $120,000 a year, had no classes on her schedule during the Spring 2015 semester. She was hardly alone.

An independent journalism group looked at seven of the UW faculty members who were quoted in the media criticizing the idea that professors ought to spend more time with students. The analysis found that of the seven professors, only three taught any classes at all in the spring semester of 2015 and the three professors who did actually teach averaged just 1.66 classes per week with an average of 3.97 hours per week in the classroom.

In most other industries, this would be considered bait and switch — and it is getting worse.

A recent study by the Higher Education Research Institute (HERI) based at the University of California not only found "a significant decline in time spent teaching," but also that "students are increasingly taught by part-time faculty in institutions, particularly in introductory courses."

The number of faculty who reported minimal teaching loads of just 1 to 4 hours a week (or one scheduled class a week) had doubled in the decade from 2001-02 to 2010-2012. The study also found a sharp drop in time that professors spent in class preparation.

The abdication of teaching to TA's and the "academic underclass" of part-timers was a major theme of my 1988 book ProfScam, but that trend has also escalated. Indeed, the HERI report found that contingent faculty "now represent the majority of individuals holding academic appointments at colleges and universities..."

"Contingent faculty" encompasses part-timers, itinerants, lecturers, adjuncts, graduate students, and non-tenure track faculty. Together they comprise the Academic Underclass, a group of underpaid and generally unappreciated instructors who are increasingly being entrusted with the teaching duties that had been abandoned by their tenured betters. Most of the adjuncts make only a fraction of the salaries of tenured professors, often teaching courses for only a few thousand dollars apiece.

But over the course of decades they have become the back bone of American higher education; even as tuition skyrocketed, more or more of the teaching was turned over to non-professors.

Perhaps nothing illustrates the flight from teaching more than these numbers of instructional staff employment (which also included grad students):

So, in 1975, after decades of the flight from teaching, the academic underclass already comprised nearly 55 percent of the total instructional staff in American higher education. What followed, however, was an explosion in the number of part-timers and other contingents.

The result was that by 2011, the academic underclass made up 76 percent of the instructional staff of American higher education.

The real here question is not whether the tenured professoriate work hard enough, it is whether they are actually available to students who are racking up massive student loan debt.

Increasingly, the answer is no. 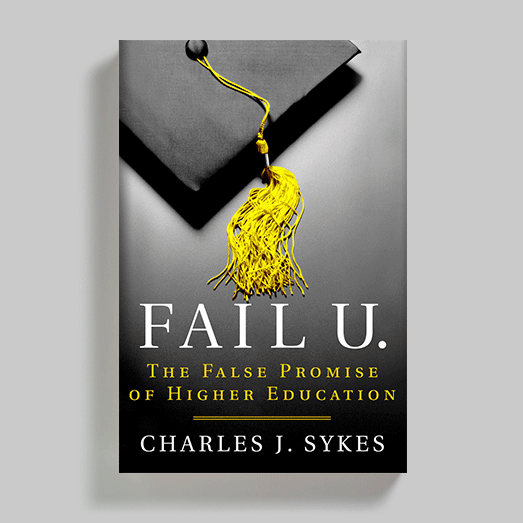 CHARLES J. SYKES is senior fellow at the Wisconsin Policy Research Institute and a talk show host at WTMJ radio in Milwaukee, Wisconsin. He has written for The New York Times, The Wall Street Journal, and USA Today. He is the author of several books including A Nation of Victims, Dumbing Down Our Kids, and Profscam, which The Wall Street Journal hailed as a "thorough debunking" of American higher education.