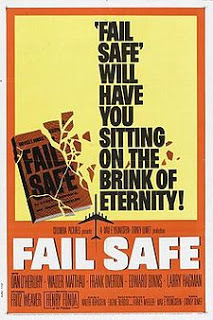 Have you ever watched victory slip from your hands and remained numb as the tables are turned? That's what the Golden State Warriors may feel like after their loss to the Cleveland Cavaliers and that is apparently what the Republicans are naturally hoping for in Cleveland this summer ("RNC: Cavaliers Victory a Sign of Things to Come," Politico, 6/20/16). You never know until you know and while Donald Trump may continue to make statements that even his own party leaders disapprove of like his comments about the judge in the Trump University case, Hillary Clinton cannot afford to sit on her laurels. Upsets are always in the offing. One of the most famous of course was that of a Democrat over a Republican in the Truman victory over Dewey in l948 (The Chicago Daily Tribune famously printed the erroneous headline"Dewey Defeats Truman"on November 3). But losing itself is physiological process and it's almost like the body is responding to some kind of unconscious mechanism which puts it into shock. You may have a major lead and all of a sudden you experience a kind of paralysis that's familiar to being anesthetized. You're feet are still moving, but they start encountering first one then another defeat, as you become the observer of your own self. You start thinking about losing instead of winning, since you lack the extra bit of willpower that's needed to clinch victory. Back in 2000 Malcolm Gladwell wrote an article on "The Art of Failure" (The New Yorker, 8/21/2000) and Jonah Lehrer, another New Yorker writer who turned out to have his own problems, which may or may not have had to do with failure, addressed the subject in "The New Neuroscience of Choking" (The New Yorker, 6/5/12). It's a fascinating subject, provided you're not the one who's experiencing victory being wrested from your hands.