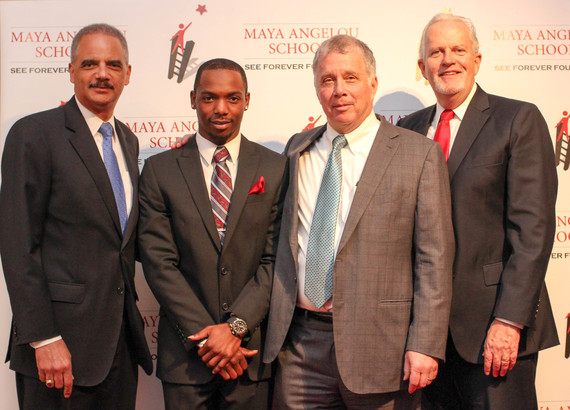 For National Mentoring Month, America's Promise Alliance asked Kenneil Cole, 21, to share his story about the people who changed his life. The following blog post is an edited version of the speech he gave at the See Forever Foundation Gala.

"It is easier to build strong children than to repair broken men." This quote, from Frederick Douglass, is something I strongly believe in.

Throughout my life, growing up in the 8th ward of Washington, D.C., a lot of events could have broken me--coping with drug use in my home and losing my mother, who was my strongest supporter, at the age of 14. This led to me being in foster care and eventually, being homeless. As my life seemed to spiral out of control, I made some poor decisions and ended up incarcerated as a juvenile.

Finally, I lost several family members and friends to violence.

But throughout it all, I've persevered. Far too often, I saw youth like me fall victim to the cold streets of Southeast DC. But I managed to persevere. I never lost hope, because I was fortunate to find a foster father and mentors who made a difference in my life.

The funny thing is, most of the mentors that I have are people that have no official title as "mentor." Mentors that have guided me have come from government, neighborhoods, football coaches, and schools. They've come from various walks of my life, from heart-to-heart lectures and instances of tough love.

Here are a few examples.

At 18 years old, I sat in the Maya Angelou Academy at New Beginnings Youth Detention Center, sobbing to my teacher, Ms. Barbara, about how I thought I didn't belong there.

"Failure is not a person," Ms. Barbara said to me. "It's an event. Learn from it, don't wallow in it." Later that day, Ms. Barbara laminated that quote. And every night, as the lights went out and I sat on my bed, peeking through the small window, hearing the door lock on my cell, I remember saying to myself, "I'm going to make that quote mean something one day."

Once I left the Detention Center, I was a senior in high school, homeless and ready to give up on education, nowhere to go and miserable. One of my teachers said, "Kenneil, I know your circumstances may feel unbearable at times, but you have to focus on the goal and take one day at a time."

It's been three years since then. I can now proudly tell you that I went on to graduate high school and made the Dean's list both semesters of my freshman year because I told myself, "I cannot wallow in failure."

From a Prosecution to an Internship

I know that I am here today because of positive influences and caring role models like Ms. Barbara. Just last summer, one of these caring adults helped me get an internship that changed my life.

One day, my mentor, Trayon White, told me to email a lawyer, Karl Racine, D.C's first-elected attorney general, because he might be able to provide an internship over the summer. So I did. Mr. Racine replied instantly, saying he would look over my documents and, two weeks later, I had the job.

I had the honor of working right alongside Mr. Racine. During my time there, I created and led the inaugural Right Direction Awards, which honor at-risk youth who are being proactive in the community. My internship experience showed me that I can make a lasting impact on my community, that however down and out you get, you never know what opportunity is waiting on the other side of the door.

It's funny how life works. I was once prosecuted by the Office of the Attorney General, and then I worked with them. 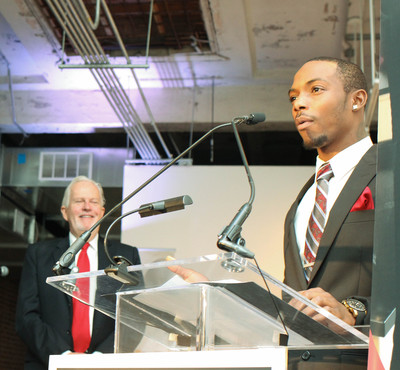 When I graduate from college next year, I plan to pursue a dual law degree with a masters in public policy. I look forward to shaping policies and providing a positive example for the young people who need it most. I'll tell them, "Do not wallow in failure, for adversity builds character, but resilience begins with you."

And to everyone else, I offer this reminder: it is easier to build strong children than to repair broken men.

You can find more information about the importance of caring adults here. For more youth stories like the one above, read Ola's story, Amnoni's story and Ti'Andre's story.

---
Kenneil is a junior at Delaware State University, majoring in political science with a minor in philosophy.