This post was co-authored by Erica Garner and Kemi Alabi. 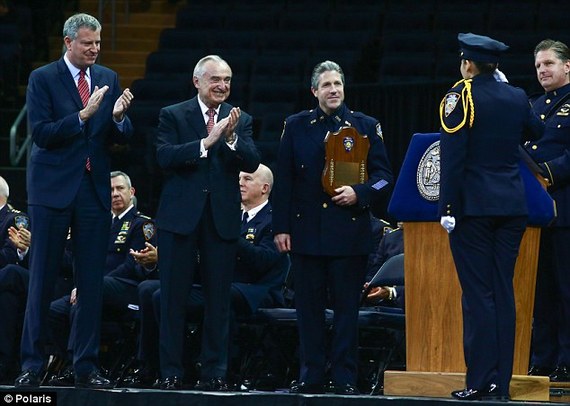 My father, Eric Garner, was killed by New York Police Department officer Daniel Pantaleo a year and a half ago, but last week marks the department's first official charge of wrongdoing in his case. The charge was not made against Pantaleo, the officer who placed my father in a fatal -- and illegal -- chokehold, but against Sgt. Kizzy Adonis, one of two supervising officers at the scene.

We know Sgt. Adonis wasn't even assigned on patrol during the incident. According to Ed Mullins, head of the sergeants' union, she "responded at her own initiative." She wasn't the borough or zone commander. Yet Sgt. Adonis, stripped of her gun and badge, is now being charged on four counts of "failure to supervise."

Though I never find myself agreeing with Mullins, a pathetic imitation of Pat Lynch, we share this opinion: The charges against Adonis are ridiculous.

Adonis, who was promoted to sergeant two weeks before my dad's death, wasn't part of the team that piled on his back. In the video that captured the incident, we all see Adonis creep away. What we didn't see? She went to the ambulance stationed on the corner of Bay Street. According to witnesses at the scene, Adonis spoke to an EMT and made an additional call for assistance -- I guess no one else planned on saving my father's life that day.

So why is Sgt. Adonis the only one facing charges? One guess: like my father, Sgt. Adonis is black.

We know black police officers can feel like outsiders within the force. We know that black officers in Chicago are punished more than twice as often as white ones. Sgt. Adonis witnessed an incident of anti-black police brutality, one that would inspire protests around the world, and had to hold her composure among her white colleagues. I can only imagine what was going through her mind.

The manager of Bay Beauty Supply heard Sgt. Adonis say to the other officers, "Let up, you got him already." Maybe she knew her day was coming. Maybe it was just a matter of time. 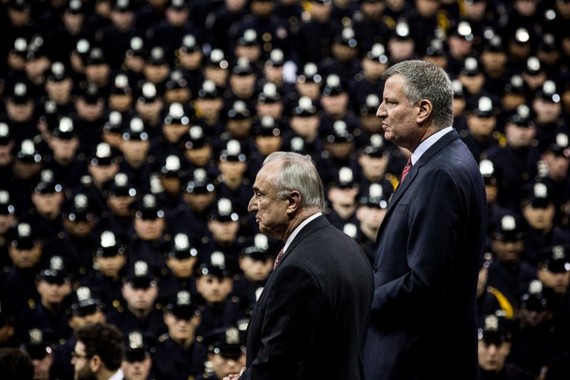 Look at Freddie Gray's case. Look at Sandra Bland's. Instead of transparency and accountability, we get wrist slaps and scapegoating -- and make no mistake, the charges against Sgt. Adonis are no more than this. We can't be satisfied with these meaningless actions. If we want true accountability for racist state violence, we'll need to raise our voices and call out these moves for what they really are: failure to protect, failure to serve and failure to lead.

After a grand jury failed to indict the officers responsible for 12-year-old Tamir Rice's death, his mother, Samaria Rice, laid the matter out plain and simple:

"Due to the corrupt system, I have a dead child."

We need leaders willing to call out the corruption of our criminal justice system and clean it top-to-bottom. This year, as candidates run for local and national offices, we'll hear them claim black lives matter. They'll promise change. They'll do their best to win over black and brown voters longing for justice. Then, once elected, they'll turn their backs on us and uphold the same corrupt status quo.

If I run for congress, I guarantee full transparency and accountability. It's time to step up and become the leaders we've been waiting for. It's time we stopped demanding justice from others and started creating it for ourselves. For Freddie Gray. For Sandra Bland. For Tamir Rice. For Eric Garner. Who's with me?

Cats And Dogs Who Hate Kisses