Most people don't love paying taxes, though they agree on the need to fork over some money to keep the government running. But what type of system do Americans consider fair? And which states adhere most closely to that system?

That's exactly what WalletHub, a personal finance website, tried to figure out in a recent study. The site conducted a nationally representative survey of 1,050 Americans, asking them what levels of state and local taxes they find to be most fair for income taxes, sales and excise taxes, and property taxes. The organization's analysts then compared the results to the actual tax structures in each state to develop a 50-state ranking by fairness.

In particular, one trend emerged: The tax systems in liberal states tended to be slightly closer to what Americans consider fair than those in conservative states. So how fair is your state? Look at the map below, where the darker blue the state is, the fairer the tax system.

Scroll over the map to see each state's ranking. The darker blue the state is, the fairer the tax system.

The average Democratic-leaning state, based on votes from the 2012 presidential election, was ranked about 23rd, while the average Republican-leaning state was ranked 28th, according to the study. However, there were major exceptions to the rule: Some conservative states were ranked as very fair (such as Montana and South Carolina), while some liberal states were ranked as very unfair (such as Washington and Hawaii).

The survey also indicated that Americans broadly support a progressive tax rate that increases as an individual earns more. Here is the average state and local tax rate that survey respondents viewed as "fair" for each income level: 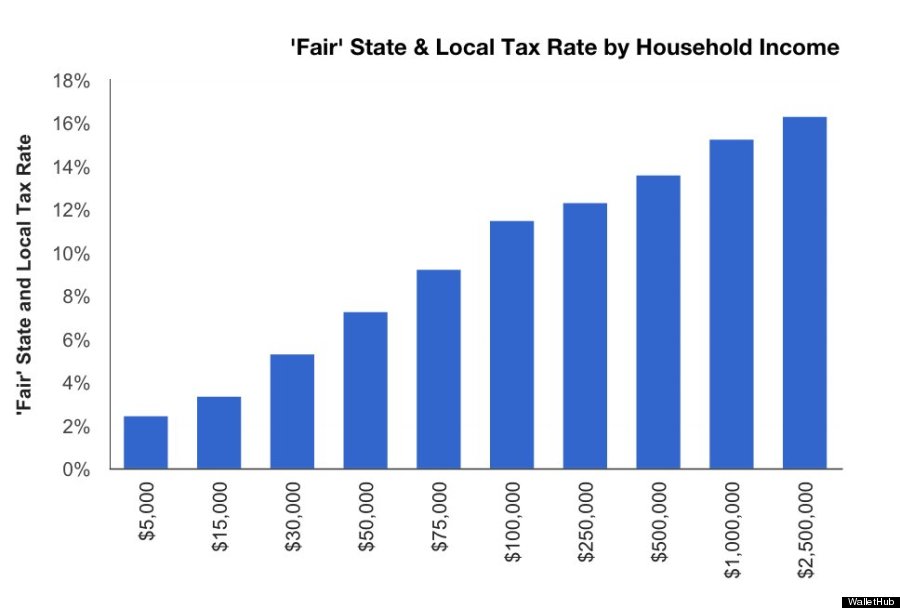 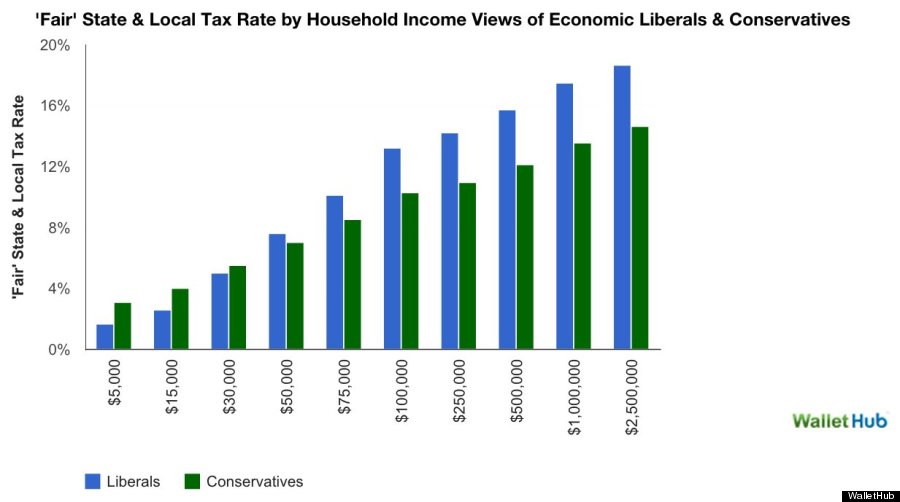 And yet, the country's real tax structure looks nothing like this. Even though most Americans find a progressive rate the most fair, the average state and local taxes on income actually decrease as individuals earn more, according to estimates by the Institute on Taxation and Economic Policy. 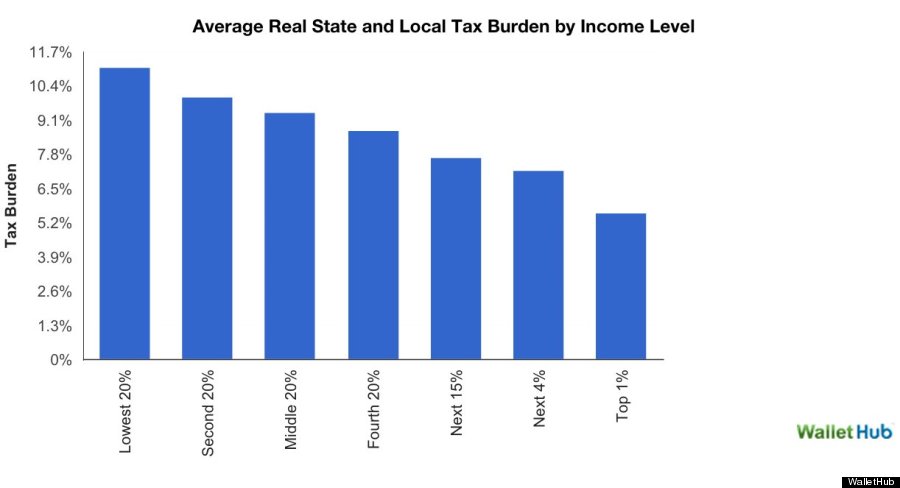 Of course, it should be noted that this survey, while nationally representative, has a relatively small sample size, and what average citizens view as "fair" taxes may deviate from what tax experts and elected officials find to be most fair. However, the study reveals that the values of average Americans -- liberal and conservative alike -- largely don't align with the reality of the country's tax structure.

You can read more about the study's methodology here.