It's in vogue to know exactly where your food comes from, how it's been produced and what it contains, for personal health and from a human rights perspective for the growers and farmers. The trend goes further than just food, a lot of my friends and colleagues in Bondi Beach, Williamsburg or Venice Beach pay a fortune for responsibly-produced clothes, organic cotton and fair trade coffee.

We do it because we want to be responsible and think it's the right thing to do. I don't believe anyone wants to contribute to injustice and unfairness, no matter where in the world it is and my generation is prepared to pay more rather than contribute to the exploitation of workers and farmers. 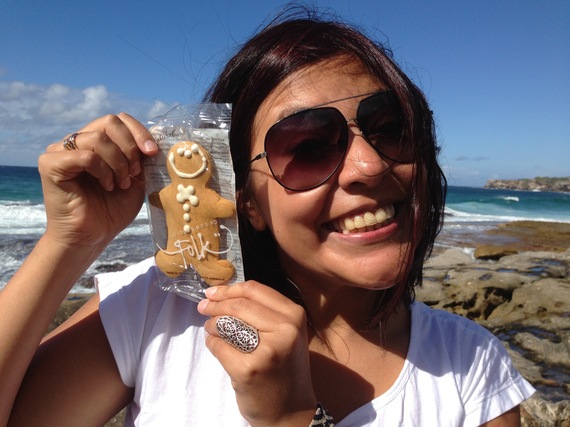 Me in Bondi Beach with my organic gingerbread man.

That said, the very same friends who are fanatical when it comes to consuming organic, have no hesitation to snort whatever white powder is put in front of their noses. People who consume illegal drugs don't even bother to know where their drugs come from, how they are produced or what they contain.

For the past 50 years, the media -- from film to newspapers -- has created what I call the gun-toting narco myth in the collective mind of people. The idea that south of the border, immoral and heartless traffickers, organized in cartels, control the entire cocaine business continues without a question, but there is an informal economy that has grown dependent on the global demand for cocaine.

The drug war brought violence to Latin America, but let me tell you it's also brought opportunity and created a way to escape a system of deeply-ingrained poverty for hundreds of thousands of people, who are the drug workers, coca growers, leaf pickers and gatherers, factory and laboratory workers, transporters, drug mules, micro-traffickers and drug dealers.

I come from Cochabamba, a three-hour drive to the jungle of El Chapare where the coca leaf (the main ingredient to manufacture cocaine) grows wild and in abundance. My family like many others in my town broke the cycle of poverty, directly or indirectly thanks to the illegality of cocaine. I wonder how life would be for many Bolivians if cocaine wasn't an illegal drug?

Coffee and diamonds are completely legal yet why haven't they had the same effect on poverty in Africa? 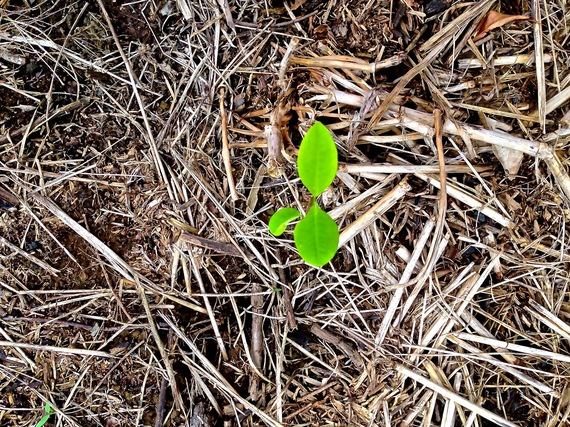 From the 80's onwards it's become the focus of the U.S. government, who tries to eradicate it by any means, using the military and the Drug Enforcement Administration, killing coca farmers and spraying coca leaves with herbicides and defoliants from helicopters. Demand around the world for cocaine is high and the more they fight the plant; the more coca plants are planted. It's taken 40 years for the U.S. government to realize that people from south of the border aren't stupid, that coca and cocaine for us means green dollars.

Bolivia doesn't attempt to tell Europe each of their farmers can only plant a 'cato' (0.25 acre) of grapes because wine is addictive and can kill people, as the European Union does in Bolivia. We don't send our army to factories in the U.S. and force their workers to stop manufacturing coca-cola and other drinks full of sugar because they're addictive and damaging to the health of the planet.

What gives another country the right to come to Bolivia and enforce their laws to stop farmers growing coca? It's an issue of sovereignty.

How do you imagine a boy from a small rural town in Mexico named Joaquin Guzman Loera, alias 'El Chapo', could have broken the cycle of poverty?

His parents, descendants of indigenous slaves, cultivated poppy seeds and barely had money to feed their seven kids who also worked selling oranges. When Joaquin was 15, he began cultivating marijuana and from then his career blossomed to the point where he was named one of Forbes Magazine's most powerful people in the world. Drugs didn't make Joaquin rich, prohibition did. He isn't a lone wolf eating the poor lamb, he is one of the leaders of an army of drug workers that feed the world's economy, where the people who benefit the most are still the rich white bankers of the West, who clean all the drug money. Drugs don't generate violence, prohibition does. The lives of my Mexican brothers are not worth anything for the governments of the West; the lives of the farmers in Bolivia, Colombia or Peru are not worth anything for my friends and colleagues in Williamsburg or Bondi Beach; however I can guarantee you, that if Fair Trade cocaine existed, everyone would want it, because the majority of us, have the human instinct to do the right thing.

As Joaquin Guzman Loera told Sean Penn in the now infamous Rolling Stone article published a few days ago, the day he doesn't exist, drug addiction won't go away and the movement of drugs from Latin America to North of the Border won't stop, because the people who dedicate their lives to this activity don't depend on him.

The cocaine industry isn't in the hands of few drug lords that act as pillars who hold up the entire drug trade but there is a massive and connected unofficial economic system from which we all benefit but only the most vulnerable pay the price.