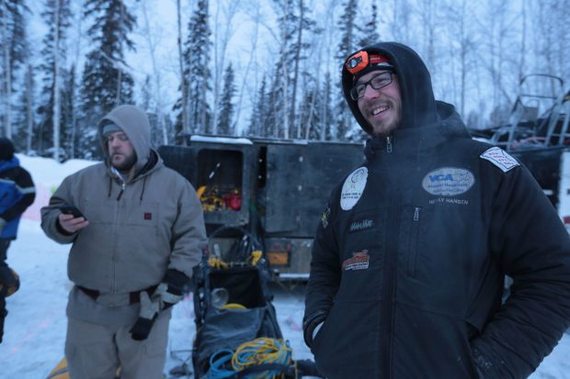 FAIRBANKS -- The caravan of mushers who all made it to Fairbanks on Monday for the Iditarod Trail Sled Dog Race restart praised the return of an unlikely character: winter.

"We haven't seen this in Willow in so long I didn't know what to do with it," veteran racer Linwood Fiedler said about the lack of snow in his Southcentral Alaska hometown.

"This is going to be perfect," he said of the new race course. "New snow, cool temps. I actually left most of my rain gear at home."

Fiedler's Willow home is usually the start line for the annual 1,000-mile sled dog race, but sparse snow after a February meltdown forced race organizers to move the start north to Fairbanks. Instead of participating in the ceremonial start and trucking 90 miles to Willow, mushers instead had a whole extra day to make the 350-mile drive north to Alaska's second-largest city.