Coca-Cola's distributing a new kind of milk -- one critics say has been promoted with sexist ads.

The soft drink giant, which is helping launch a premium milk brand called Fairlife, is getting flak over a test market ad campaign that features all-but-naked models coated in a splash of milk. The images are accompanied by captions such as "Drink What She's Wearing" and "Better Milk Looks Good On You." 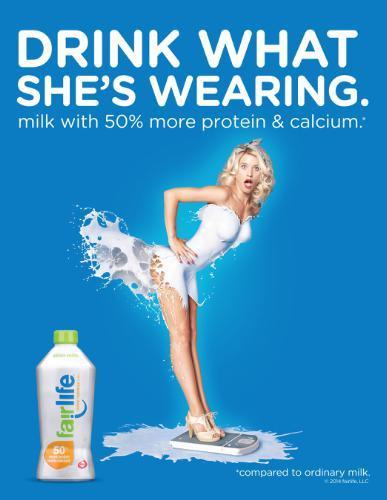 "As if the images themselves weren’t insulting enough, these captions enhance the sexist undertones of a message supposedly intended to focus on health and nutrition," wrote The Independent's Ylva Johannesson in a critique headlined, "Do we really need pinup girls to sell us drinks?"

Fairlife, which is more expensive than regular milk, is said to contain 50 percent more protein and half the sugar. But other critics, too, say the photos -- from a series shot in 2013 by Jaroslav Wieczorkiewicz -- are botching the message.

The Guardian called the campaign "a tedious reminder that when it comes to the objectification of women in advertising, we seem to be slipping backward instead of moving forward." 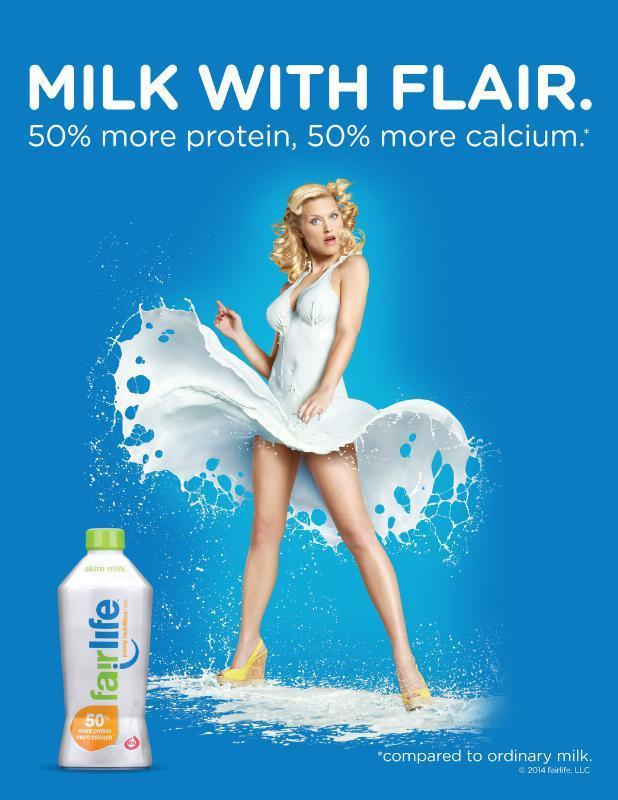 A rep for Fairlife said the ad campaign ended in June, and a new one will be created for the national launch of the product next year.

This post has been updated to include that the campaign was featured in test markets through June. Language has also been changed to better reflect Coca-Cola's partnering role in the new brand.