When U.K.-based artist Robin Wight captured a photo of light streaming into a clearing in the woods, the resulting picture had something unusual about it. In the top left corner the light had gathered in such a way as to create the illusion (or was it?) of a small fairy gracing the photograph. Illusion or not, the fairy captured Wight's imagination and he ran with it. 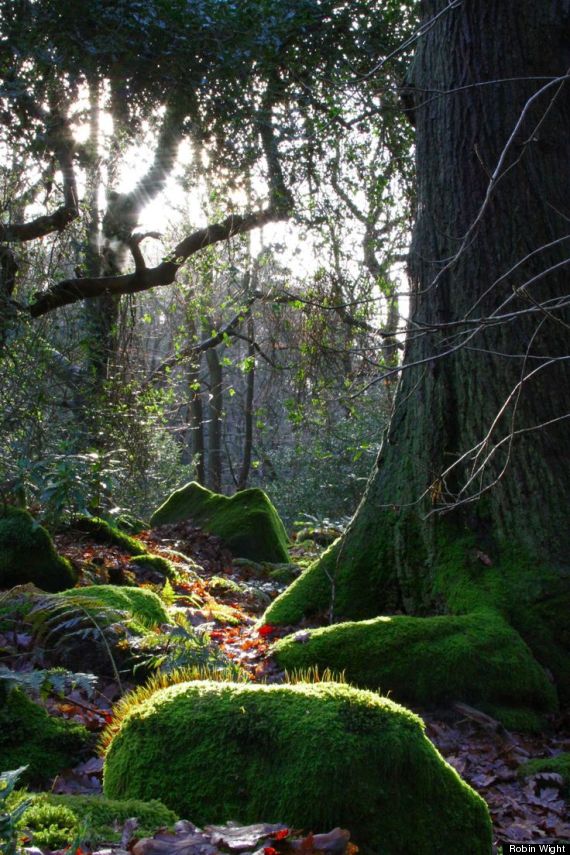 The photo Wight took -- note the blurry patch in the top left.

Wight took the inspiration and began creating wire sculptures of fairies which he wove throughout his forested property. "I put one up in the trees along my drive," Wight told HuffPost, "and the people in the local village spotted it and it became a local landmark."

Fairy folklore may derive from ancient Greek and Arabic mythology, though the term "fairy" is traced to the Middle Ages in Europe. Legends often depict fairies, also sometimes referred to as the fay folk, as mischievous winged creatures with supernatural powers.

Wight's sculptures, now on display at English landscape park Trentham Gardens, capture the whimsical mystery of these mythical creatures. Many are paired with intricate dandelion sculptures which nods to local folklore, Wight told HuffPost, in which dandelion seeds are referred to as "fairy wishes."

Whether you believe in fairies or not, these magical sculptures might just sway even the most cynical heart. And they are certainly a site to behold: 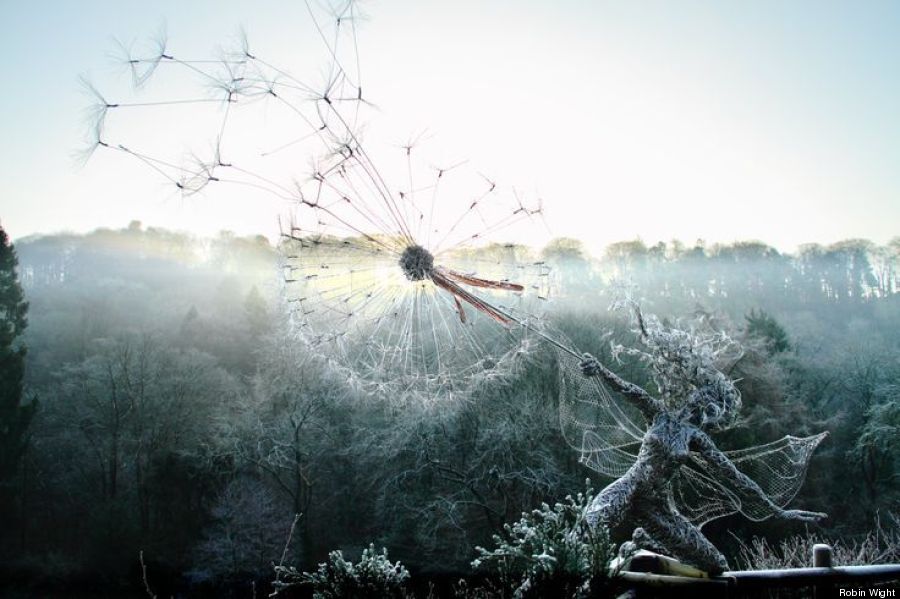 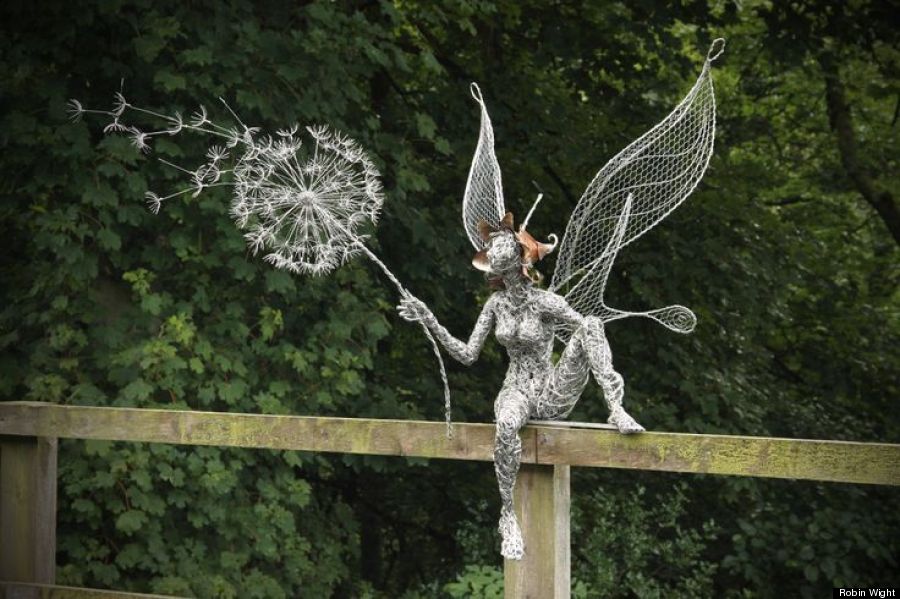 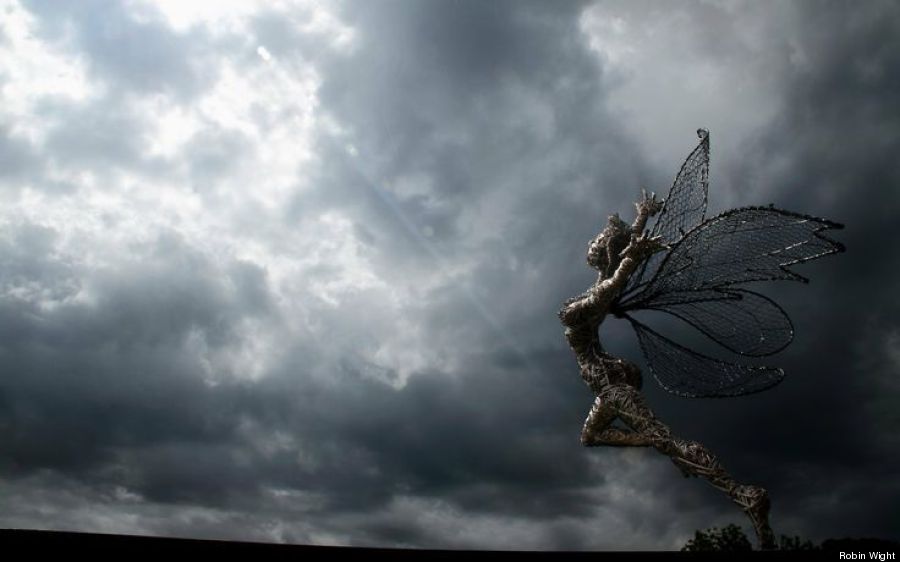 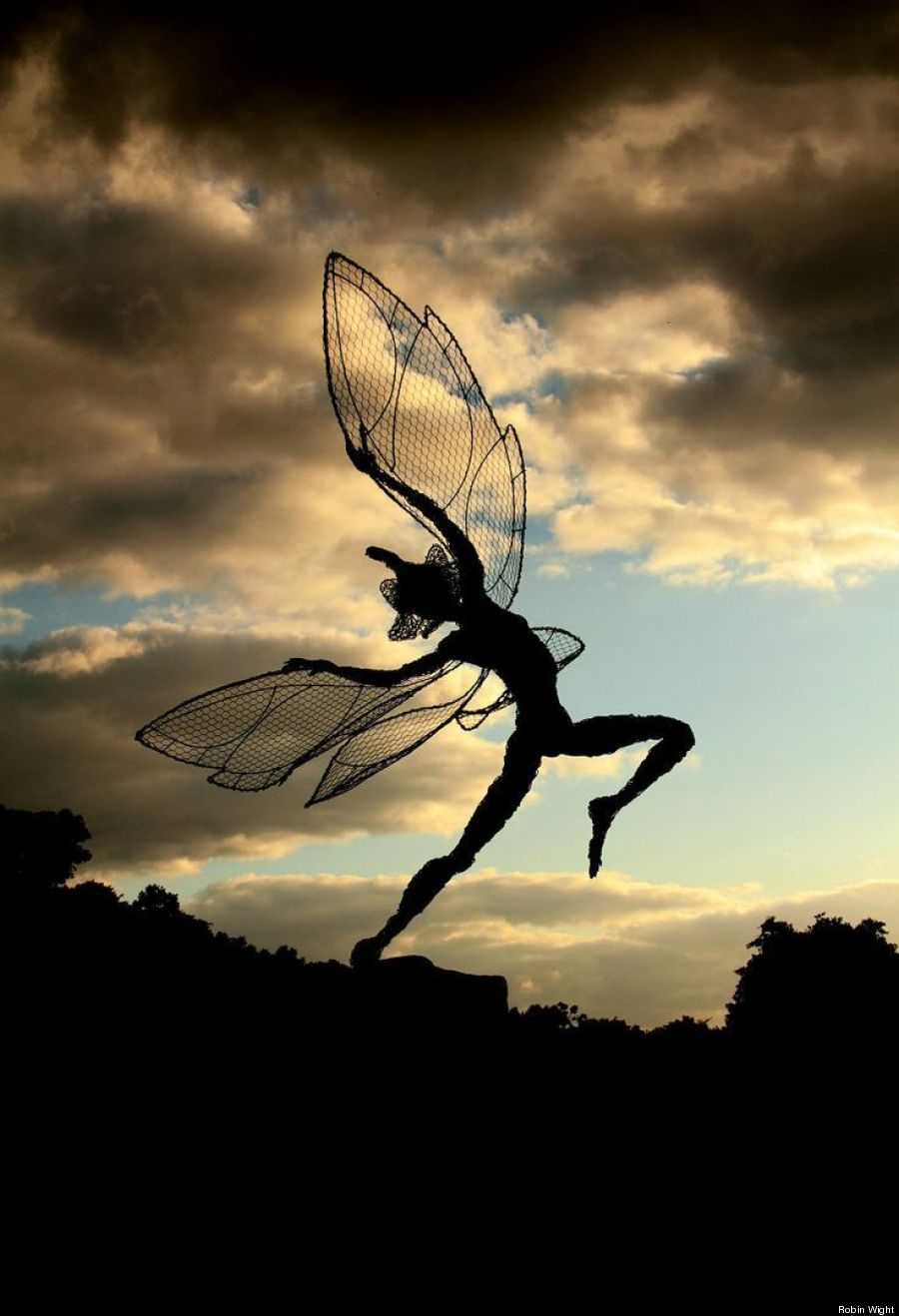 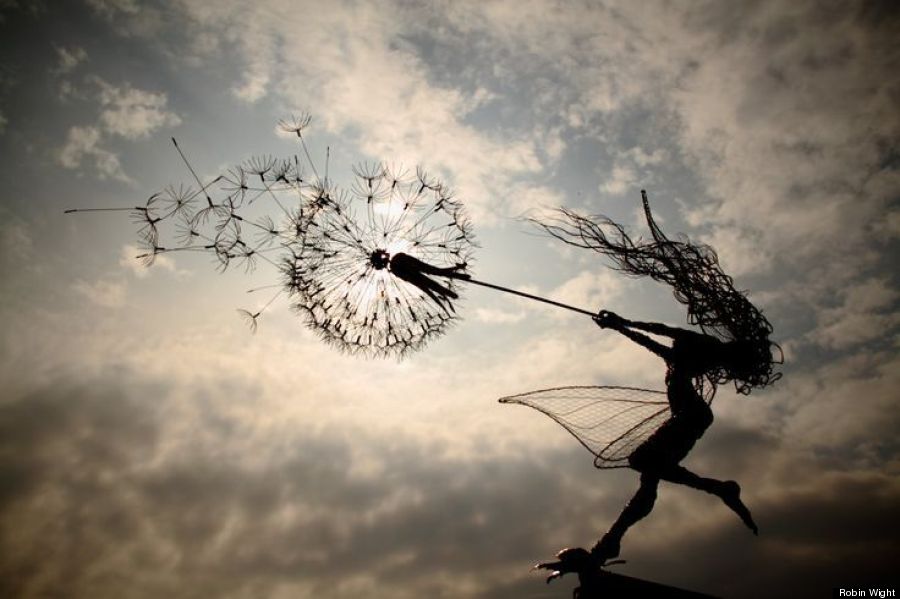 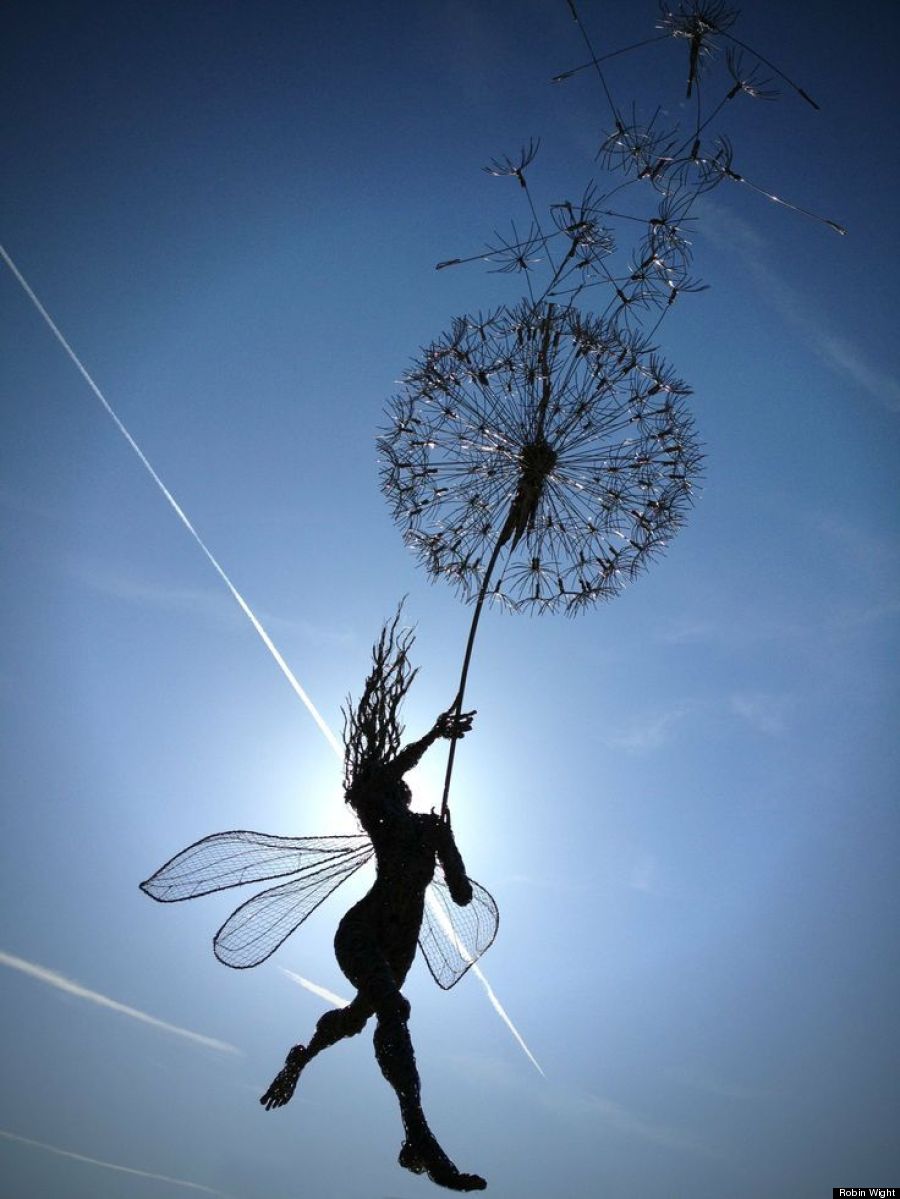 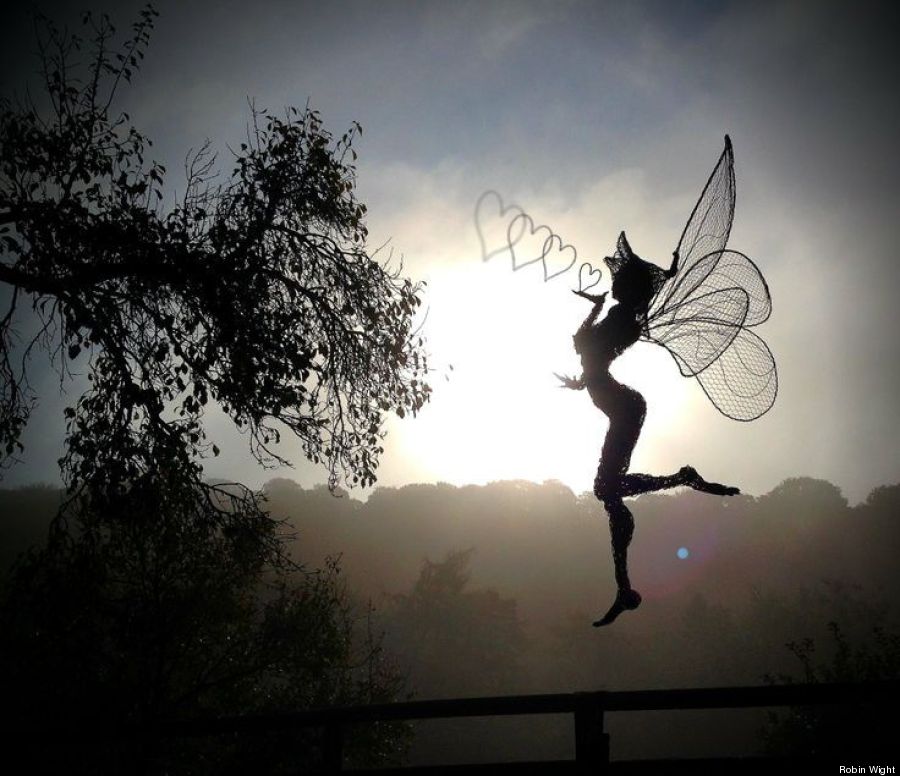 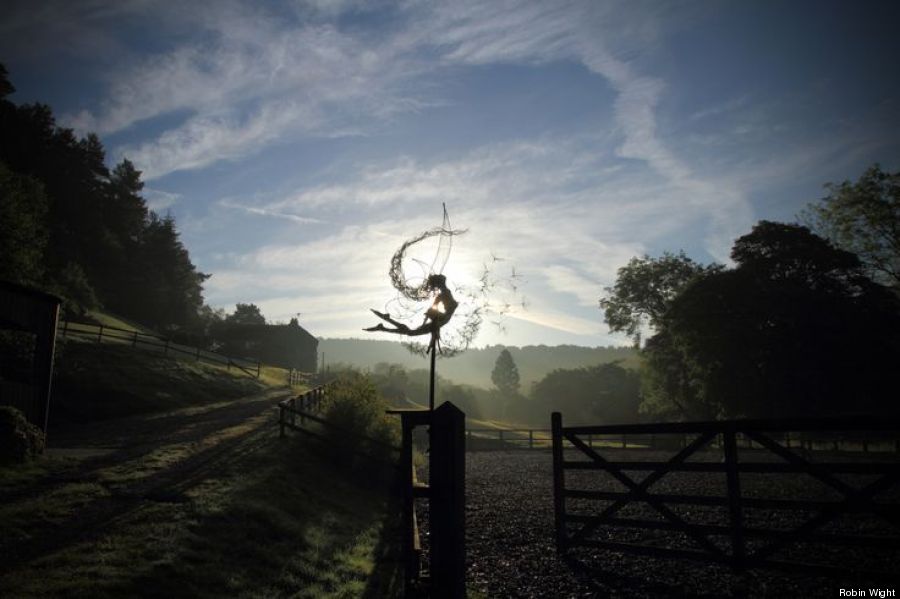 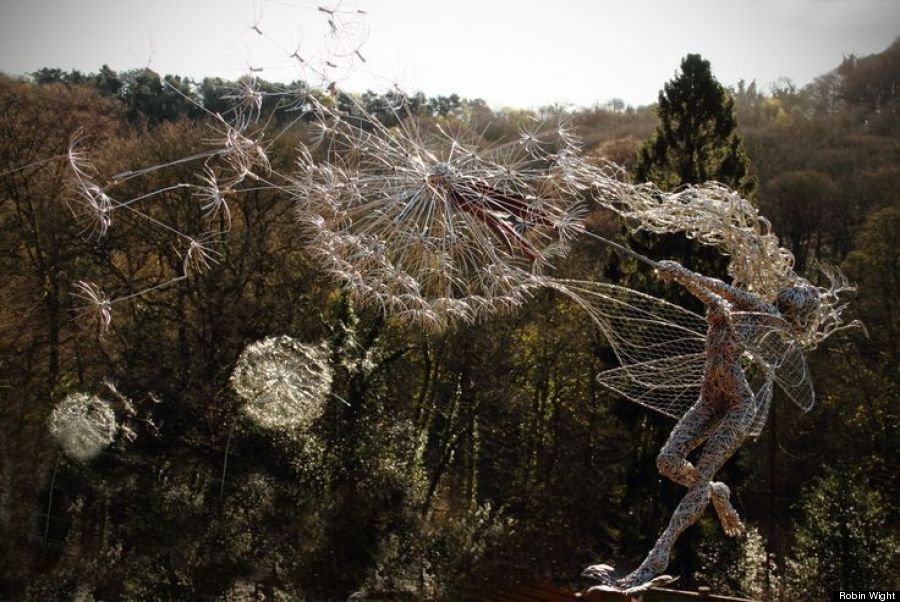 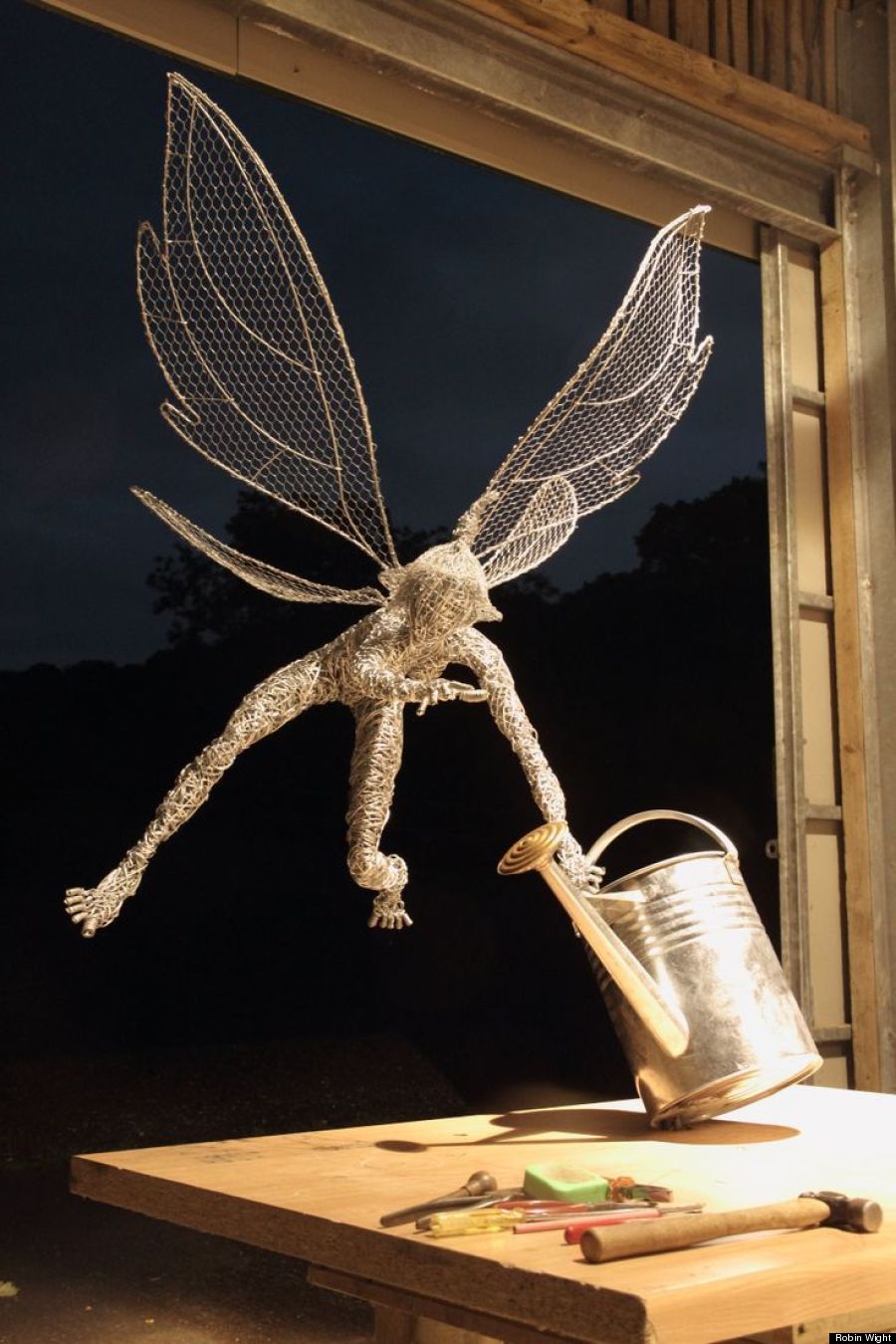 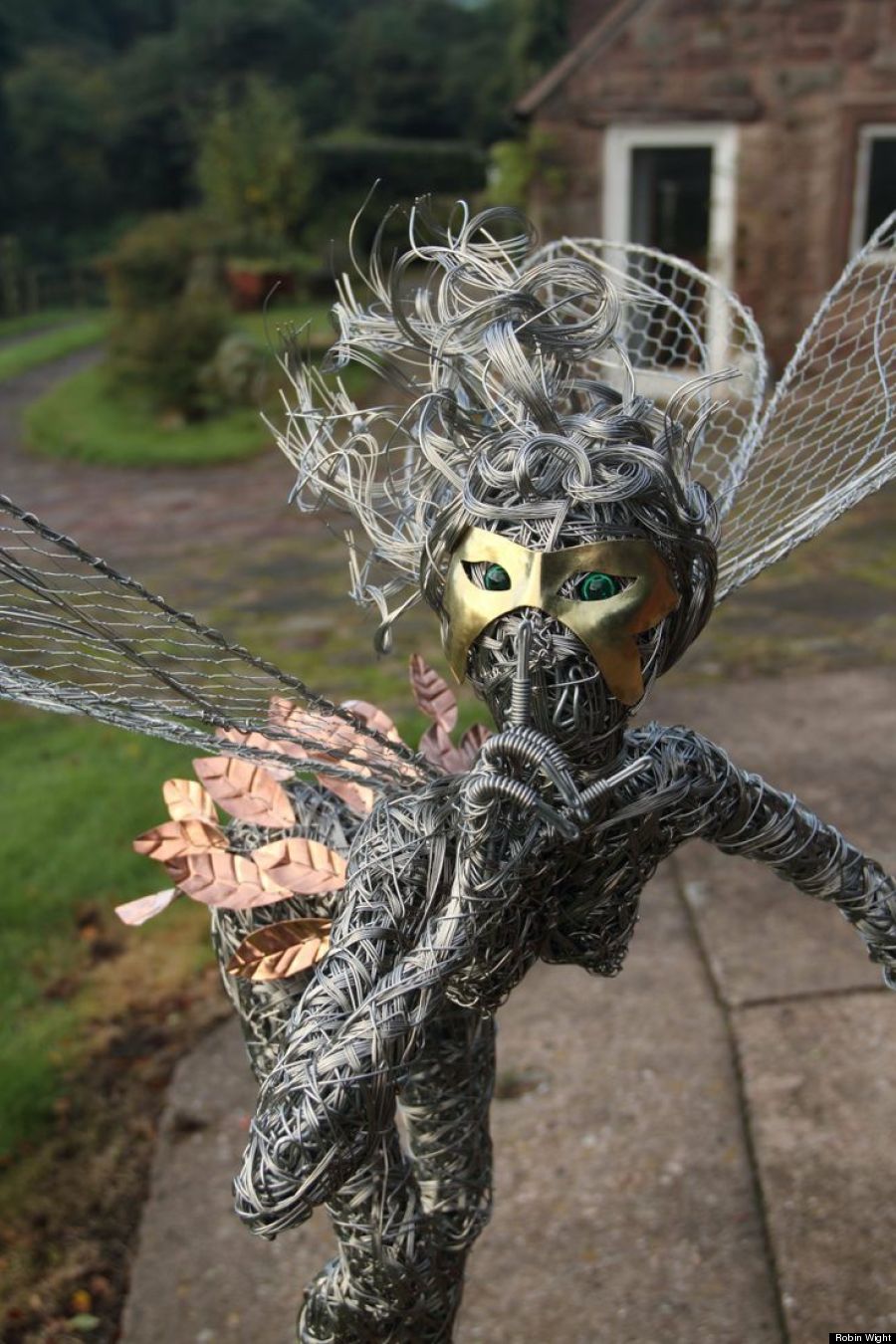 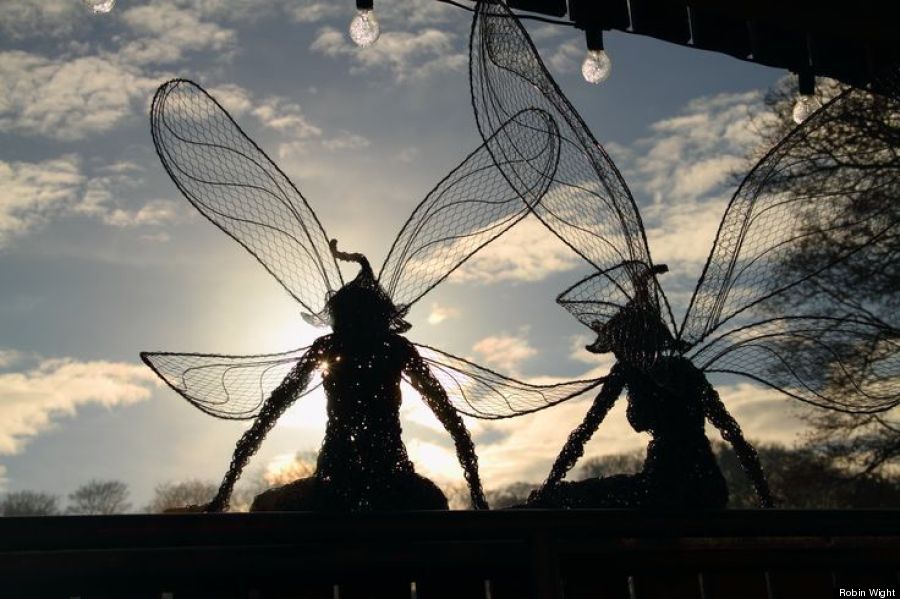 PHOTO GALLERY
Magical Fairy Sculptures Take Us To Another World 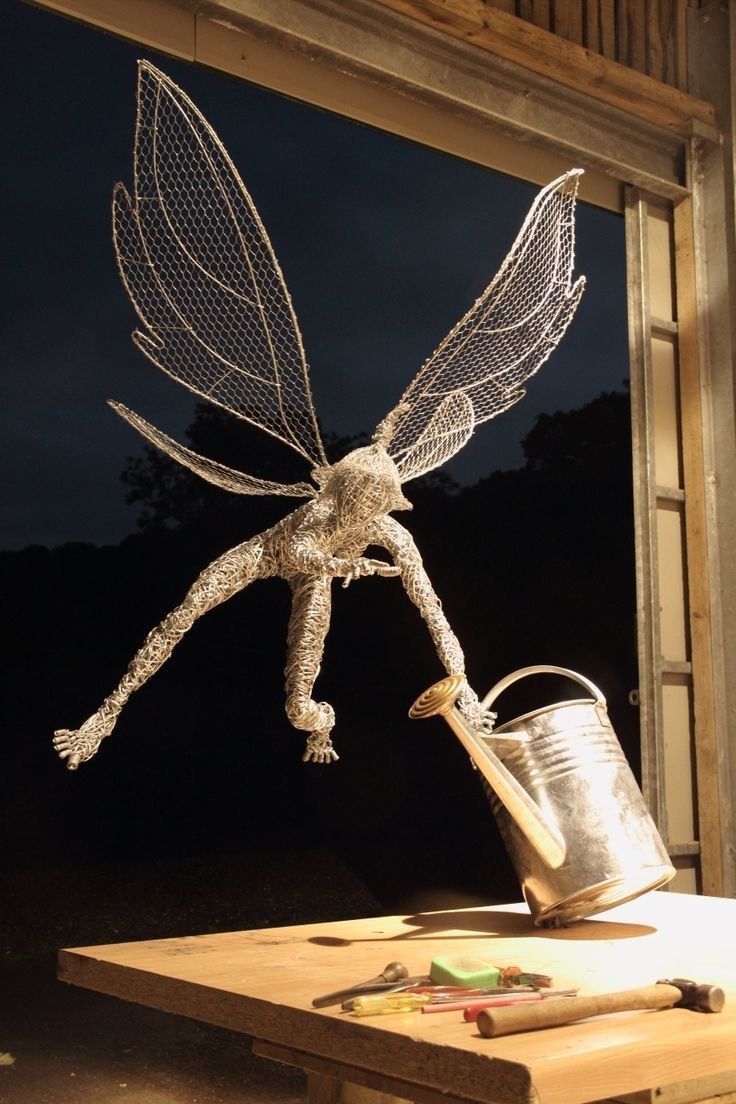