Like Hansel and Gretel, Snow White and Robin Hood, I recently wandered into an enchanted forest.

I didn't happen upon any evil witches, dwarfs or bands of merry men, but I did find an inspiring five-star chateau with a modern-day alchemist who gave me a secret elixir to ensure a long life. 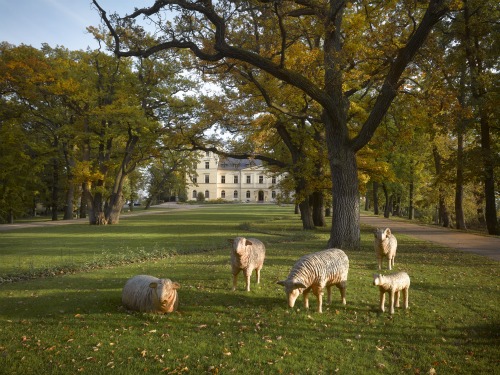 Located in the Czech Republic's legendary St. George Forest, Chateau Mcely, now a boutique hotel, was once the hunting lodge of the Thurn-Taxis aristocracy, a German-based family who set up the postal service in 16th century Europe. From 1869 to 1948, the young aristocrats used the castle to stage news-making parties, fox hunts and literary soirees with such guests as Mark Twain and Rainer Maria Rilke. After the war and the Communist takeover, the neo-Classical chateau that's situated about an hour northwest of Prague fell into disrepair.

In fact, Chateau Mcely was slated for demolition when Inez Sipulova bought it in 2001, not having a clue where she'd find the small fortune she'd need to renovate the crumbling mess.

Together, the Cusumanos, who married in 2003, restored Chateau Mcely to its former glory. Or make that better than its former glory, as this wooded property became the first five-star hotel in the Czech Republic, the second in the whole of Europe, to earn the EU's green Eco Label. That means that not only is the chateau powered with renewable energy (wood chips discarded by local sawmills), but it has a wastewater recycling system, uses long-life light bulbs (sometimes even candles), composts food scraps and trains its staff to sort trash from recyclables.

Set on 12 acres, Chateau Mcely also uses herbs and flowers from the St. George Forest to make its own cosmetics and spa products and to concoct the secret elixirs guests receive upon checking in.

Turns out, Cusumano is quite the Renaissance man. Among his many talents is amateur alchemist. During the renovation process, he built an on-site alchemy lab now stocked with flasks, beakers and antique microscopes where he mixes up the sizzling concoctions. Also unique at this 23-room forest getaway is a 17th-century wine cellar, a roof-top observatory complete with high-power telescopes (guests climb a skinny, pull-down ladder to reach the telescopes and the views of the night heavens.) and a European-style park with forest paths, wishing fountain, princess cottage, an outdoor sauna and an herb garden. 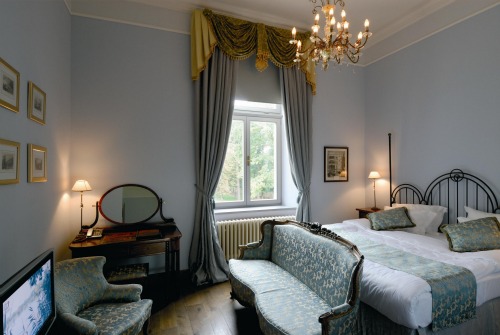