The "End of the World" is not a date, it is a place. I know because a U.N. flight dropped me off there about a month ago. It is in Northern Bahr El Ghazal in South Sudan.

I am sure there are places in the world less equipped to sustain life, but not many. For the majority of its citizens there is no clean water, no electricity, no sewage system, no access to medical help, no escape from the relentless heat and an inadequate food supply. The few resources that exist are being stretched thinner and thinner as the population swells daily. This is due to the arrival of people fleeing the attacks in the disputed region between South Sudan and Sudan to the north, as well as the large number of returnees.

Despite all of this no one seemed panicked and no children came begging when I traveled around the state. In fact there was an air of hopefulness and dignity that did not match the circumstances I was observing. 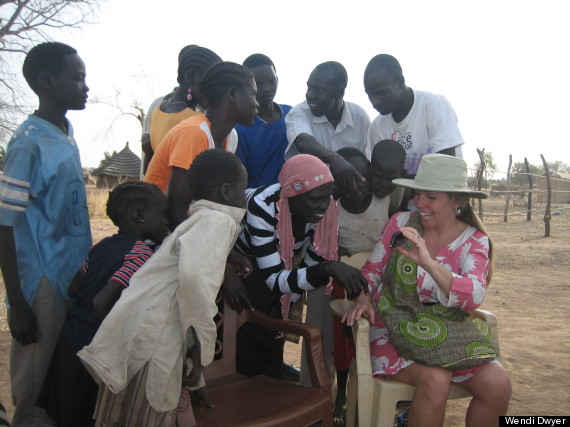 This hopefulness is probably what brought me to there in the first place. I first experienced it seven years ago when we welcomed the Wandi Family into our home. They were refugees from South Sudan. The Wandis had not been exposed to electricity, showers, toilets or traffic.

The Wandis arrived at O'Hare airport with nothing more than the clothes on their backs. Their two sons, Bill Clinton Wandi, 6, and Nelson Mandela Wandi, 4, were balancing very large men's shoes on the tops of their feet with every step as they got off the plane. It turned out they were shoeless and someone put these donated shoes on their feet so they could board the plane in Africa.

At dinner one night my oldest son asked Bulus Wandi, the father, why they had come to America. Bulus drew a big breath, paused for a moment and then began to tell us about the day the armed men came on horseback to his village. He was about 8 years old at the time. He had no idea who sent these men but they told the Christian villagers they would need to follow the ways of Islam or trouble would come to the village.

His brother, who was 14, spoke up, "We don't fear you! Our God will save us!" Then Bulus told us how the men wrapped his brother in something, hung him from a tree and lit him on fire. And then Bulus triumphantly announced, "And God saved him!" My son asked, "He lived?" And Bulus said in full confidence, "No, God saved him."

His faith in God's love and in the promise of heaven was unshaken. Even though his brother was brutally murdered before his eyes, he did not doubt God's presence and provision. His view of the event was strange to us, and it made us question the depth of our faith. Was ours a faith in a God who loves us and provides for us even in the most horrible earthly circumstances?

Over the years I heard stories of faith like this from many South Sudanese friends. Unlike me they saw God clearly in difficult circumstances. I didn't realize they were helping to fortify my faith until I was diagnosed with retinitis pigmentosa, which is an incurable eye disease that continues to diminish my sight. I no longer have enough sight to drive and many things I used to take for granted are becoming more difficult.

I am an artist. My sight is essential, as it is for all of us. If you had told me five years ago that I may be blind, I would have panicked, been angry and most likely been mad at God. It has been hard as my sight continues to worsen, but surprisingly I have peace.

Since 2006 I have helped a group of Lost Boys tell their stories and raise funds to help educate Southern Sudanese students. To date our organization, Lost Boys Rebuilding Southern Sudan, has made presentations at over 60 universities and high schools, including University of Chicago. The Lost Boys' messages -- "never give up," "help one another along" and "know that you will never be lost from God" -- even helped minister to prisoners on Christmas Eve. Now, it is ministering to me. 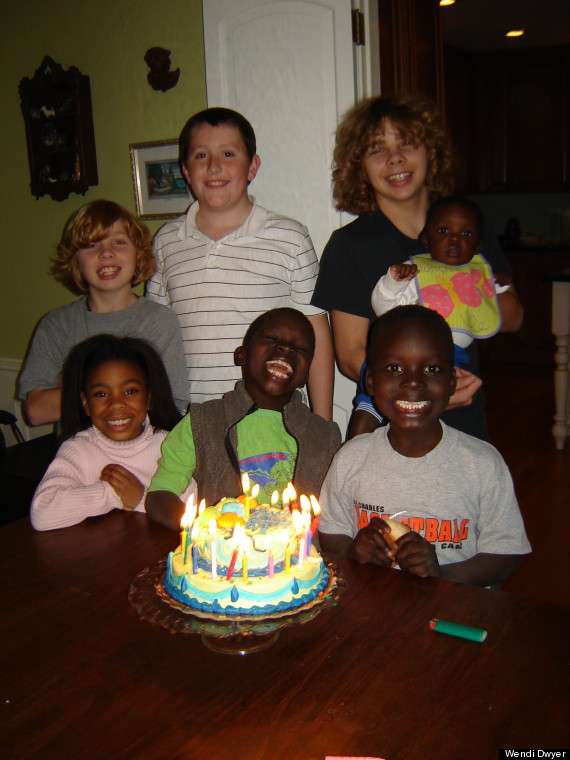 I thank God for bringing this dedicated and faithful group of young men into my life. In the mid 1980s, the Lost Boys were 5-12 years old when they fled attacks by the Janjaweed on their villages. Their homes were burnt to the ground, many of their fathers murdered and their mothers and sisters were often taken as slaves. Their attackers were backed by the Muslim Sudanese government in Khartoum, who were trying to wipe out the non Muslim people of South Sudan so that they could have control of the land and the resources, such as oil. The Lost Boys walked more than a thousand miles to safety in Ethiopia. The boys worked hard to keep each other encouraged and alive during this long journey. More than 27,000 boys reached Ethiopia, and still many died along the way.

Over the years my family has helped many Lost Boys apply for jobs, save money by staying with us short term, celebrate holidays and adjust to life in America. But most of all we have committed ourselves to coming alongside them to help bring education to South Sudan. Education is necessary to bring about peace and stability.

We could have never have guessed how blessed we would be by these relationships. When I shared my diagnosis with the Lost Boys they immediately told me to never give up, they would help me along and God will show Himself mightily through this.

They have driven me grocery shopping, been over more than ever to help out and even encouraged me to travel to Northern Bahr El Ghazal with them to make preparations for opening our new school.

This brings me back to the "End of the World." As I was feeling vulnerable there in Northern Bahr El Ghazal without any of the things that make me feel safe in America, I began to wonder about my faith. Is my faith in God or is it really in medicine, the legal system, sewers, my bank accounts and all the other institutions that make me feel protected?

I remembered my friend, Rachel, asking me why I was worried to travel to her homeland, South Sudan. My list of concerns seemed inconsequential to her. She answered my long list with, "You know God will be with you there, too. He protects you now, He will not leave you when you leave America." The strength in her words almost melted my list in the air.

If my confidence is in God alone as it is for many of the South Sudanese Christians at home and those I met in Northern Bahr El Ghazal then I look to God with confidence and hopeful expectancy in every circumstance. Now I understand the hopefulness and dignity that confused me when I first arrived. It is the result of unconditional faith.

Northern Bahr El Ghazal isn't really the "End of the World." However the South Sudanese need help rising up from the ashes after 50 years of oppression and 30 years of war under the control of Sudan to the north. More than 3 million South Sudanese lost their lives while striving for independence. Please voice your support of South Sudan to your senators and federal representatives. I encourage you to volunteer and donate to organizations working to bring wells, schools, food supplies and medical help to this fragile new nation.