A Miami judge has charged Nery Carvajal-Gonzalez, 48, for unlicensed health care causing serious injury, CBS Miami reports. She was picked up this week after landing at Miami International Airport, and is being held on $100,000 bond.

Carvajal-Gonzalez had allegedly operated on her victim, an unnamed 55-year-old hair stylist, several times before she performed the bungled penis enlargement. She gave the man cosmetic facials and injected filler into his buttocks to enhance their shape, The Sun Sentinel reports.

The victim paid Carvajal-Gonzalez $2,500 for the butt injection. Though investigators said "there was a hole in his buttocks that fluid was leaking from," he decided to go forward with the penis enlargement surgery anyway.

In February, Carvajal-Gonzalez allegedly put an implant in the man's penis to make it longer and thicker, but the fillers she used permanently disfigured him, according to ABC affiliate Local 10.

"The victim's penis was now incredibly small, yet very swollen and the skin around the shaft had been removed and was raw," investigators said in a warrant.

For repairs, Carvajal-Gonzalez took the man to meet Mark Schreiber, a fake doctor known as "Dr. Mark," at a warehouse in Hialeah. Schreiber, 60, had already spent two years in jail, starting in 2008, for performing unlicensed plastic surgeries.

The victim reportedly paid Schreiber $1,000 to get Carvajal-Gonzalez's implant removed. After the procedure, the man removed his bandages to find that his penis had been mutilated further. Schreiber told him that the look was normal, and then stopped answering the victim's calls.

Earlier this month, Schreiber was arrested on a charge of unlicensed health care causing serious injury. He's reportedly being held without bond.

The victim's ordeal "reads like a horror script," prosecutor Warren Eth told Local 10. "It's almost unbelievable that a human being can voluntary do this to another human being. Not once, not twice. This was not an isolated incident. [Carvajal-Gonzalez] solicits business and butchers people."

The victim says he's permanently disfigured and can't have sex. He also feels no sensation when he urinates, and suffers from painful "spontaneous erections," investigators told the New York Daily News. 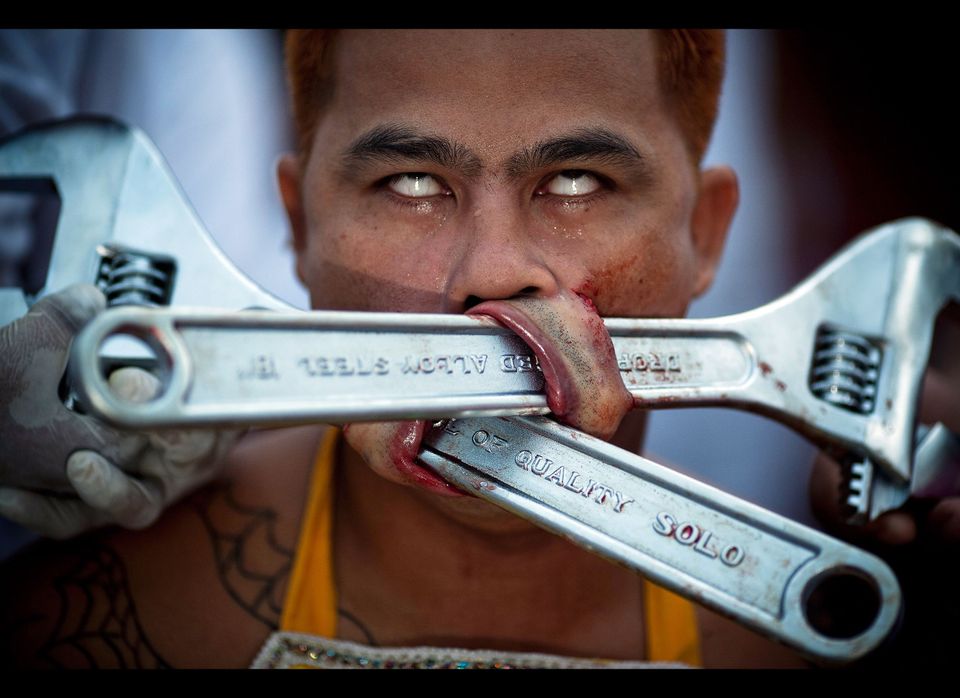