Kids have a knack for falling asleep in some of the most impressively bizarre places and positions. When dad John Galbincea found his 2-year-old son Andrew sleeping soundly on the stairs -- after his repeated attempts to sneak out of his new toddler bed and wander around the house -- he knew he had to capture the moment.

After seeing the hilarious photo, the family's "very talented friend" Eric Metze came up with the idea to make a movie poster, John told The Huffington Post. Two days later, "Bedtime" was complete. 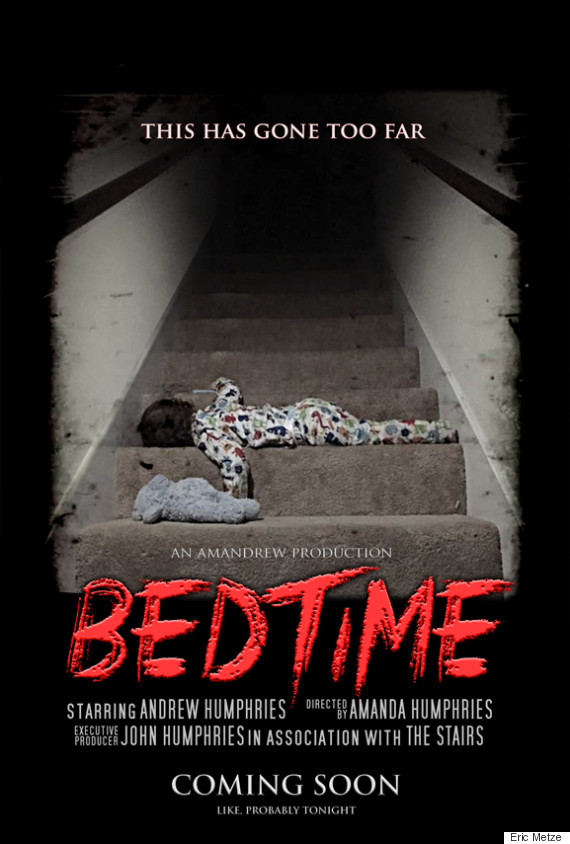 John and Eric were not expecting the image to zoom to the top Reddit like it did, but they're happy other people were able to appreciate the amusing moment.

Dad says he's having a full-sized poster printed to hang in Andrew's room.