As soon as the new Pope was chosen, a land-grab for Pope Twitter handles commenced, as did a swirl of confusion over what was real.

One account in particular (@JMBergoglio) gained tens of thousands of followers in a matter of minutes.

The account seems legitimate at first glance, but it is actually an old parody Twitter account for the cardinal, as Mashable pointed out. The account is tweeting in Spanish and in character, about how happy Pope Francis is about his new position. 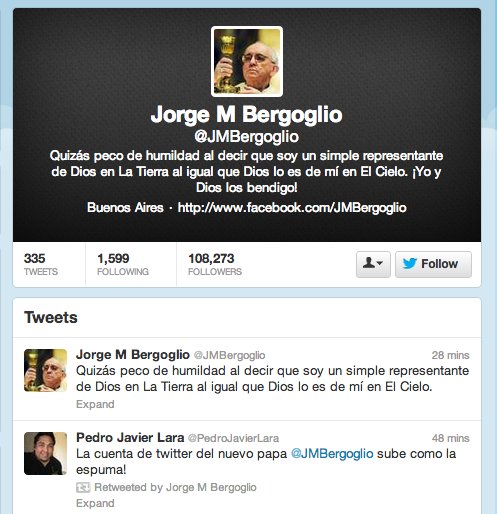 This Twitter account is connected with a fake Facebook account for the new Pope as well. This Facebook page has 56 friends and 'likes' a page called "SEPARACIÓN TOTAL DE LA IGLESIA CATÓLICA Y EL ESTADO EN ARGENTINA," which translates to "Total Separation Of The Catholic Church And State In Argentina."

Here are a few more fake Pope Francis Twitter accounts for you to enjoy: 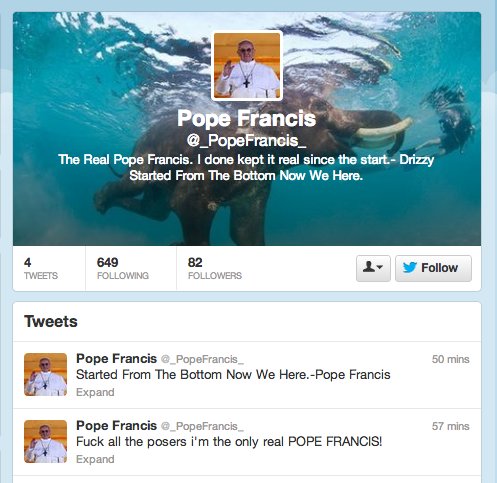 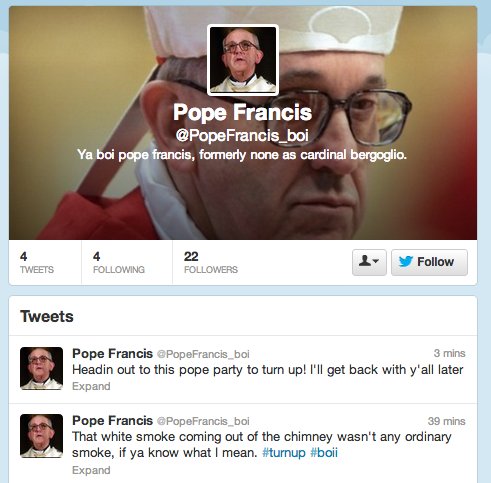 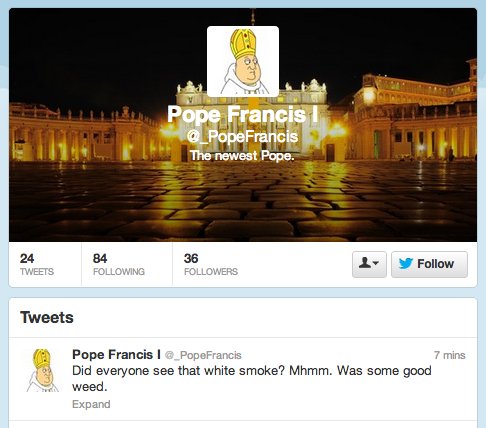 The Pope does actually have an official Twitter account. It's the same account that Pope Benedict XIV used, and it was shut down when he resigned. It was very recently revived for Pope Francis and has sent out one tweet so far. 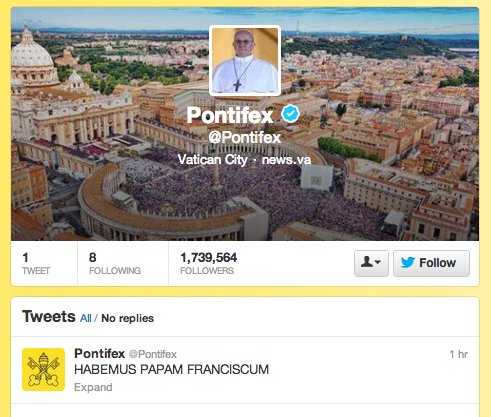