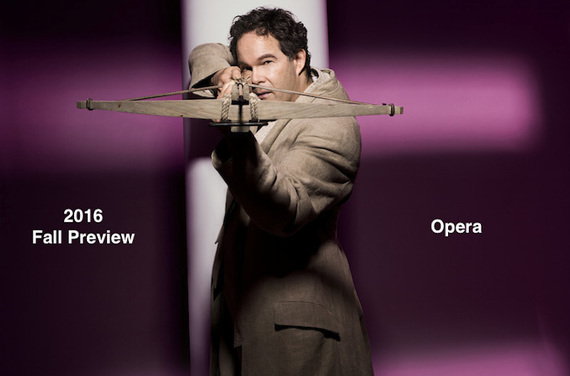 If you follow opera like I follow opera, you'll know that last season was an exciting one in New York City. Soprano Christine Goerke had a big success in Elektra at Carnegie Hall with the Boston Symphony and Andris Nelsons. At the Met, bel canto soprano Sondra Radvanovsky left the season with superstar status as she conquered three roles and opera audiences in Donizetti's 'Tudor Queen' trilogy (Anna Bolena, Maria Stuarda, Roberto Devereux). William Kentridge and coloratura soprano Marlis Petersen shocked and dazzled in Lulu, while at the Park Avenue Armory Louis Andriessen's expansive De Materie arrived with blimps and a flock of compliant sheep. New York City Opera, in a reprieve from bankruptcy funded by billionaire hedge fund manager Roy Niederhoffer, staged several Toscas at their new home in Jazz at Lincoln Center's Rose Theater, which also played host to Gerald Barry's ebullient The Importance of Being Earnest. Bel canto tenor Javier Camarena broke the Met's house 'no encore' rule (as Ernesto in Don Pasquale), joining Luciano Pavarotti and Juan Diego Flórez as one of three singers to do so since 1942. Swedish soprano Nina Stemme, who opens the Met's 2016/2017 season as Isolde, delivered a wrenching Elektra of her own in Patrice Chéreau's crisp production.

There was more, but on to the new season that is just around the corner. Let's dive in.

There are at least two indisputable reasons you should take in the Met's new Mariusz Treliński production of Tristan und Isolde: Sir Simon Rattle and Nina Stemme. Rattle, who is not seen often at the Met, is seen often in New York leading season highlight after season highlight with his Berliner Philharmoniker. The Rattle-Berliner-Sellars St. Matthew Passion at Park Avenue Armory several seasons ago was sublime, and there is no finer conductor to lead one of the most exquisite scores in the opera rep. Rattle teams with Nina Stemme, one of the world's great dramatic sopranos and, according to Met General Manager Peter Gelb in a recent interview with ZEALnyc, the world's finest Isolde. Stuart Skelton sings Tristan and Ekaterina Gubanova, Evgeny Nikitin and René Pape join. Tristan und Isolde opens the Met's season on September 26 and runs through October 17. 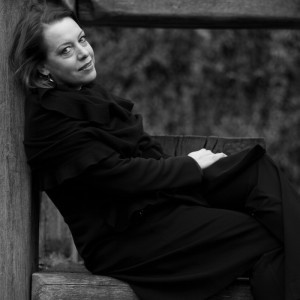 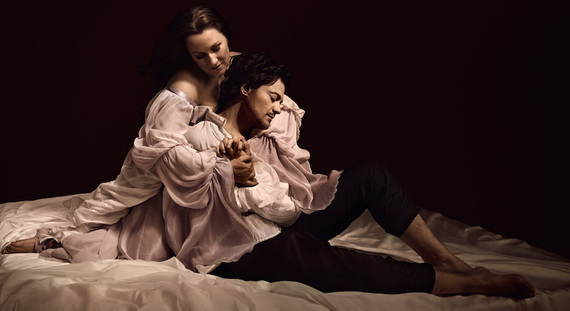 New York City Opera's 2013 demise was a kick in the something for many New York opera lovers. So it is hard not to cheer hard for its revival survival, and here I go. NYCO has taken up residence at the centrally-located Jazz at Lincoln Center Rose Theater in Columbus Circle. Interestingly, they've introduced a chamber opera series into this season, affording them some nice artistic dexterity and cost control. This series starts with Tobin Stokes and Heather Raffo's Fallujah, which examines an Iraq War tour of duty and its post-traumatic aftermath, and runs November 17 - 20. Later in the season (January 6 - 12), NYCO pulls out both Harold Prince and Candide for a revival of the NYCO staple. The season starts with Pagliacci paired with the rarely-heard Aleko by Rachmaninoff, both with love triangles and bloody ends, September 8 - 13. And next June (10 - 16), NYCO gives the New York premier of Péter Eötvös's ambitious Angels in America. Opera challenge - hit at least one of these this year. 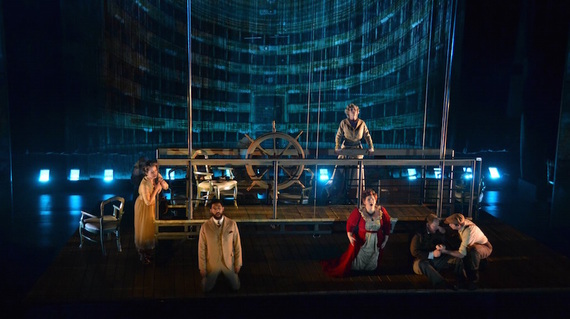 The Brooklyn Academy of Music hosts two operas this fall. In a world premier, David Lang's The Loser examines a failed piano student's friendship with piano genius Glenn Gould in a daring production that puts the opera's sole character, Conrad Tao, in a tower twenty feet above the empty orchestra seats of BAM's Howard Gilman Opera House (audience seating is mezzanine-only). It plays September 7 - 11. Donnacha Dennehy's The Hunger, based on Asenath Nicholson's Annals of the Famine in Ireland, examines in the first-person the Great Famine of 1845-52 September 30 - October 1. Both are exquisitely typical BAM fare. Head to Brooklyn.

The Park Avenue Armory hosts Esa-Pekka Salonen and the New York Philharmonic as they celebrate Finnish composer Kaija Saariaho with four works. Circle Map for orchestra and electronics and in its New York premier, builds on six stanzas from 13th century Persian poet Rumi. Also on the evening is the US premier of Saariaho's Lumiére et Pesanteur, and soprano Jennifer Zetlan sings Saariaho's Lonh (to electronic score). October 13 - 14 at Park Avenue Armory.

It is going to be a busy season. See you at the opera. 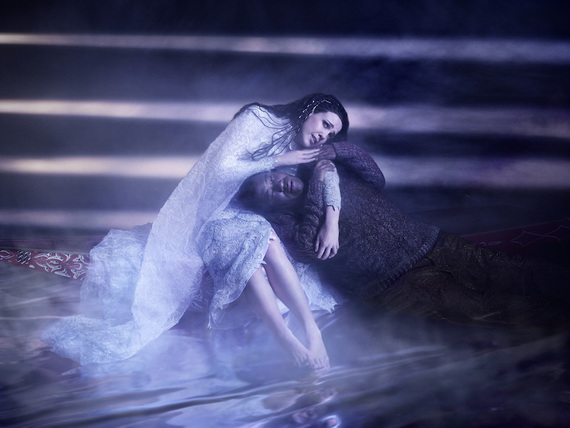