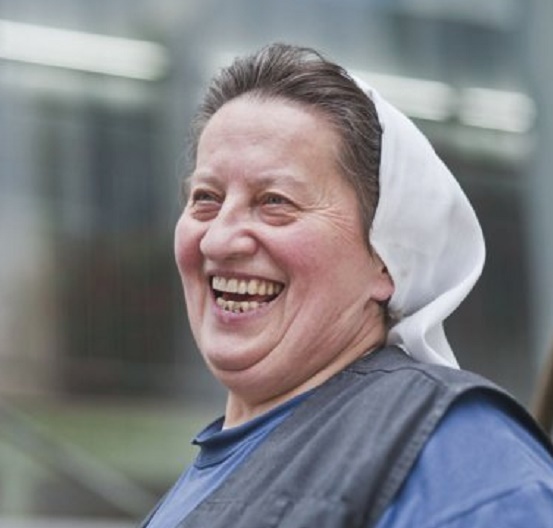 As Germany works itself into a public froth celebrating the 500th anniversary of its beer purity law ("Reinheitsgebot") this year, an industry-sponsored expedition led by beer ladies from the U.S. will throw a spotlight on the back story of German beer.

The fall beer and brewery tour will pull back the curtain on Germany's craft beer scene, highlighting emerging women beer-makers and celebrating traditional small-scale native breweries that operate off the grid and out of the limelight.

The Meinel sisters, imaginative 11th-generation brewers, who are turning heads with a new line of craft beers in the far-off town of Hof, are on tap for the expedition.

So is Sister Doris, Germany's iconic, unstoppable beer-brewing nun, who crafts soulful brews at Mallersdorf Abbey in remote eastern Bavaria, as unlikely a magnet for beer lovers as you can imagine.

The initiative is spearheaded by the Portland-based Pink Boots Society, a nonprofit trade group of nearly 3,000 women in the beer and brewing industry that is sending its own members and signing up other beer enthusiasts for the fall expedition. It's a pro-level tour, but you don't have to be a pro to join the group.

As in the U.S., the German beer scene is dominated by a handful of producers. In the Munich area, they include Augustiner, Hofbräu, Paulaner, Löwenbräu, Spaten and others. Together, these Munich producers put out a staggering 6 million hectoliters, or 158 million gallons of sudy a year. 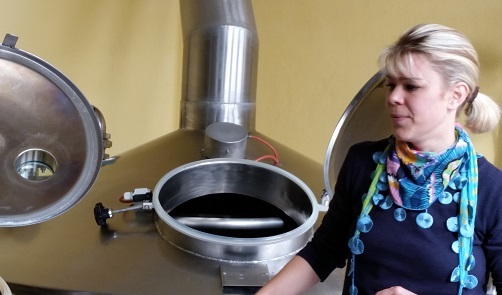 But it's important to keep in mind that 70 percent of the beer-makers in Germany (924 breweries) are smaller-scale, private or family-owned operations.

Some of them are hundreds of years old and they have real live people standing at the mash tun who think of beer-making as a real craft and beer as a cultural treasure.

Big Beer holds sway in Germany and small- and medium size companies have a following. But change is in the air. "The beer and brewing paradigm is shifting in Germany," says Pink Boots Executive Director, Emily Engdahl.

While regional breweries are enjoying lots of buzz, a new generation of insurgent beer-makers is starting to brew outside the box. 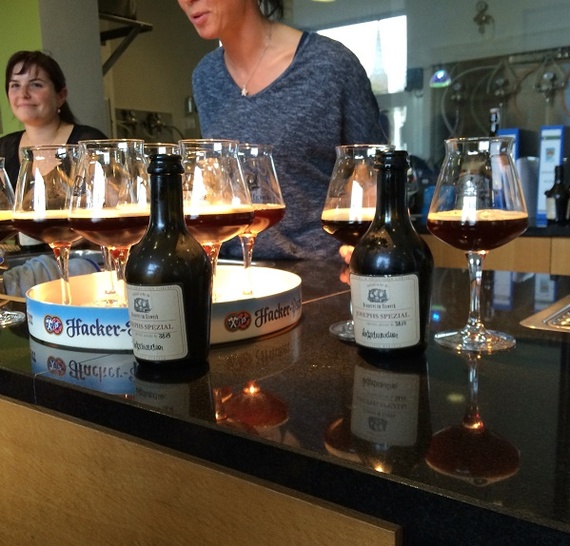 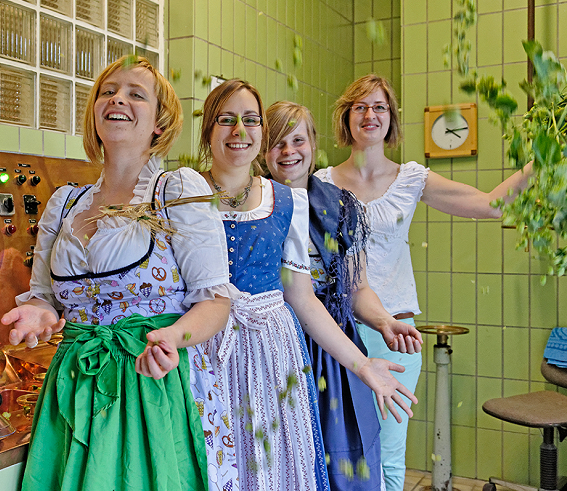 One by one, new school craft breweries are coming on line, including the genre-busting Kundmüller Brewery in Franconia and Crew Republic, in Munich, which is hosting the Pink Boots group. Others are located around Bavaria, in Berlin and Hamburg.

If the advance response is any indication, prominent industry backers are embracing the Pink Boots' beer without borders idea. They're attracted to the educational and networking opportunities the trip holds in store for participants, and they aren't holding back. Pink Boots has signed up Boston Beer, Oskar Blues, BSG Craft, Lagunitas, Craft Beer Importers, Sierra Nevada and Barth-Haas as sponsors for the fall expedition.

Interestingly, the Pink Boots expedition is also attracting industry support in Germany, where interest in American-style craft brewing is growing. 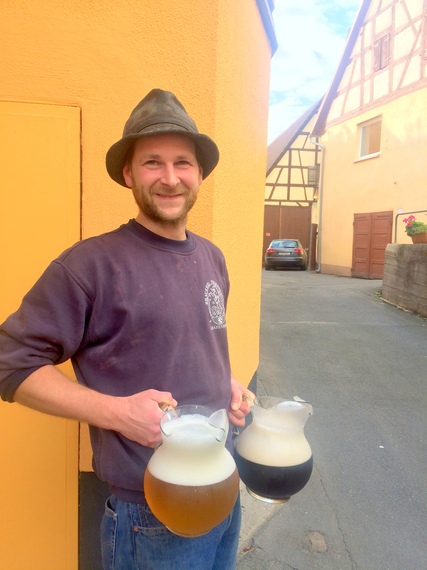 Two associations of family-owned and small-scale breweries are throwing their weight behind the expedition and serving as sponsors: the Association of Breweries of Upper Franconia and the Bavarian Association of Private Breweries, which is hosting a kick-off event and private tasting.

Some Pink Boots members will be traveling on scholarships, funded by the sponsors. Others cover the cost themselves. Although membership in Pink Boots is only open to industry women, the group has a large following in the broader craft beer community and the fall tour is open to women and men.

Is there beer beyond Munich?

The answer is Yes! It's diverse, it has integrity, it's loaded with character and it's made by people with stories to tell. And it will be on tap this fall when the Pink Boots expedition makes its way through Bavaria.

Good beer is worth traveling for. Tom Conrad is working with Pink Boots to organize the Beer Bratwurst and Beyond Study Tour in October. Space is limited. The group will get a up-close look at craft brewing, women's brewing, abbey beers, regional family breweries and artisanal eats. Tour info at Treasures of Europe Tours.

Scenes from The Bavarian Beer Trail 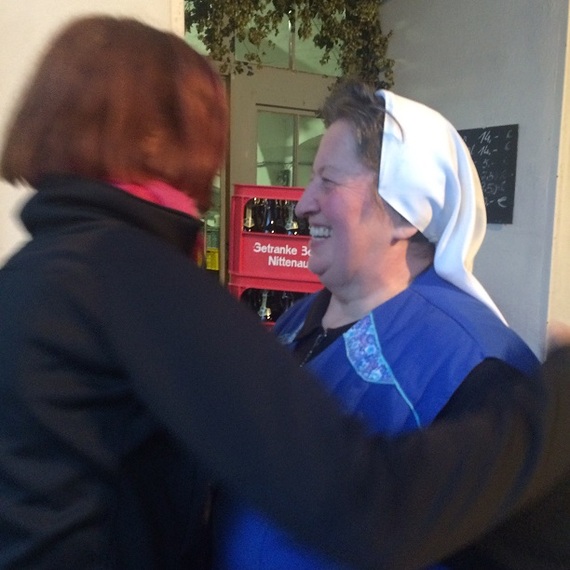 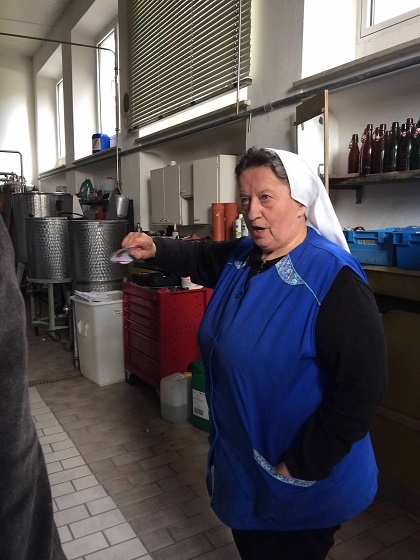 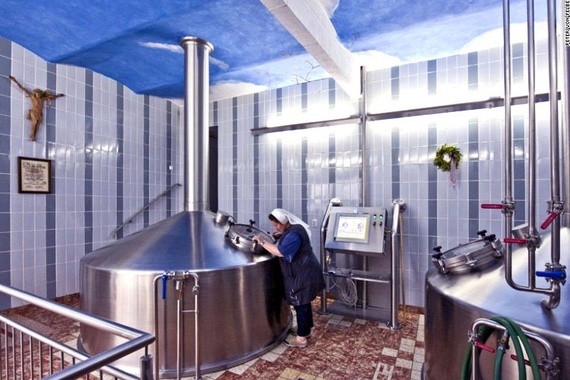 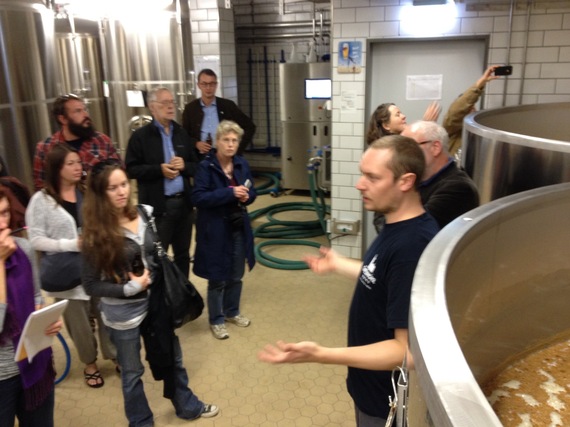 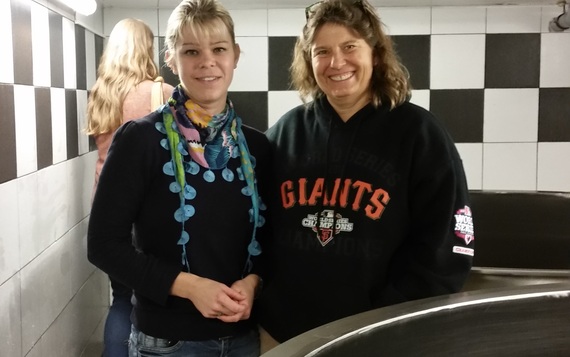 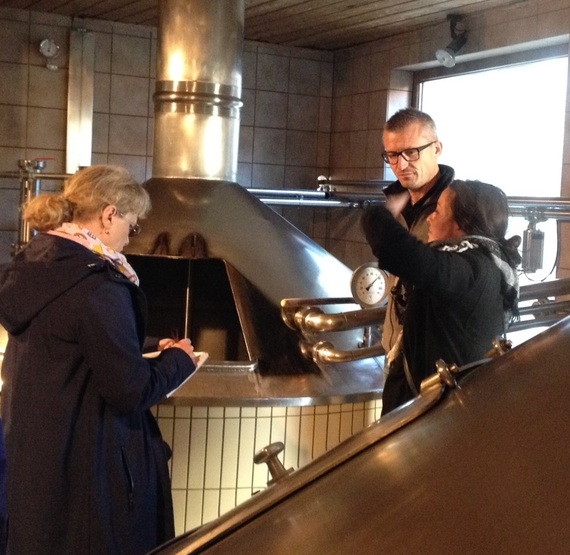 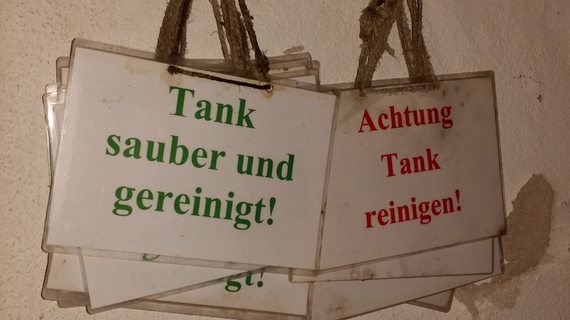 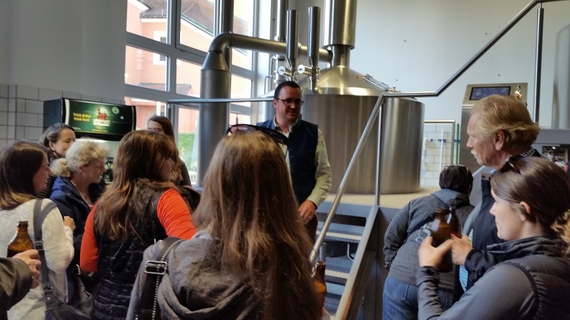 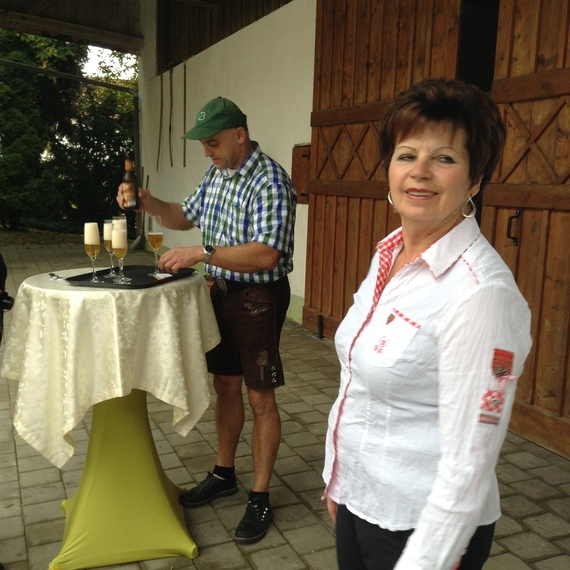 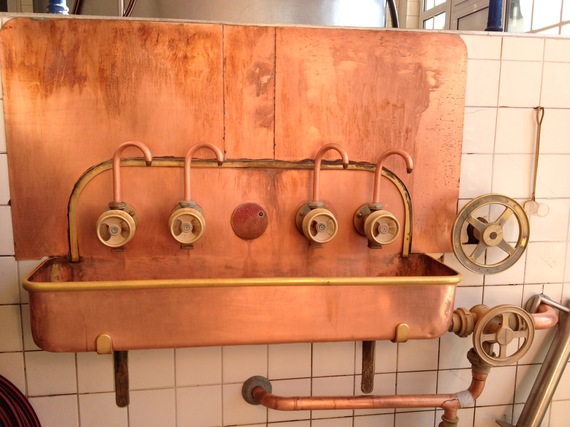 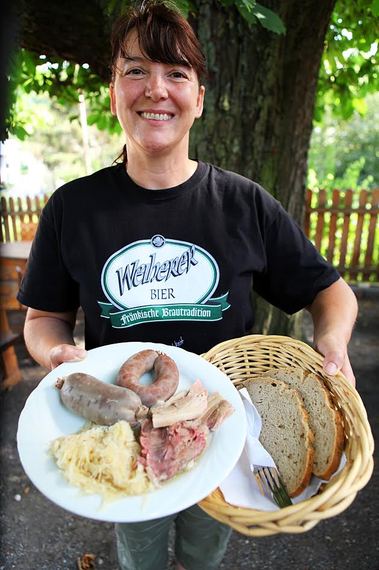 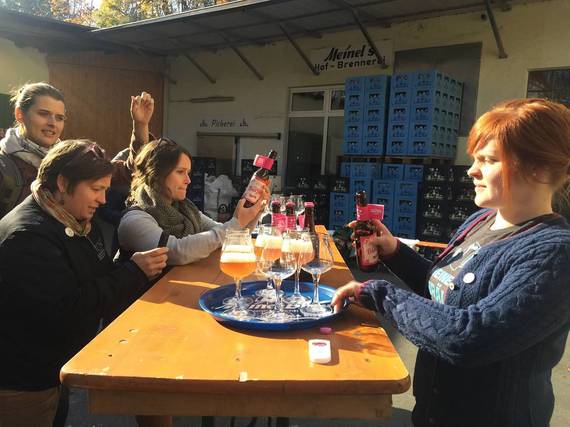 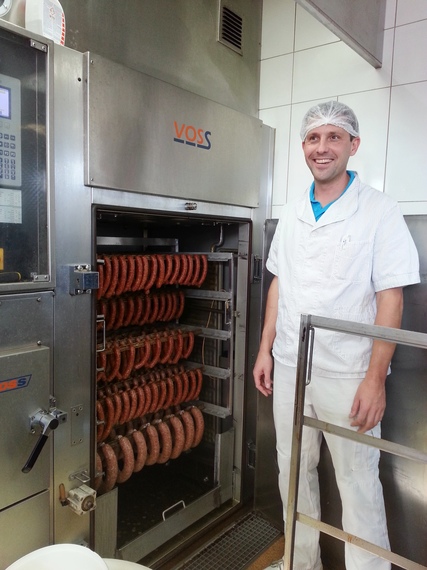 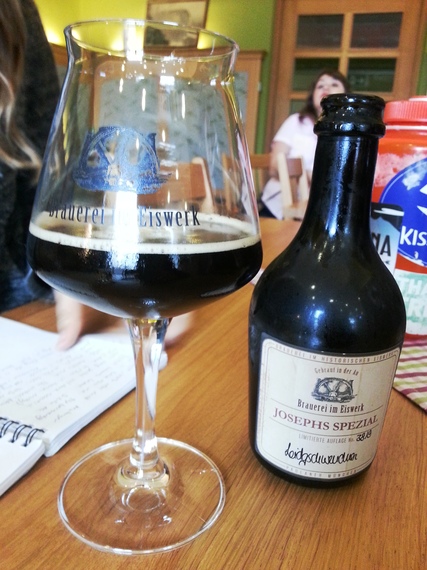 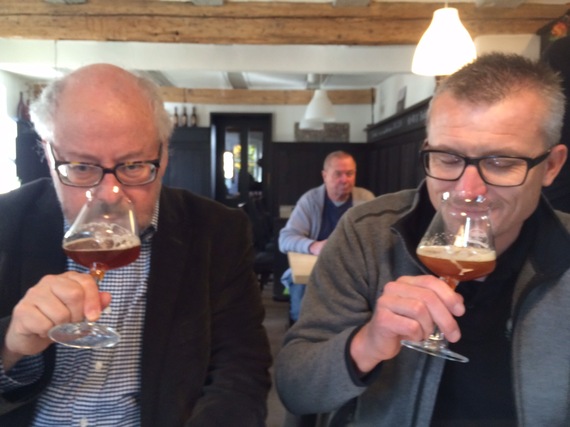 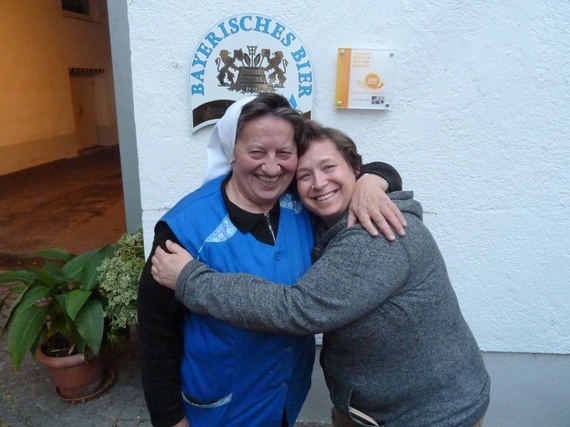