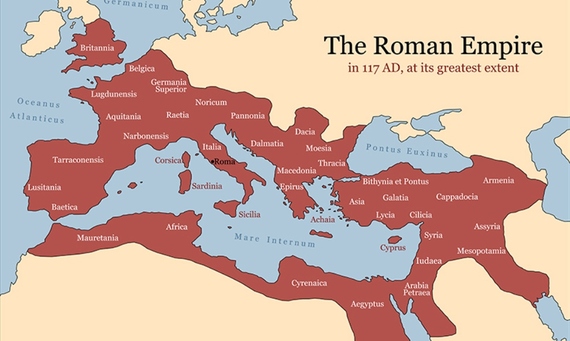 I knew we were headed toward societal demise like the fall of the Roman Empire in 2002 when I watched "Most Extreme Elimination Challenge," a muddy dubbed Japanese TV competition show. While studying world history in college, I turned to my college roommate and said, "If you look, America could be the next Roman Empire." According to Ben Carson, we're in more danger of becoming Nazi Germany. War references are great clues to news hooks for your sound bites, stories, stats and self reflection.

Take the war reference and reflect on how you feel. If you're a public person, sharpen your sound bite tools. Your words can be headline news of the day, like Carson's. Did you truly choose what you said publicly? Looks like even Carson's own team is wishing he'd find another go-to reference than Nazi Germany. I recommend the Roman Empire -- most have less emotional attachment to the Roman Empire than Nazi Germany. My operative word being most. It's all relative.

Let's see what other war references are in the news today for your own reflection and predictions both in your personal journals and your public statements, sound bites and media pitching:
I admit freely to watching '
low vibration
' TV shows.  It's like the current version of gladiators. Hey, grab me a soda and pass the chips. We're about to watch this #$%^ go down. (I'm talking about the presidential run. Not our society. Shooo.)
Download
Calling all HuffPost superfans!
Sign up for membership to become a founding member and help shape HuffPost's next chapter
Join HuffPost