Poems to read as the leaves change and the weather gets colder. 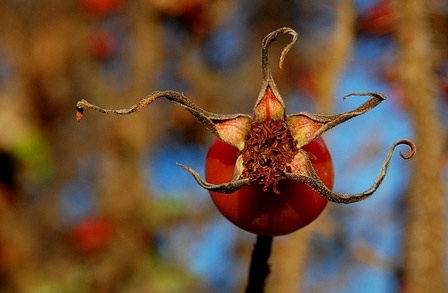 "The Beautiful Changes" by Richard Wilbur

NATURE IN AUTUMN
"End of Summer" by Stanley Kunitz

"For the Chipmunk in My Yard" by Robert Gibb

"Beyond the Red River" by Thomas McGrath

"To Autumn" by John Keats

"My Autumn Leaves" by Bruce Weigl

"November for Beginners" by Rita Dove

"When the Frost is on the Punkin" by James Whitcomb Riley

"The Heat of Autumn" by Jane Hirshfield

"Among the Rocks" by Robert Browning

REMEMBRANCES
"The Road Not Taken" by Robert Frost

"Sonnet 73: 'That Time of Year thou mayst in me Behold'" by William Shakespeare

"A Reminiscence" by Richard O. Moore

THE HARVEST
"Neighbors in October" by David Baker

"The Thrush" by Edward Thomas

"Song of the Witches" by William Shakespeare