When HuffPost published 'The Fallen Leaders of 2011' in early December, we had clearly jumped the gun. Later that month, North Korea's Kim Jong Il passed away at age 69. Now -- barring any major political shifts in the next few days -- HuffPost World presents a more complete list of leaders who fell from power in 2011.

This September, several world leaders were already conspicuously missing from the UN General Assembly. The Arab Spring saw the removal of leaders in Tunisia, Egypt, and Libya, and that momentum has not slowed since. Protests in Greece, Italy, and Yemen have since pressured their leaders to resign.

Below, check out the public figures you won't see running countries in 2012. The question remains -- who will be the next to go? 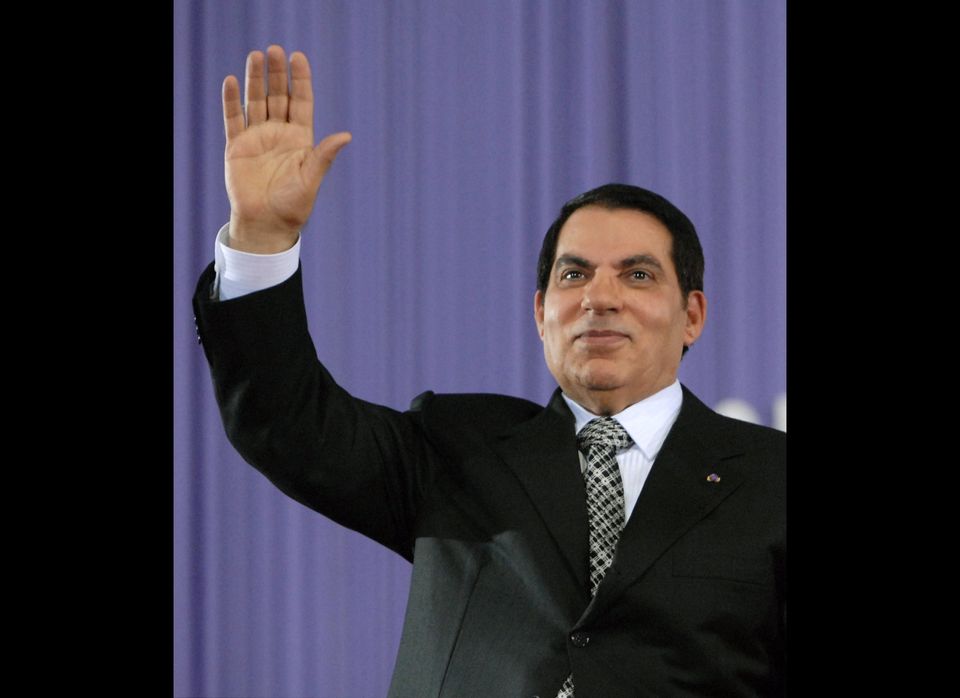 1 / 9
Zine El Abidine Ben Ali
Following deadly clashes between demonstrators and security forces, <a href="https://www.huffpost.com/entry/tunisia-protests-ben-ali_n_809039" target="_hplink">President Zine El Abidine Ben Ali fled Tunisia</a>, the birthplace of the Arab Spring, on January 14, 2011, after 23 years in power. He was <a href="https://www.huffpost.com/entry/zine-el-abidine-ben-ali-former-tunisia-president-jail-sentence-_n_880696" target="_hplink">tried in absentia</a> for theft and sentenced to 35 years in prison.
AP