The climate news gets scarier by the day. February obliterated all records as the warmest seasonally-adjusted month since measurements began. At this rate, we're on a path to blow through the 1.5º C temperature rise the nations of the world set as a goal at COP21, not in decades but in a few short years. 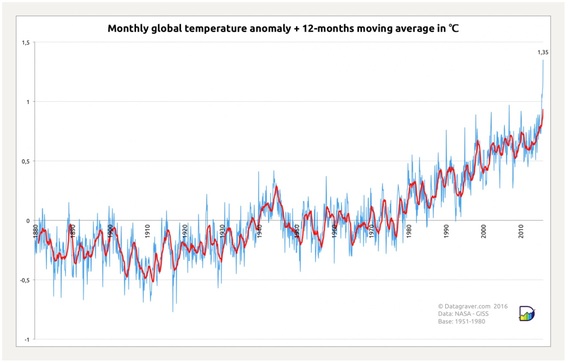 We're going to be hearing a lot about grand solutions to our climate emergency in the coming years. Even if we were to bring net global carbon emissions to zero by mid-century, experts say, we'd need to suck a massive amount of carbon from the atmosphere to keep temperatures within a range of 1.5º-2.0º C this century.

There's no shortage of proposals for how to do this. People are talking about changing how we do agriculture; capturing carbon from power plants; painting roofs white; fertilizing the ocean; and even spraying gold dust into the atmosphere.

How should we evaluate the proposals we'll be hearing about to determine which ones to support and which ones will only lead to worse disasters? We need a way to distinguish authentic pathways to a sustainable civilization from false solutions. I suggest three ways to consider any proposal you might come across.

1. Does it push political power up or down the pyramid?

Political power is like a pyramid. At the top are the political leaders and the billionaires. In the middle are the minority fortunate enough to enjoy privilege. Most of the world's population exists towards the bottom.

New technologies have a way of pushing political power either up or down that pyramid. Nuclear power, for example, requiring massive centralized investment along with extreme security, is notorious for pushing power to the top. 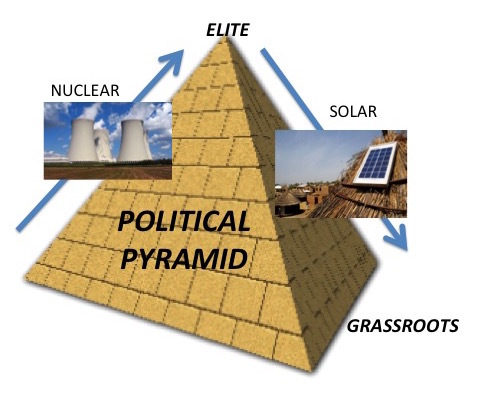 [New technologies can push political power either up or down the pyramid. © Jeremy Lent, 2016.]

Geoengineering proposals are perhaps the most extreme form of pushing power up the pyramid. Developed by small, elite groups of technical experts, usually funded by corporate interests, they frequently envisage forcing a global experiment on the entire world, regardless of whether there is a consensus supporting such an approach. Often, these approaches are designed to improve the climate in one region (usually the wealthy north) at the expense of even worse drought in other regions (usually the global south).

Solar panels, on the other hand, are a great example of pushing power down the pyramid. As prices have fallen by more than 80% in the past few years, solar kits with maintenance-free batteries are now affordable even for families living on less than $2/day. The benefits are enormous, literally empowering millions who have previously lived without electricity. 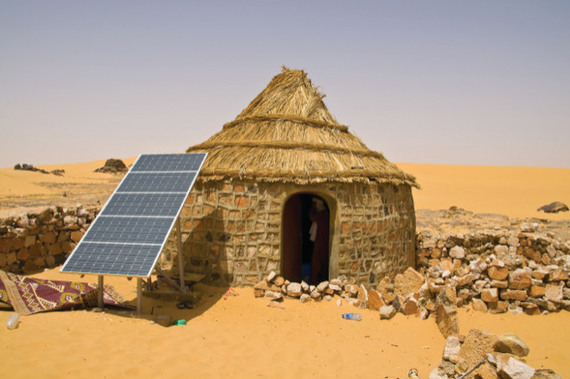 [Solar power can transform the lives of those at the bottom of the political pyramid. Image by © Michael Runkel/Robert Harding World Imagery/Corbis]

2. How does it treat the earth?

One reason we're facing a worldwide crisis of sustainability is that our culture encourages destructive ways of viewing the earth and humanity's relationship to it. Our science-based civilization is founded on root cultural metaphors of nature as a machine, an enemy to be conquered, or a commodity to be traded. Traditional cultures, by contrast, have usually viewed the natural world as an extended family, with the heavens as Father, the earth as Mother, and plants and animals as brothers and sisters.

If a proposed climate solution treats nature in the same way that has brought our civilization to the precipice we're now facing, there's a good chance it will lead to further environmental devastation. In contrast, proposals that encourage a participatory, engaged relationship between humans and the natural world promise a more sustainable future for all.

Cap-and-trade systems, which cap the amount of carbon a company can freely use, allowing them to buy credits in a market if they want to use more, have been touted widely as a climate solution, with major systems set up in Europe and California. A related UN program called Reducing Emissions from Deforestation and forest Degradation (REDD) is frequently discussed as a positive step for the environment. These systems, however, are all built on the idea of nature as a commodity to be bought and sold, with deforestation reduction plans frequently forced on indigenous populations through fraudulent schemes with devastating results. It is questionable whether they've had any significant effect in truly reducing carbon from the atmosphere, even while they replace forest ecosystems with plantations and allow polluters to keep polluting.

Geoengineering proposals are based on the notion of the earth as a massive piece of machinery to be engineered for human benefit. Not only are these approaches morally repugnant for anyone who sees Nature as having intrinsic worth, they are also fraught with massive risk, since the earth's systems are in fact not machine-like, but the result of complex, nonlinear relationships that are inherently unpredictable. 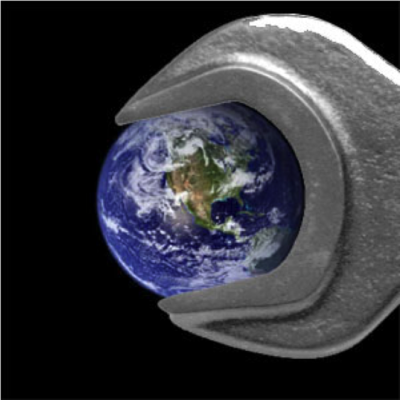 [Geoengineering treats the earth as a piece of machinery to be engineered. Image: ETC Group]

At the other extreme, Agroecology, an approach to agriculture based on principles of ecology, views the earth as a deeply interconnected system, recognizing that the health of humans and nature are interdependent. Agroecology designs and manages food systems to be sustainable, enhancing soil fertility, recycling nutrients, and increasing energy and water efficiency. Already widely practiced in Latin America, it is rapidly gaining acceptance in the US and Europe, and has the capacity to replace the agricultural-industrial complex, which is responsible for as much as half of global greenhouse gas emissions. Agroecology could even help sequester much of the excess carbon in the atmosphere. The Rodale Institute has calculated that regenerative organic practices of agroecology - such as composting, no-tillage, and use of cover crops - could sequester more than 100% of current annual CO2 emissions if practiced worldwide.

3. What are its cascading effects?

Like all living organisms, the earth system is a highly complex, nonlinear system, replete with feedback loops and emergent behavior. This means that any attempts to change the system on a large scale are likely to have unanticipated consequences.

A grim example of cascading effects are the uncontrolled algae blooms from nitrogen fertilizer runoff that have caused four hundred "dead zones" in coastal waters around the world, some extending in size to over twenty thousand square miles. 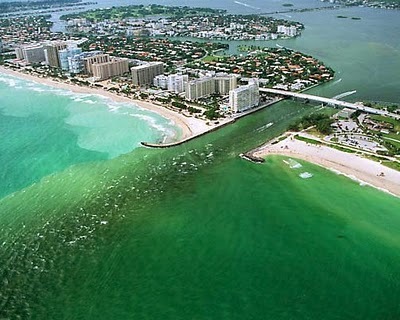 A crucial question, then, to ask about any grand proposal is: What are the cascading effects that might emerge? Are they positive or negative?

Some proposals are limited to a particular domain and can therefore be safely applied. Putting a high price on carbon, for example, as it is dug out of the ground, and distributing the proceeds to the population, would change people's behavior while staying within the domain of economics. Its cascading effect would be to encourage people everywhere to choose non-carbon alternatives, and encourage businesses to invest in a non-carbon future. It would be safe and effective.

A more ambiguous proposal is the massive use of seaweed farms, which could efficiently absorb CO2 on a very large scale. Proponents argue that the cascading benefits are positive: the seaweed could be harvested to produce methane which could replace natural gas for electricity production; it can also be used as food for sustainable fish farming, while reducing ocean acidification. One analysis shows that if seaweed farms covered 9% of the ocean, they could replace all of today's fossil fuel needs, while sequestering 100% of current CO2 emissions. Sounds good? Yes, but what about unintended consequences of such a drastic change in ocean usage? In contrast to agroecology, this approach envisages a huge shift in the ocean's ecological balance. Would it lead to new imbalances that we would only begin to understand too late?

We can expect to hear about many other proposals like this in the coming years: ideas that sound virtually miraculous, but require significant alterations of the earth system. Because we're in a climate emergency, we must consider each idea carefully, but we need to be extremely cautious in how we approach them.

One group actively analyzing climate solutions is Project Drawdown, a broad coalition of researchers, policymakers and community leaders dedicated to finding the best ways to reduce atmospheric carbon to a safe level. Rather than argue for a few magic bullets, their team is rigorously modeling the complex, interconnected effects of over 100 solutions that are already working. They are building a publicly available, ongoing resource of knowledge and ideas that can be leveraged for ever-increasing benefits.

The founders of Project Drawdown, Amanda Ravenhill and Paul Hawken, emphasize the importance of what Ravenhill calls "cascading benefits" arising from "no-regret solutions." The most effective responses to global warming, they point out, are ones that benefit society regardless of the climate crisis, because they protect natural resources and enhance the wellbeing of all people. 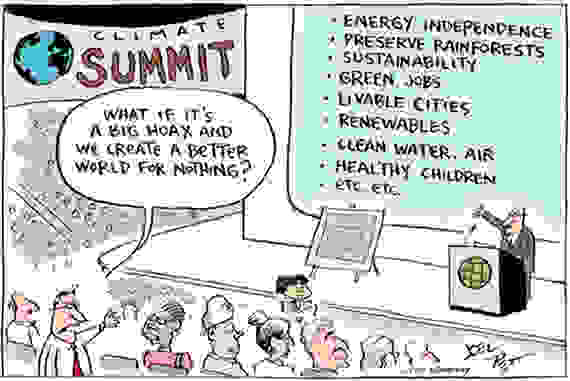 When we're faced with the magnitude of our climate emergency, it's natural to be open to the promise of grand solutions. There is reason for hope if we choose solutions with cascading benefits, ones that empower people while treating the earth sustainably and safely.

But there is also much to fear from the wrong solutions. We should be wary of those who want to push power even further up the pyramid, treat nature as a commodity to be traded, and view the earth as a gigantic piece of machinery to tinker with through engineering wizardry. The future of humanity and much of our natural world is at stake.