Although I attended her funeral at St. Patrick's Cathedral in New York, I never knew Clare Boothe Luce in life. Through Sylvia Jukes Morris' twin works, Rage For Fame and the most recent Price of Fame, I feel I have come to know Clare in all her complexity far more intimately. 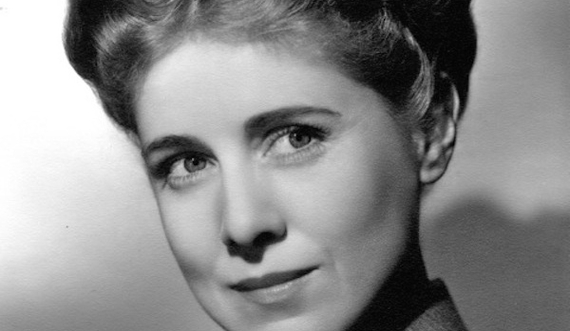 Sylvia Jukes Morris' twin works, Rage For Fame and the most recent Price of Fame,
describe Clare Boothe Luce in all her complexity. Photo courtesy of the author.

Growing up, I had heard of the wife of Henry Luce, Jr. -- "Harry" -- as a socialite, book editor, playwright, journalist, actor, magazine editor - as well as Congressmember from Connecticut and American Ambassador to Italy. Through Sylvia's book set, I can now better imagine Clare's "ready smile and infectious laugh." Harry Luce, of course, was the co-founder and publisher of Time-Life.

Recently, I met Sylvia Jukes Morris speaking on her two books at New York City's University Club. There, the audio-visual presentation crashed for a few minutes and I was asked to stand and speak about my distant relationship to Clare.

Although a true Renaissance woman, Clare was not necessarily dedicated to liberating all women to follow in her footsteps. She believed women were biologically ordained to nurture children and raise families and Clare wanted to support them in those efforts, not competing for jobs at Time-Life. She had no qualms about using her feminine allure to get what she needed out of men, and left many a man in the wake of her affairs. 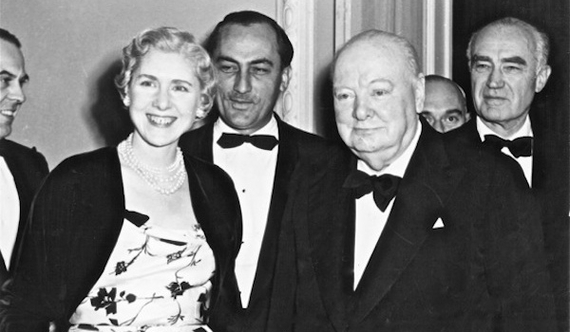 Once she was complimented as having a 'masculine mind.' She declined the compliment, replying, "Thought has no sex. One either thinks, or one does not." According to Sylvia, Clare suggested the idea of Life magazine to her husband before it was developed internally in his company. Clare was famous for her acid wit that included the lines, "No good deed goes unpunished," "Widowhood is a fringe benefit of marriage," and, "A hospital is no place to be sick." She wrote the widening conflict of WWII was "a world where men have decided to die together because they are unable to find a way to live together."

According to Sylvia, her second husband, Harry, known for his physical awkwardness and lack of humor, was proud of Clare's many successes. He believed "her canny political instincts and oratorical skills, combined with beauty and a mind able to penetrate to the core of the most complex issues, would take her to great heights," and allow their joint political interests to not only be published from New York but also advance their own ideological goals in Washington.

Harry's son, Henry Luce III -- "Hank" -- mentored me when I first came to New York, introducing me to such titans as Rupert Murdoch and Malcolm Forbes. As Rockefeller Republicans, father and son were socially liberal but fiscally conservative. Clare, too, was often more liberal than imagined -- until Harry's death when she became increasingly conservative. Early on, she supported FDR in his desire to support our Allies before Pearl Harbor, a time when America was exceedingly isolationist. 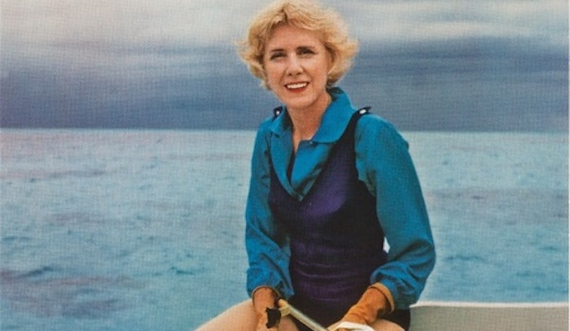 Although a socialite, Sylvia reminds us that Clare had come from humble roots and hated the "vanity, stupidity, hypocrisy, and decadence of the so-called elite." One of her first books, Stuffed Shirts, lampooned the rich, as did her highly successful 1936 all-female play and movie The Women, "A stinging satire of naïve, vacuous, and malicious Park Avenue gossips." Sylvia writes:

Harry had marveled at his wife's physical bravery in war zones, and relished her fearlessness in attacking not only populist Democrats, but the Old Guard snobs of the G.O.P. Speaking at a dinner in her honor given by her bejeweled supporters, she said "One of the troubles with the Republican party is that it contains too many prehistoric millionaires who wear too many orchids."

Clare was hugely popular, swept into the House of Representatives after her first play The Women was filmed which grossed only less than Gone with the Wind upon its release in 1939. One newspaper reported that tourists arriving in our nation's capital wanted to see three things: "the Washington Monument, the Lincoln Memorial, and Clare Boothe Luce." In 1943, Clare was tied with the Duchess of Windsor as "the best dressed woman in the world." 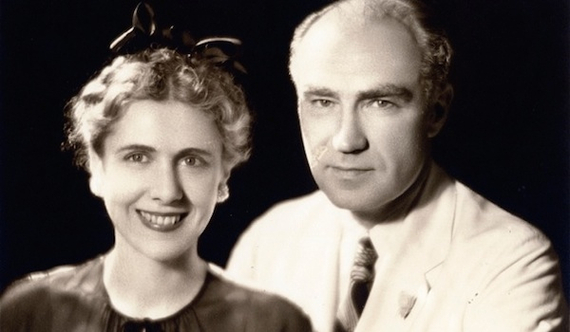 Ambition and drive were two of Clare's greatest allies. She reported for Life magazine from the Sino-Japanese front. In 1943, the author notes, Clare had flown 75,000 miles in pre-jet times, reporting from several fronts. Sylvia writes, "Her favorite preoccupations were spying, warfare, and romance.

As Sylvia writes about the Congresswoman who yearned to play a pivotal role in U.S. foreign policy:

What other member of Congress had dodged bullets in France, and bombs in Belgium and Indochina? Who else on Capital Hill had reported on desert battles against Field Marshall Rommel in North Africa, stood in trenches in Burma on assignment to interview General Joseph Stilwell, or struck up a friendship with Nehru in India?

Clare liked to eat men and spit them out. "She was an accomplished seductress, having married once, if not twice, for money, social position, and power." Harry, it seems, felt emasculated by her. She had a particularly interesting affair with the Supreme Commander's mysterious intelligence chief, General Charles Willoughby, who planned General McArthur's return to the Philippines. Others included Ambassador Joseph P. Kennedy and financier Bernard Baruch. 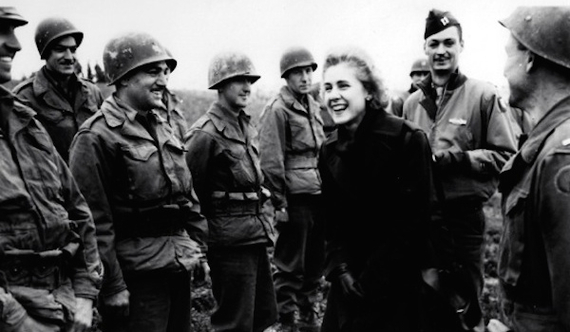 Like Harry who had been raised by Presbyterian missionary parents in China, Clare mistook Chinese Communism for a grave threat, not realizing it would one day moderate into a form of Capitalism that would give the U.S. a run for our money. Thus, perhaps won over by the persuasive Presbyterianism of Madam Chiang Kai-shek (who you can get to know intimately through the fantastic work of Hannah Pakula), she and Harry mistakenly backed Madam's husband, the gangster General.

I found it interesting to learn that although she backed FDR's strategy for supporting the Allies, she did not share his concern of saving the British Empire. On the contrary, Sylvia informs us, Clare hoped to see all colonies disbanded after the Fascists were defeated. She called upon the British to release Independence heroes Gandhi and Nehru from prison in India. She accused Great Britain of holding on to India for economic rather than altruistic reasons. The Brits maintained that until the Hindu-Moslem issue could be settled, leaving India would result in civil war and bloodshed. With extremely dry wit, Clare responded that whites should not have a "monopoly on murder." Clare also advocated that Palestinian Arabs have their own homeland along with the Jews.

Clare was an early advocate of our nation's immigrants, calling for the repeal of the 1882 Chinese Exclusion Act that created quotas Clare equated to "the whole Hitler doctrine of race theology." In 1946, she co-authored the Luce-Celler Act that increased the numbers of Indians and Filipinos permitted to immigrate to the U.S., allowing them to become American citizens.

In another liberal, albeit humorous political maneuver, Clare slammed the WWII "Wayward Wives Bill" which promoted the idea of cutting benefits to any American woman found cheating on their soldier-husbands abroad. Clare proposed an amendment, Sylvia writes, that if a serviceman was unfaithful to his wife, the wife's allowance be doubled. 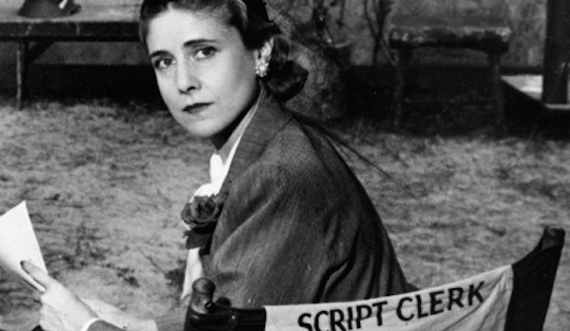 Clare's first play The Women was filmed, grossing only less than
Gone with the Wind upon its release in 1939. Photo courtesy of the author.

Clare's star rose so high that people begin to speak of her possible V.P. candidacy in 1944 with either General Douglas McArthur or Gov. Thomas Dewey of New York.

Clare was enormously complex and went through several downward spirals of depression, one from the death of her beautiful and talented daughter and Harry's step-daughter, a senior at Stanford University, in a car crash at the age of nineteen in 1944. This accident, which reminded Clare of her own mother's death, sent Clare into grief counseling with right-wing radio priest Fulton Sheen. She then converted to Roman Catholicism and was soon thereafter appointed under President Eisenhower as America's first female Ambassador - to Italy.

She fell seriously ill in Italy with arsenic poisoning in 1956. Rumors circulated that she had been targeted for extermination by agents of the Soviet Union because of her strident anti-Communism. However, medical analysis eventually showed the poisoning was caused by paint dust in her Roman bedroom. Clare was physically and mentally done in and resigned her post. She and Harry retired to the desert in Arizona, where reportedly both Clare and Henry tried LSD and Claire went on to use it several more times.

Anti-Communism continued to consume them both and in the early 1960's she supported Senator Barry Goldwater of Arizona as the Republican candidate for president. Harry's death in 1967 drove Clare further to the right. After retiring to Hawaii, which eventually bored her, she moved back to Washington. In 1973, Richard Nixon named Clare to the President's Foreign Intelligence Advisory Board, and she was re-appointed by President Gerald Ford in 1977, and again by President Ronald Reagan in 1981.

In 1987, Clare died of brain cancer at 84, ironically in her Watergate apartment in Washington. Clare left $50 million to found an academic program, The Clare Boothe Luce Program, designed to encourage the entry of women into technological fields traditionally dominated by men. 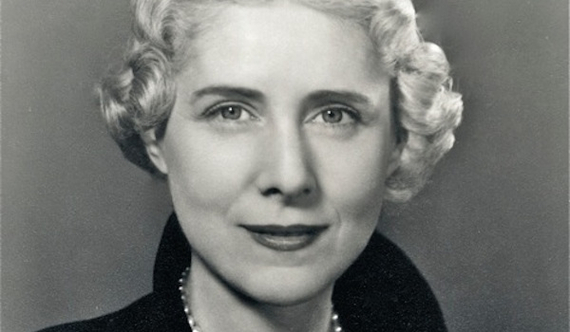 I compliment Sylvia Jukes Morris on her two volumes that keep the complicated legacy of Clare Boothe Luce alive. British by birth, Sylvia brings Clare back to life with the use of the most fascinating prose. I highly recommend this book, as well as its precursor.

It is easy to think that Clare Boothe Luce cared more for herself than humanity. But, because of her wit, drive, and brilliance, her impact was enormous. Clare was a thought leader and global citizen extraordinaire. Her aspirations, strategic thinking, and ultimate philanthropic efforts, can serve as an inspiration to future generations.