In April of this year, the 1940 census was released after the usual 72-year privacy-restriction period. On the cusp of the Republican and Democratic national conventions, I thought it might be interesting to take a peek into the past of the families of the candidates for highest office. None of them had been born yet, so what follows are entries for a mix of their parents, grandparents and great-grandparents. I've opted to share them alphabetically - Biden, Obama, Romney and Ryan - and all records were located using the index created by the all-volunteer 1940 U.S. Census Community Project.

PHOTO GALLERY
Families of the Presidential and VP Candidates in the 1940 Census
Download
Calling all HuffPost superfans!
Sign up for membership to become a founding member and help shape HuffPost's next chapter
Join HuffPost 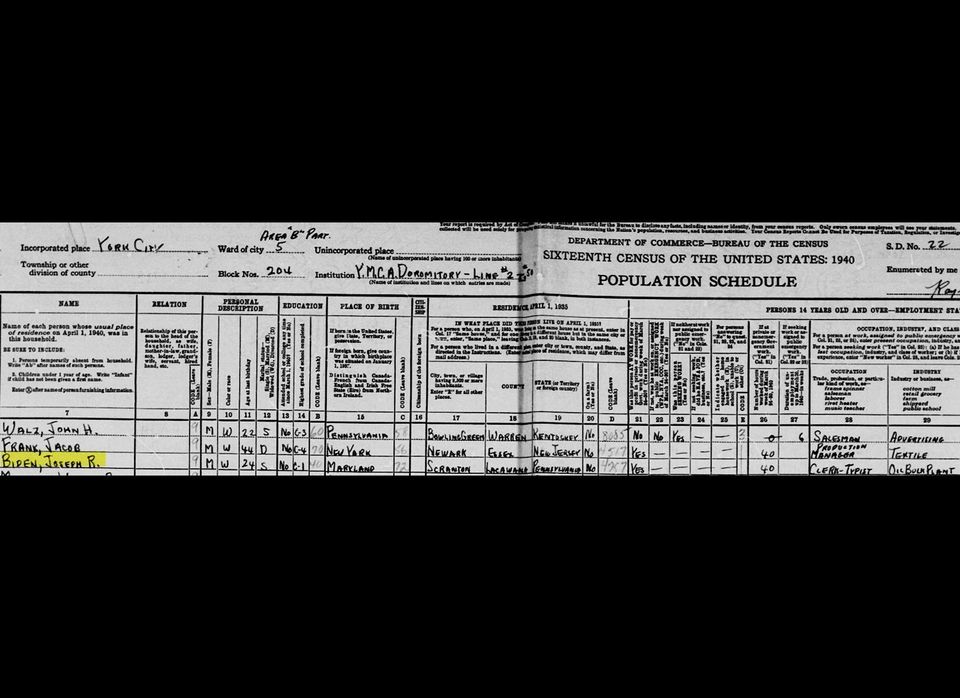 1 / 6
Joe Biden's Father in the 1940 Census
Vice President Joe Biden’s parents didn’t marry until 1941, so the census enumerator found his father, then 24 year-old Joseph R. Biden, living as a single man in a YMCA dormitory in York, Pennsylvania. Biden Sr. had a year of college under his belt, was working as a clerk-typist for an oil bulk plant, and had earned $1,050 the previous year. The record indicates that he was born in Maryland and lived in Scranton, Pennsylvania in 1935.