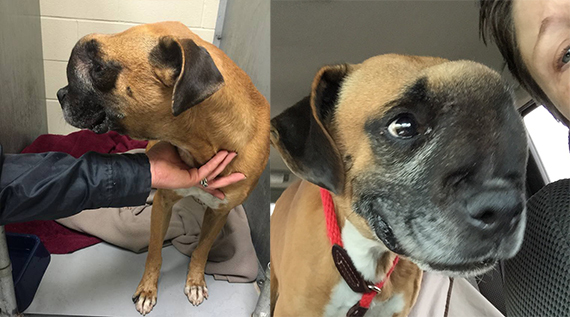 A Shelter. This 3-year-old dog came into Montgomery County Animal Shelter as a stray today.

A Rescue. Lone Star Boxer Rescue was contacted by the shelter and they agreed to take him into their program immediately.

A Volunteer. He was transported to their vet for further tests. There is a tumor on the inside of his cranial cavity under the bone.

A Foster. It is inoperable and his life expectancy is 2 days. He is now in hospice care.

A Decision-maker. I asked Leisha Stinchcombe, the director of the rescue group, "Why did they pull this dog from the shelter today?" Her response was, "Just to make sure he knows love for a few days."

A Donation. Groups like this can only exist and do this badass work with our financial help. This dog is 1 of 3 terminally ill boxers that Lone Star took into their program today.

Adalard is his name. The day may not be easy but we are fierce with determination. This entire network of helpers in the world, who are far greater than me. I am deeply saddened yet humbled by the beauty I see in the unity of many teams. We alone, do not create this, and we cannot always repair. But we LOVE just as fiercely as we fight. Know that. For certain. Adalard. Noble strength. 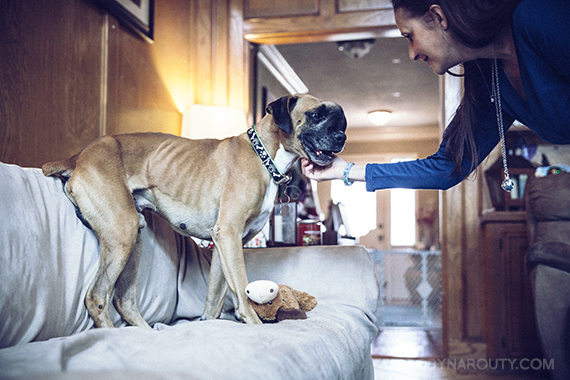 A Family. Lori Anderson, her husband James, and their daughters Bella and Ellie. It should be noted that Leisha initially declined Lori's offer for hospice foster care based on the fact she has small children and this was going to get ugly quickly. Lori insisted that Addy come to their home.

I thought a lot about Bella and Ellie and how it will effect them. I think it's extremely important that the girls learn about giving, loving and helping others in need, especially when they can't care for themselves. 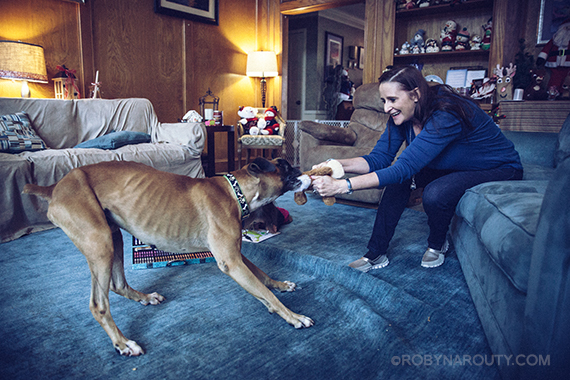 "The girls (5 and 7 years old) were with me when I picked him up from the vet. I told them about how special Addy is and how we are going to take care of him because he's very sick." 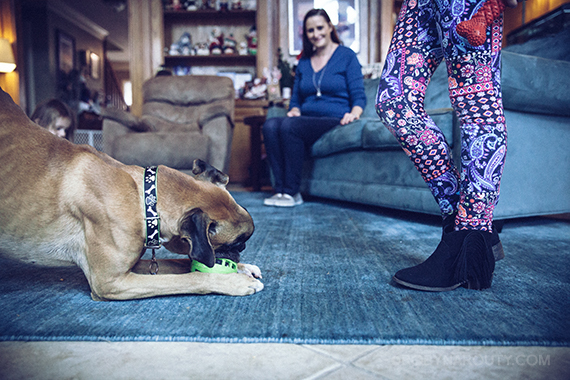 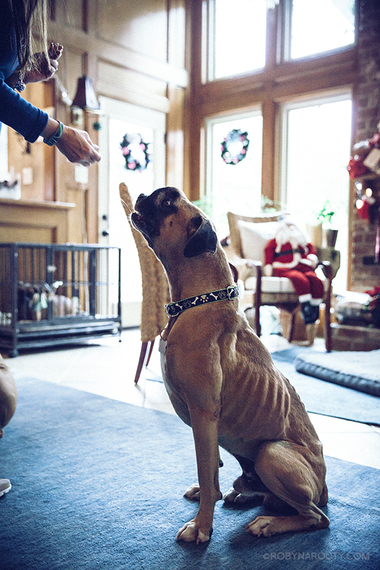 "I wasn't sure what to expect from this poor boy and was preparing myself for a very lethargic and slow moving pup. Well, to my utter surprise, in walks Adalard, nub wagging, bounce in his step, and ready to receive and give love." 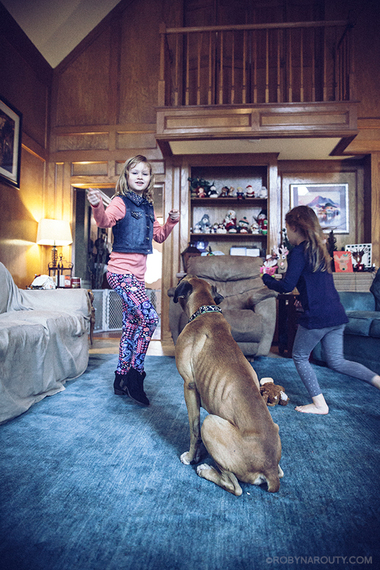 "I spent some time talking to Dr. Gordon about Addy's condition, medications and how to help him the most. 'Spoil him rotten' was his advice." 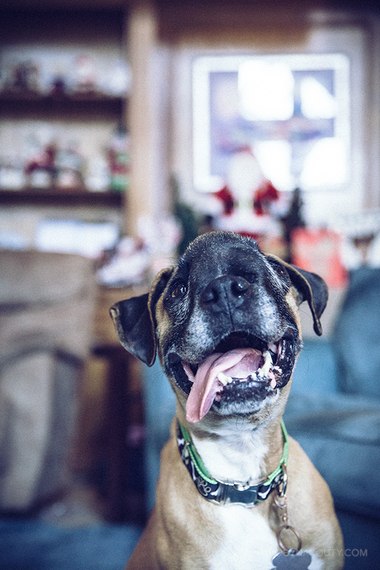 "On our way to the store to load up on toys and treats, Ellie turns around to look at Addy who's in the back and says to me: "Mom, he's smiling, look he's smiling at me!" 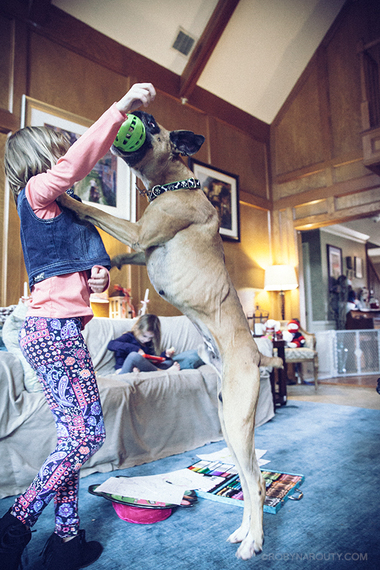 "Adalard aka "Addy" has already made himself at home." 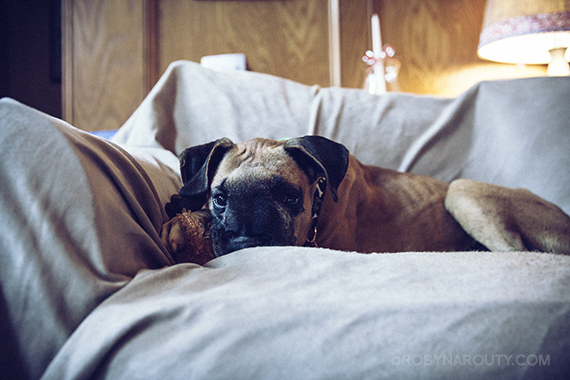 "He is amazing, sweet, gentle, kind, well socialized with fur friends and humans. LOVES his toys."

Ellie, 5, is featured here playing with Addy. She has Asperger's Syndrome (higher end of Autism spectrum) and a particularly special connection with animals. 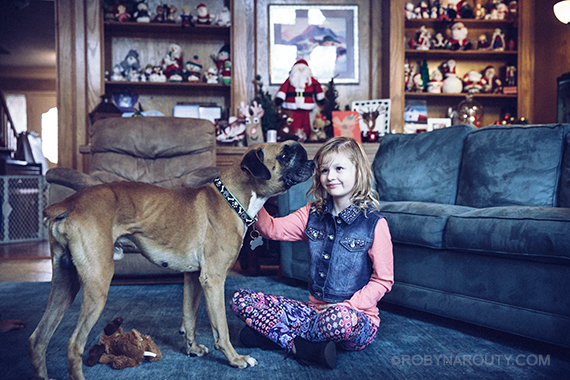 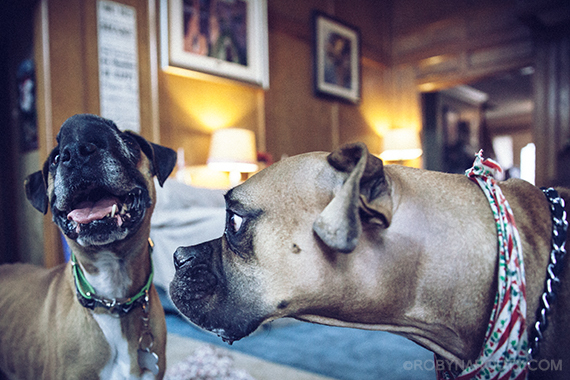 "It is evident that at some point he was part of a human family. We are so fortunate to be able to be part of his life. He may not have long, but his life will be full for as long as he does have." 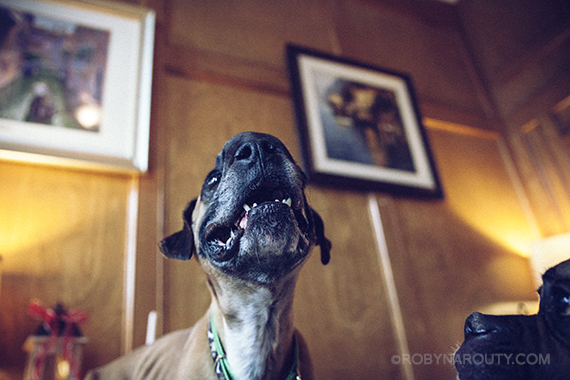 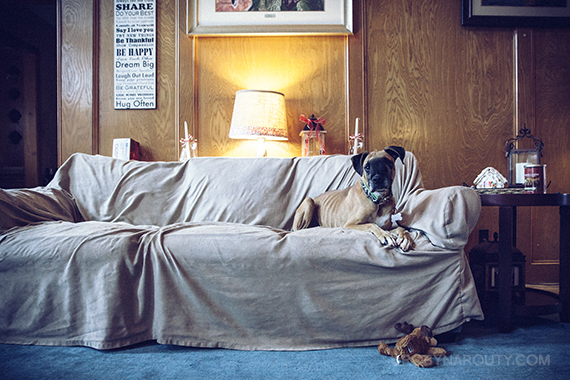 "We want his life to have meaning." 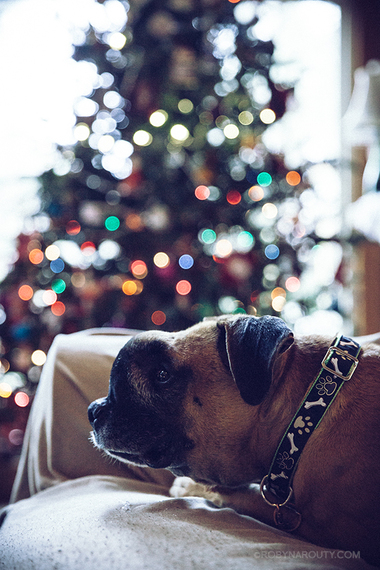 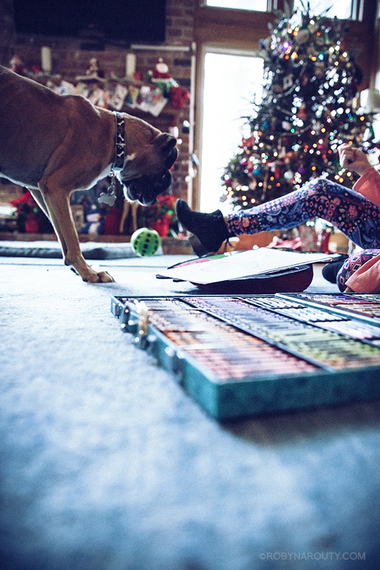 "Yes, there will be sadness and tears, but it's important they learn that this is okay." 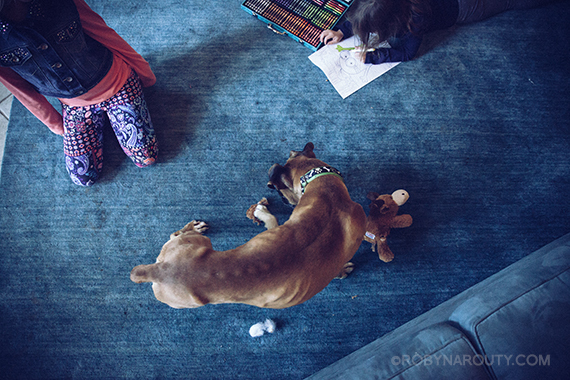 Let's see how far LOVE takes him. You can follow his journey on the pages below: