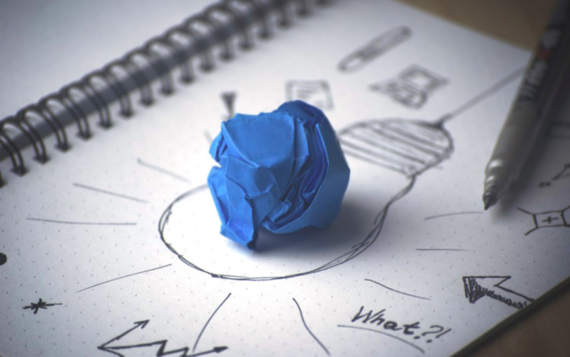 The concept of the family office started back in the 6th century. Back then, a majordomo was the person who would speak on behalf of the family, make arrangements and take charge of their financial affairs. Later in the 6th century, the upper nobility started to use these services of the majordomo as well. Hence, the concept of administratorship was invented, and has prevailed until today. The modern concept and understanding of family offices was developed in the 19th century. In 1838, the family of J.P. Morgan founded the House of Morgan, which managed the family's' assets , and the Rockefellers founded their family office in 1882, which prevails until today.

Many businesses are family-owned

Today, nearly half of all businesses in the United States are family-owned. In case of publicly listed companies, the number just tips over half of the people. They also contribute nearly 63 percent of the gross domestic product (GDP) of the country. The dominance of family offices in the corporate world is not limited to the US. Throughout the world, economies are dominated by family offices. In Europe family offices contribute nearly 1 trillion Euros in annual turnover according to a KPMG survey in 2013. The same survey reported that nearly 50 percent of jobs are created by family enterprises in the European Union.

It is quite clear that the world economy depends substantially on the performance of family offices. Is this a good thing? Data compiled by Tharawat Magazine , in Issue 22 published 2014, threw up quite a few startling facts. It was seen that profits were higher in family offices. They are also less likely to lay off employees and are instead, likely to hire more than their corporate counterparts. They are also seen to be more generous in their Corporate Social Responsibility (CSR) division, and their goals are more long-term with an aim to create family legacy rather than short term profits. Chances of fraud and insider trading are much less in family businesses as the reputation of the entire family is at stake. The clients of family offices are likely to have personal relations with the family, and a sense of value builds up in every business. So, family business inculcates the importance of business ethics in an individual, rather than blindly going after money.

During the global meltdown, while other firms were downing shutters and handing out pink slips indiscriminately to employees, family owned business managed to stay in the green and some even managed to grow. The number stood at 65 percent in 2011 according to a survey done by the multinational professional services known as PricewaterhouseCoopers (PwC), an increase from less than half the previous year.

When it comes to support from the government, family offices feel left out. In spite of contributing substantially to the economy, only firms in Turkey, Switzerland, Mexico, India, Malta and Singapore generally agree that their governments value their sector. Elsewhere, like in Greece, 97 percent feel their government does not do enough to provide the necessary support. Such sentiments are echoed throughout the world stretching from South Africa to Italy to the United States.

As family businesses last longer, they gradually grow into large corporate behemoths. The largest family owned business in the US is Wal-mart Inc. It has over $440 billion in net sales worldwide and employing nearly 1.4 million people. In a survey of 222 mid-sized family offices, 70 percent of the respondents had revenues in excess of 200 million dollars and nearly 25 percent had over 500 million dollars.

What the future has in store

It is true that the succession in family business is a bit tricky, and may lead to squabbles and power struggles within the family. However, family offices have been successful over the past century, and are expected to remain successful in the future. The advantages of keeping a business within a family far outweigh the disadvantages and complications that may arise from a corporate board or trust based structure. Family offices have stood the test of time and will continue to be the engines that drive world economy for years to come.

Family offices are regularly looking for ways to modernize their businesses. Likewise, they are also seeking ways to make wise investments that yield profits and make a difference in people's lives. Dominoes, for instance, is a family owned business that is constantly innovating and upgrading its products. Now, it can be found in a number of countries around the world. Its success comes from its unique way of carrying out a business, unlike others who do so within a rigid structure.

The flexibility that family offices have in conducting businesses, as well as their sustained learning are a plus of them. Towards this end, The Soho Loft Media Group is organizing exclusive one-on-one meetings with family offices and investors over lunch, tea or dinner, check these 2-hour events at The Soho Loft II penthouse on 65th street from Monday through Friday until May:
http://thesoholoft.com/spring-2016-investor-luncheon-tea-dinner-events/

Generally speaking, family offices focus on direct investments rather than going for an Initial Public Offering. They fixate on innovations, an incentive which has proven how co-investing, and prudent financing, has been in their favor.