In the mix of available arguments, Population Action International has been focusing on the promise of economic prosperity. The organization advocates for women and families to have access to contraception in order to improve their health, reduce poverty and protect their environment.

For every $1 the organization invests in family planning, $4 is saved in other areas like education, public health, water and sanitation, the Washington-based group says on its website. "Birth control isn't just good for women; it's good for the economy."

"Right now, 222 million women, or 1-in-4 women of reproductive age, in the developing world do not want to become pregnant but need modern contraception," said Dilly Severin, director of communications at the group, known as PAI. The organization "has a history of highlighting the common sense connections between fulfilling a woman's right to contraception and the health, economic and other benefits that flow from it."

Severin said that evidence on the economic benefits of family planning is documented. She pointed to the example of the Family Planning and Women's and Children's Health study, conducted from 1977 to 1996 in 71 of 141 villages in Bangladesh for family outreach programs.

Women of childbearing age in the area of the outreach program also seemed to be healthier and more productive if they were part of the paid labor force than those in comparison areas that did unpaid work.

"Choosing to have fewer children also freed up household economic resources for investment in children's health and education," Severin said.

Population Action International is currently working toward promoting the United Nations' Family Planning 2020, known as FP2020, an outcome of the London Summit on Family Planning in July 2012, where more than 20 governments committed to prioritizing overcoming restrictions to women gaining contraceptive information, services and supplies.

Population Action International receives its financial support from donations from individuals and organizations.

"There is absolutely momentum in the family planning movement right now to ensure that family planning services reach more women," Severin said. "However, economic arguments are only one slice of a bigger case for family planning that is driven by several important global initiatives which seek to expand access for all women.

On Nov. 14, Population Action International started a tweetathon focused on the "demographic dividend," where good family planning fosters economic growth. Tweets under the hashtags #womenomics, as well as #ICFP2013, were posted by many in relation to the International Conference on Family Planning in Addis Ababa, Ethiopia, which took place Nov. 12 to 15.

That conference turned out to be a "a crucial moment to put women's needs at the center of the conversation as well as raise awareness of the many ways that family planning can expedite development and grow national economies," said Emma Weinstein-Levey, communications coordinator at Population Action International.

"We hope that government leaders, civil society organizations and activists respond to the call to action of #womenomics," she added.

The conference in Ethiopia was the third international family planning conference held by the Gates Institute, co-hosted by The Bill and Melinda Gates Institute for Population and Reproductive Health at Johns Hopkins Bloomberg School of Public Health and the Federal Ministry of Health of Ethiopia.

African political and cultural leaders made statements about the importance of youth to the demographic dividend, the economic growth that may result from changes in a country's age structure, Weinstein-Levey said.

"They recognized that investing in youth's sexual reproductive health and rights is critical to helping young people and to helping African economies reach their full potential. Many of these nations are on track to achieve the demographic dividend, but could significantly expedite progress with the boost of family planning," she said.

Mothers and infants in sub-Saharan Africa face the greatest risks, according to Save the Children's annual State of World's Mothers report 2013, which assesses the well-being of mothers and children in 176 countries. The bottom 10 countries on the Mothers' Index are all in sub-Saharan Africa, with infants in Somalia having the highest risk globally of dying on their birth day. First-day death rates are almost as high in the Democratic Republic of Congo, Mali and Sierra Leone. Meanwhile, mothers in Somalia and Sierra Leone face the second and third highest lifetime risk of maternal death in the world, respectively.

PHOTO GALLERY
30 Best Places To Be A Mom

Increased Access To Contraception Can Reduce Poverty, Advocacy Group Says
30 Best Places To Be A Mom 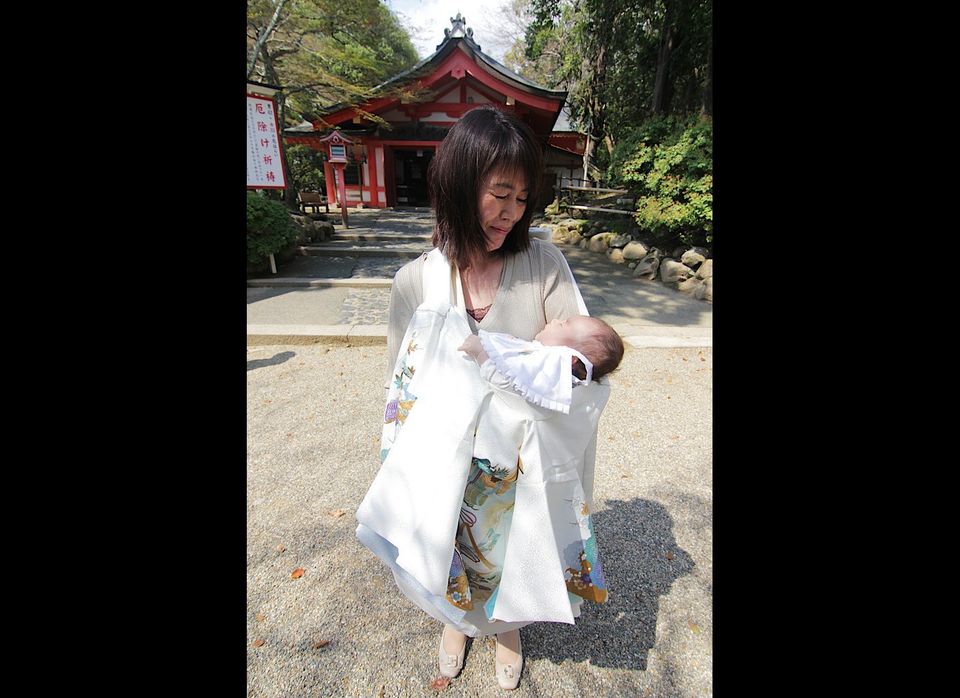