Netfa Malcolm Jr's mourning mom and dad watched, aghast, as what they'd believed was their prematurely born son's casket was raised from his grave and replaced with another, according to their lawsuit filed this week.

The Elijah Bell funeral home had allegedly lowered a casket with a different baby into Malcolm's gravesite, according to the lawsuit. The Lauderdale Lakes funeral home, which didn't respond to HuffPost's inquiries, has previously said the first casket was empty.

(READ THE COMPLAINT BELOW)

Workers allegedly told the the family to "speed up" the funeral service and then without explaining the mistake, began to swap the caskets.

The workers came clean when they summoned Malcolm's father, Netfa Malcolm Sr., to identify the two-week-old body in the second casket as his child, the suit says.

Malcolm's parents declined to speak to HuffPost, but their suit blames the funeral home for "conduct [that] is so outrageous in character and so extreme that it goes beyond all bounds of decency in a civilized society."

The charges against the funeral home include tortuous interference with a dead body, reckless infliction of emotional distress and negligence. The suit also alleges that the funeral directors violated Florida's cemetery and funeral home regulations.

"Not only will the family have to live with the fact that they have lost a child, but they will also forever live with the horrible memory of the mishandling of their child’s body and the image of what they saw in the casket," their attorney Michael Weiss said. 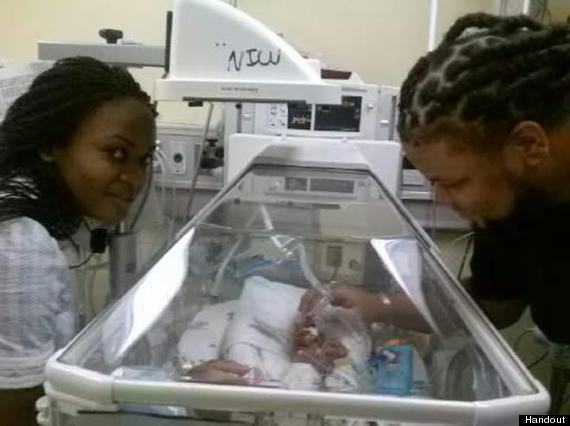