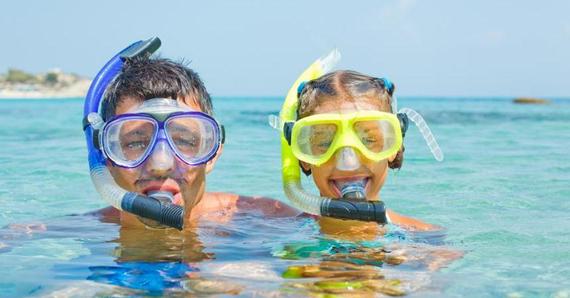 A recent survey from HomeAway looks at how much "kidfluence" comes into play when families plan their vacations.

Their findings come from surveying over 2,800 kids (ages six to 18) and their parents in the U.S. and Europe. I think it's wise that they didn't take into account the input of children under the age of six. We took our children to Australia last year and have a trip planned for Brazil later this year. In both cases, when we told our daughters the news, my five-year-old's first question was, "Do they have snacks there?" I assured her that snacks are a worldwide phenomenon. I also now know that when it comes to travel, she's as happy with 7-11 as South America.

Full control seems awfully risky. Especially if your kids still believe in Santa, because you know the North Pole is going to top the list. When I asked my eight-year-old where she would go if she could go anywhere in the world, she gave it a careful minute or two of consideration before declaring "Bowling."

The study continues with statistics on how important traveling with pets and extended family is to both children and their parents, as well as what percentages of children want to stay in castles and tree houses. The most important accommodation feature to both kids and adults is a pool, though they also noted that the kids wanted a water slide, too. But why stop there? If you want to stay in a castle with access to a pool and water slide, why not go ahead and throw in a ferris wheel? Perhaps a unicorn petting zoo? 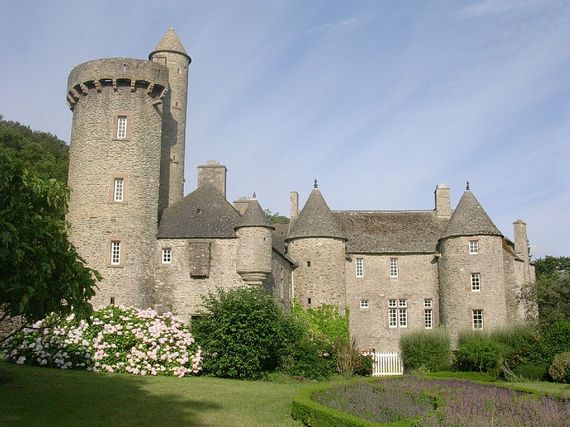 This is an actual vacation rental. You can view it here.

Among younger kids in the U.S., theme parks reign supreme, but older kids are more likely to choose international travel for their next family vacation.

My daughters are still under the age of ten, but we're trying to bypass theme parks altogether. I know that I've had positive theme park experiences, but they don't come to mind when I hear the words "theme park". Instead my throat tightens with a vague sense of panic. I think of crowds, lines, sweating, and maxed out credit cards. And yet, I have a friend from high school who takes her family to Disney World three times a year. She assures me that the experience is above and beyond that of a regular theme park and is as fun for the adults as it is for the kids. I was unconvinced until she mentioned exceptional food and wine. Now I'm considering it.

59 percent of parents say an important factor is having plenty of beds, so the family doesn't have to share.

Wait. Only 59 percent? And what do you mean by share? Because the idea of my family of four sharing one big bed gives me worse palpitations than half-price day at a water park. Maybe the 41 percent of surveyed parents unconcerned with enough beds have destinations in mind so exotic and phenomenal that they're willing to sacrifice a decent night of sleep, because there's no way you're having a pleasant night's rest with a six-year-old kicking you in the back. On the other hand, if the sharing only requires my daughters to co-sleep with one another, then I'm all for it, because they actually view that as a perk.

The survey concludes with how children rank the embarrassment level of their parents' clothing. Swimsuits top the list, followed by the fanny pack. Most of us have accepted that when it comes to how we look in our bathing suits, it is what it is. But maybe we should let a little "kidfluence" in and retire the fanny pack.