The movies and TV shows of our childhoods exist in their own, special reality in which nothing makes sense, but at the same time, everything makes ALL the sense. Think of it this way: Could you ever imagine, say, Yoda from “Star Wars” speaking with a heavy Yorkshire accent, or Elmer Fudd announcing that he’s hunting rabbits in a booming, James Earl Jones-esque baritone? Of course not, because it would be “weird” somehow, almost as if those characters were always destined to sound the way we grew up hearing them. But of course that’s not how it happened.

In reality, the voices of your childhood often came about in some of the strangest, most baffling circumstances imaginable, which can forever change how you look at your favorite fictional creations. For example…

1. Dr. Claw is meant to sound like a soul crooner. 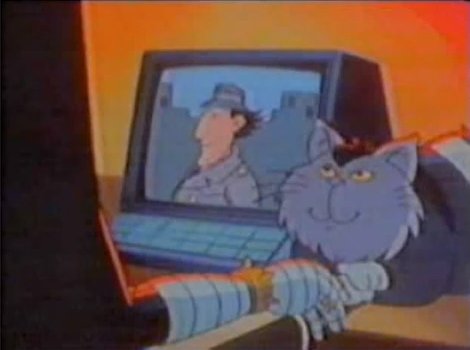 Dr. Claw, the head of the M.A.D. terrorist organization, was the only reason anyone has ever watched “Inspector Gadget.” It certainly wasn’t for the plot, because if we wanted to see an idiot, a brainy girl and a semi-anthropomorphized dog catch criminals, we’d have stuck with “Scooby-Doo.” No, everyone tuned in to the show for Dr. Claw because he was just the coolest villain ever. You never saw his face but you sure as hell heard his raspy, death metal growl of a voice, which could only be achieved by injecting liquefied nicotine and gravel directly into your throat.

Frank Welker, one of the most prominent voice actors in history, is the man responsible for bringing the true meaning of fear, hatred and malice to Dr. Claw’s voice, and he did so by “doing a bad impression of Barry White.” 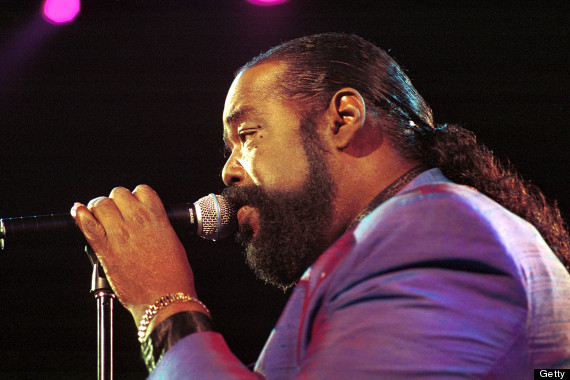 I'm gonna love you just a little more baby, right after I get Gadget!

Barry White was the famous deep-voiced pioneer of disco and soul, and regardless of your own personal experience with his music,you can definitely laugh at how the man behind such romantic hits like, "Can't Get Enough of Your Love, Babe,” served as an inspiration for one of the greatest animated bad guys in TV history. The fact that one of Barry’s nicknames included “Dr. Love” is just icing on the cake.

The craziest thing, though, is that it actually makes sense when you listen to the two voices back to back. Sure enough, underneath Claw’s cartoonishly distorted rasp you can sort of make out the echoing depths of the vocals your parents probably used to make out to. Sorry. Oh, and if you're worried that your childhood of watching “Inspector Gadget” might have been putting your mom in the mood, you should know that Welker also did his Barry White impression while voicing Soundwave from the “Transformers” TV series.

2. Chris Griffin’s voice was modeled after a serial killer. 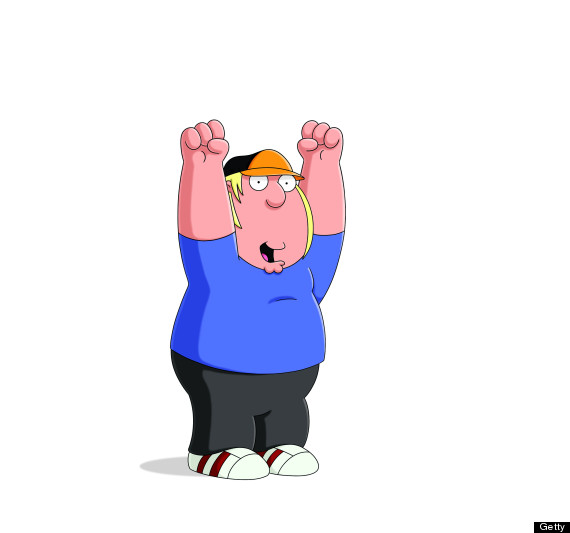 Even if he’s not the most famous character on “Family Guy,” Chris Griffin (the son of the titular Peter Griffin) is nonetheless a part of one of the most successful animated shows on TV. Like it or not, “Family Guy” has managed to stay on the air for 13 years now, so people are apparently still watching it. And who’s to say it’s not because of the show’s voice talent, like Seth Green, who voices the mumbling, overweight Chris as he almost gets sexually abused by a septuagenarian pervert in pretty much every other episode.

Adding a whole new layer of creepiness to the show’s pedophiliac undertones, it turns out that Chris’ monotone voice was actually based on Buffalo Bill, the insane serial killer played by Ted Levine in “The Silence of the Lambs.” 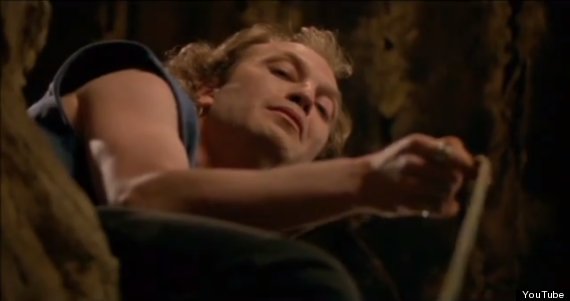 This is even worse than that time it didn’t put the lotion on the skin and got the hose again.

Actually named Jame Gumb, Buffalo Bill is the main antagonist of the first Hannibal Lecter movie, in which he kidnaps overweight women, throws them in a pit and then kills them so he can harvest their skin for a nightmarish fat suit. Chris on the other hand is an awkward, “everyman” teenager, so you might be wondering why this is funny (a question viewers of “Family Guy” often ask themselves). In fact, it’s precisely because of how deeply disturbing Buffalo Bill was that Seth Green eventually used his voice as an inspiration for the animated character.

The story goes that before auditioning for the part, Green was joking with a friend about how hilarious it would be if Buffalo Bill had to work a real job. During the Griffin audition, Green remembered how funny his parody of Bill’s mumble turned out, so he just went for it and used that voice on Seth MacFarlane, the show’s creator. MacFarlane loved the idea and immediately hired Green to play Chris with the voice of a character perhaps best known for sticking his junk between his legs and dancing naked in front of a mirror.

3. SpongeBob SquarePants was inspired by a misanthropic elf. 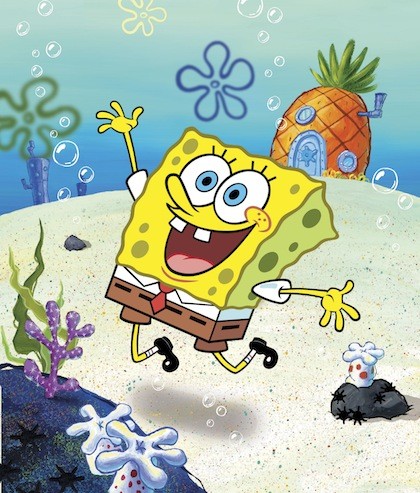 Many shows have tried to replicate the feel of 1980s/1990s television, but none came closer than the hit Nickelodeon series “SpongeBob SquarePants,” a cartoon about a high-pitched, sentient sponge, which actually managed to appeal to both the young and older audiences while keeping the main character so innocent and optimistic that he makes Ned Flanders look downright suicidal.

SpongeBob would probably sound a lot different if the character’s voice actor had never run into a bitter, foul-mouthed little person.

While auditioning for a TV commercial many years ago, Tom Kenny came across a group of little people in elf costumes who were trying out for a Christmas-themed ad. The sad fact of the matter is that not every vertically-challenged person can play Tyrion Lannister, so many shorter actors find themselves typecast as Santa’s elves and the like, which must do wonders for their outlook on the world. It certainly did with the elf Kenny ran into, who by the sound of it was one of the most profane people he ever met, loudly complaining about his lot in life and using the words “fuck” and “shit” like most people use commas. 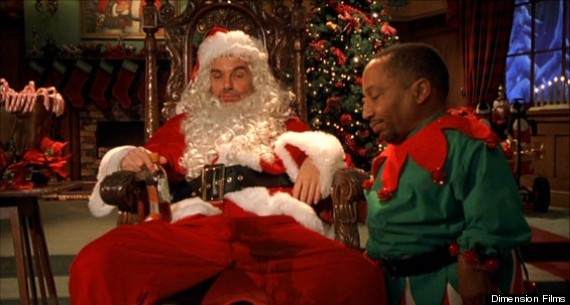 He then went on to play a supporting role in "Bad Santa."

The combination of the heavy swearing and the actor’s high-pitched, fast talking voice left a pretty big impression on Kenny. So much so that when he auditioned for the role of SpongeBob some time later, he remembered and imitated the voice of the swearing little man in a bright green elf costume, which instantly landed him the part. A part, mind you, that is defined by its wide-eyed innocence and yet traces its heritage to, as Kenny described him, a pissed off, vulgar “munchkin.”

4. Yosemite Sam is the sound of rage and pain. 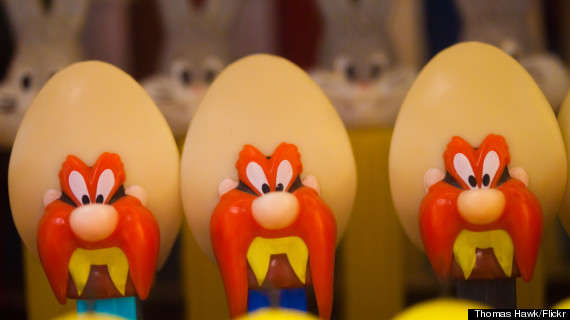 The ginger gunman Yosemite Sam is one of the most enduring cartoon characters in history. First appearing in a Bugs Bunny short in 1945, he has been featured in almost every Looney Tunes property since, teaching kids everywhere that crippling anger management issues don’t have to stand in the way of one’s success.

Yosemite Sam was originally portrayed by Mel Blanc, “The Man of a Thousand Voices,” who voiced basically every Looney Tune ever, from smart-alecky, asshole rabbits, to ducks with ADHD. And it’s specifically in light of Blanc’s superhuman voice acting abilities that you can truly appreciate how difficult it must have been for the man to portray Sam, especially when the experience often left him in great pain. Though it's hardly surprising that it did, considering that Blanc’s approach to voicing the character consisted of him walking up to the mic and just screaming his head off as loudly as he could, channeling every last bit of rage within him into a performance for a children’s cartoon. 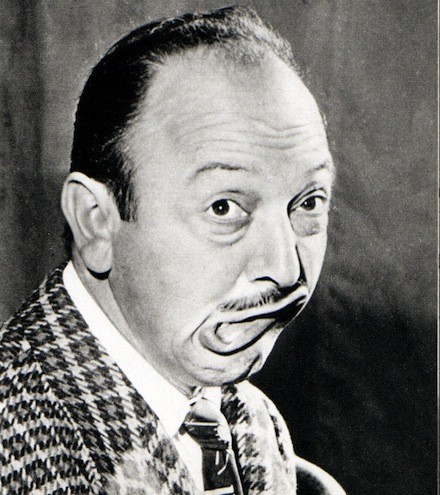 Now I am become hatred, destroyer of rabbits.

Not only that, but according to Blanc’s biography, he’d also contort his body like something out of “The Exorcist” to fully bring out the essence of the angry cartoon outlaw, forcing the man to record his Yosemite Sam lines at the end of the day or take long breaks between sessions because his body just couldn't take it anymore.

How Blanc came up with the voice is even more perfect: He reportedly was inspired when some asshole cut him off on Santa Monica Boulevard, causing him to unleash a torrent of screams at his fellow motorist. He liked the results of his impromptu road rage so much that he used it as a basis for Yosemite Sam’s voice, which we assume has been fueled by every slight, offense or highway idiot that Blanc has had to endure in his entire life.

5. Yoda talks that way because he’s terrified of losing his cultural identity. 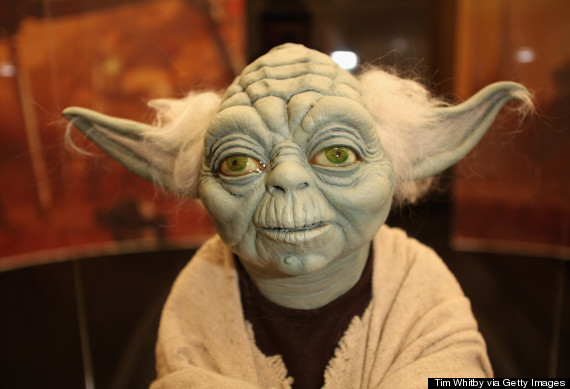 In the world of “Star Wars,” Jedi Master Yoda is arguably the most powerful alien samurai wizard in the known universe, capable of using telekinesis, telepathy and, oh yeah, a kickass laser sword. So, it’s actually kind of disheartening that the main thing most people remember him for is that he talked like a sentence jumble exercise in an English textbook for foreigners. Say, have you ever wondered why exactly he talked like that?

Famed “Sesame Street” puppeteer Frank Oz was initially tasked by George Lucas to develop Yoda’s voice, and he did so by first creating an elaborate backstory for the character, as actors often do. It just so happened though that the story was sadder than 20 Mufasa deaths from “The Lion King.”

Oz’s idea was that hundreds of years ago, the common language of “Star Wars” sounded exactly the way Yoda speaks it, with the verb at the beginning of the sentence and everything else just sort of scattered around the place. But over time, the language became bastardized, right around the time the original trilogy starts. Yep, that means Luke Skywalker, Han Solo and even Darth Vader are essentially using an outer space version of “l33t speak.” 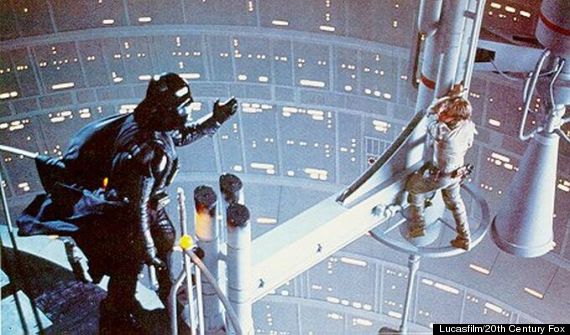 However, having actually lived back when everyone was speaking the language properly, Yoda refuses to give in to the (from his perspective) butchered grammar of the “modern” Star Wars lingo. He knows he’s the last person to remember the old way, so he continues to use the “correct” syntax and phrasings, desperately clinging to a cultural identity that will inevitably die with him.

Oz compares it to Native Americans or European emigrants trying to keep their old traditions alive by applying the rules of their native tongues to the English language, which similarly to Yoda, often sounds grammatically incorrect. However, in Yoda’s case, the entire thing ends up so depressing that it kind of makes it hard to enjoy the SW movies, knowing that in the background, an entire, ancient culture is disappearing with the last breath of a lonely alien dying in the middle of a space swamp.