Fancy Nancy fans, rejoice! The beloved children's book series is going to be adapted into a television show.

Variety reported on March 27 that Disney Junior acquired the rights to create "an animated telepic and series adaptation" of Fancy Nancy -- with plans to premiere in 2017. 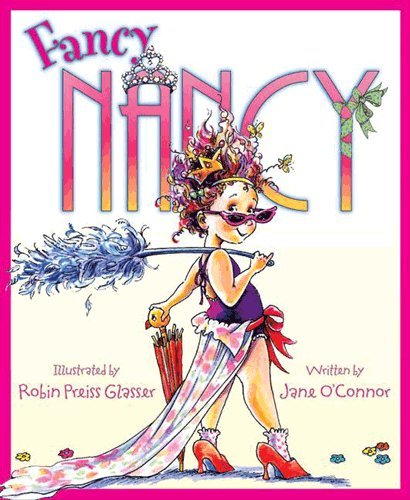 "Children have been captivated by Fancy Nancy's wit and irrepressible spirit for a decade and we are very eager to give her an even bigger stage on which to perform," Nancy Kanter, Executive Vice President, Original Programming and General Manager at Disney Junior Worldwide, said in the press release.

"This is definitely one of those 'pinch me' moments," author Jane O'Connor added.

According to the press release, Fancy Nancy has sold almost 30 million books in its 10 years since publication. To date, there are over 60 titles in the series and the books have been translated into 20 languages.

A TV series is not a bad 10th anniversary gift for the Fancy Nancy fans all over the world.

50 Children's Books with a Positive Message
More:
kids booksKIDS' TV ParentsChildren's Booksdisney
Newsletter Sign Up
Raise the kind of person you'd like to know
Subscribe to our parenting newsletter.
Successfully Subscribed!
Realness delivered to your inbox