When you're in love, it feels as though you're living in a fairy tale. The prince or princess of your dreams has chosen you, and you're going to spend the rest of your lives together, happily ever after, in a castle on a hill with singing furniture and animals that do all the cleaning. Right?

Of course, real life never works out that way (show me a mouse that does dishes, for example). But fantasy does tell us some important underlying truths about the experience of being in love. There's a reason that romance has always had a fantasy element. (Think of Odysseus falling in love with the sorceress Circe, who turned his men into swine, or Oberon and Titania deciding the fates of lovers in A Midsummer Night's Dream, or Mr. Rochester asking Jane Eyre if she is one of the fairies). Romance is a sort of magic: it changes our perception of the world, making us believe that we've found the person we are meant to be with, that the two of us are truly one. It can fill us with an ecstatic sense of joy and make us feel as though the furniture could sing -- if we just listened closely enough. But fantasy also shows us some darker truths about love. The modern popularity of paranormal romance has its roots in fairytales about women marrying bears, and bulls, and other beasts, which reveal that the one we love is not, in fact, a version of ourselves, but another being -- one we can never know completely. Love can overcome those differences, but they are still differences. Fairytales also reveal that love is difficult: sometimes you have to climb a glass mountain in iron shoes or confront a bloodthirsty ogress. I think some of the truest and most important stories about love are fantasy stories, which show us both love's power and its complexity.

Here are my choices for the top 10 fantasy love stories, both ancient and modern. Fair warning: none of them involves sparkly vampires!

Theodora Goss is the author of the recently released novella "The Thorn and the Blossom" from Quirk Books. She is a World Fantasy Award winner and has been repeatedly showcased in the Year's Best Fantasy & Horror series. 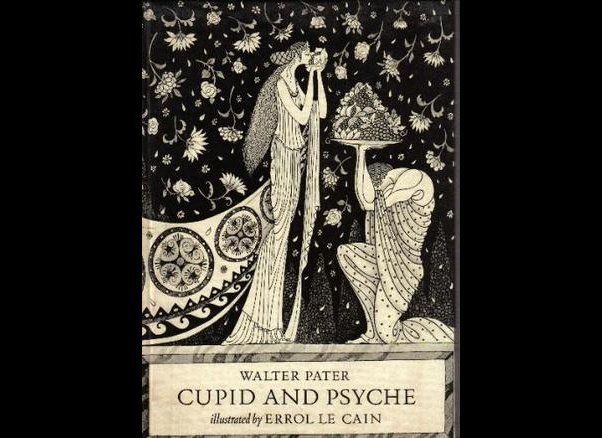 1 / 10
The Myth of Eros and Psyche
What's more romantic than falling in love with Love himself? That's what happens to the Greek maiden Psyche, who is so beautiful that the goddess Aphrodite becomes jealous and casts a spell: no man will ever want to marry her. But Aphrodite's son Eros, the god of love, has already fallen in love with Psyche. One day, a wind carries her off to a palace where a man comes to her every night, telling her that he is her husband, but that she must never attempt to see him. Curious, Psyche disobeys: in the middle of the night, she lights an oil lamp. Entranced by his beauty, she leans over to kiss him, spilling some of the oil. He wakes and tells her that he is Eros, and that because of her lack of trust, he must leave her forever. Psyche goes to Aphrodite and says that she will do whatever is necessary to win her husband back, performing a series of seemingly impossible tasks for the goddess. Zeus is so impressed by her dedication that he turns Psyche into a goddess so she can be with Eros forever. The tale of Eros and Psyche dates back to ancient Greece: Psyche is the Greek word for "soul." It's one of the oldest love stories we have, but it has been told over and over again; in John Keats's "Ode to Psyche," it symbolizes the union of love and soul that creates poetry.