So there really is an app for everything.

FapMapper is a new app created to let users map, for all the world to see, where they have masturbated or had sex.

Using Google maps, FapMapper users can pinpoint the location, anywhere around the world, where they have "done the deed," and even include a brief description of how, and where, it took place.

The map on the FapMapper website indicates that numerous spots, spanning the US, Australia, Europe, and North Africa, have already been tagged.

FapMapper, which, according to the press release, is "out of 'mastur-beta,'" says it's "all about documenting your sexual exploits, real or otherwise."

See a screenshot of the FapMapper map below: 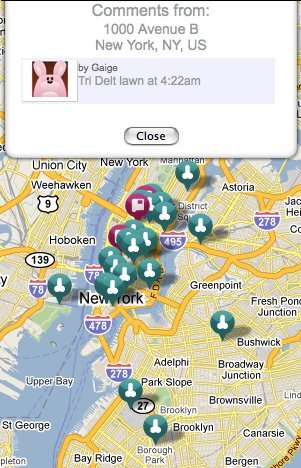