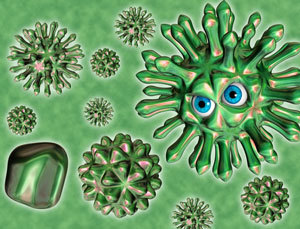 We're hearing these stories way too often: Based on information gleaned from a MAUDE Adverse Event Report filed in January, eight patients were infected with E. coli following an endoscopic procedure. Two of the patients died. Presumably, the bacteria were of the dreaded CRE (Carbapenem-resistant Enterobacteriaceae) variety.

Readers of my columns -- as well as many other media outlets -- are only too familiar with this sort of thing. As to "MAUDE," here's the decode... Manufacturer and User Facility Device Experience. How nice.

I'd say the manufacturer and user facility had a bad experience, but they'll get over it. The experience of two patients was fatal. The above-cited MAUDE report was filed by the device manufacturer, and not the "user facility," even though filing by the hospital is required if death occurs -- per 21 C.F.R. § 803.30. It was noted in Sen. Patty Murray's blistering report, entitled "Preventable Tragedies: Superbugs and How Ineffective Monitoring of Medical Device Safety Fails Patients," that...

"At least 16 domestic hospitals, primarily large, sophisticated health systems, identified outbreaks of antibiotic-resistant infections linked to ERCP [endoscopic retrograde cholangiopancreatography], but none actually followed all of the required steps to promptly notify manufacturers or, in cases of death, FDA."

The report goes on to state that...

"[C]onversations between Senator Murray's HELP [Health, Education, Labor, And Pensions] Committee staff and hospital staff, state and local health departments, and manufacturers have revealed a disconcerting lack of awareness that these reporting obligations even exist."

Call me cynical, but I don't think that "lack of awareness" has much to do with it. Since MAUDE reports are public records, and enforcement of 21 C.F.R. § 803.30 has not exactly been resolute, the hospitals have nothing to gain, and a whole lot to lose by complying. At first blush, at least, it seems better for the affected hospital to remain in the shadows. But, let's think this through.

Suppose you were to discover that Hospital X was implicated in patient deaths involving ERCP. Would you be more or less inclined to become one of their patients? After all, now that they're under the gun, cleaning up their act, and will no doubt be facing litigation, could you not conclude that this facility may be the safest one to use? A limited amount of published data suggest that this is indeed the case.

2. UCLA Ronald Reagan Medical Center (Los Angeles, CA) -- Outbreak with dozens of infections October 2014-January 2015. Media reports indicate that since February 2015 the endoscopes are being sent out for ethylene oxide sterilization, with no further infections being reported.

4. Virginia Mason Medical Center (Seattle, WA) -- 32 infections, several deaths November 2012-January 2014. Facility continues with high-level disinfection, but cultures each scope and quarantines them for 48 hours before reuse. Should a culture be positive, the entire procedure is repeated. Virginia Mason was one of the most high profile cases of ERCP-induced CRE infection, but by all reports, the revised procedure has prevented any recurrence.

As to the two deaths in the mystery hospital, other issues can be raised...

Were the patients in question informed that the scope used on them was a recalled device? What reprocessing method was being used by the hospital? What was the certified cause of death for each patient? Noting that some authorities claim that nearly 30 percent of all diagnostic tests are unnecessary, one wonders if these patients died for nothing.