With her sleek black coat, long brown hair and confident stride, it looked -- if only for a moment -- like Patrice Farameh was walking into a gunfight. More specifically: a classic, Western fight where tumbleweeds blow, heads turn, and the sinewy strings of a theme song echo in the background. But while our quiet booth at the Soho House was far from the wild wild west, the story she told me may as well have been ripped from the genre.

You see, the book producer has emerged as an unlikely contender in the publishing industry. After nearly two decades of working behind the scenes as a sought after editor of luxury lifestyle books, Farameh is now sitting front and center as the CEO of her own firm: Farameh Media. In doing so, she's not just crowned herself an entrepreneur, but also the sole female publisher in the male dominated luxury publishing industry. Her description of the journey which led her to this position is punctuated by the phrase, "I am not trying to compete."

While she may not be trying to battle the big boys, the sheer creativity and novelty of Farameh Media's projects must have them on guard.

The company's latest launch, SKULL STYLE: SKULLS IN CONTEMPORARY ART AND DESIGN, is a perfect example. The 496-page tome, edited by Farameh herself, features interviews with over 100 artists and designers. The book features four different limited edition book covers designed by international fashion designer Lucien Pellat-Finet. Artist Peter Tunney, who is also part of this project, has signed on to create one thousand limited edition covers with hand painted skulls.

Avante-garde and decadent treatment of subjects was Farameh's calling card during her tenure at global firms like Holtzbrinck Publishing Group, Teneuse Publishing Group and Daab Media. Her success at these companies led to lifestyle media projects with Harrah's Entertainment, American Express Centurion Gifting Services and Intercontinental Resorts. The culmination of these experiences makes Farameh a triple threat who not only knows how to edit, produce and now publish these books. This forms the bedrock of her tight, streamlined production process which could be the envy of larger firms.

After I point this out, Farameh is quick to deflect once more. She reminds me, in her warm and genuine way, that Farameh Media is about fulfilling a dream, not competing. I agree. But as I watch her walk out after lunch -- imaginary tumble weeds, Western themes and all -- it's clear that the woman who waved a white flag to a gunfight was really carrying an Uzi. 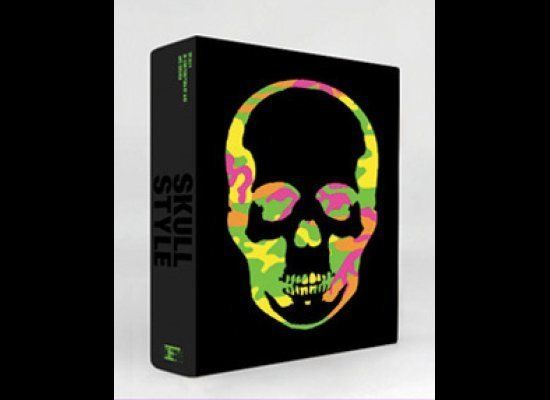