CNN and Time Magazine's Fareed Zakaria moderated a panel on LGBT rights sponsored by The Huffington Post and Microsoft to kick off the second day of the 2014 Davos Annual Meeting. 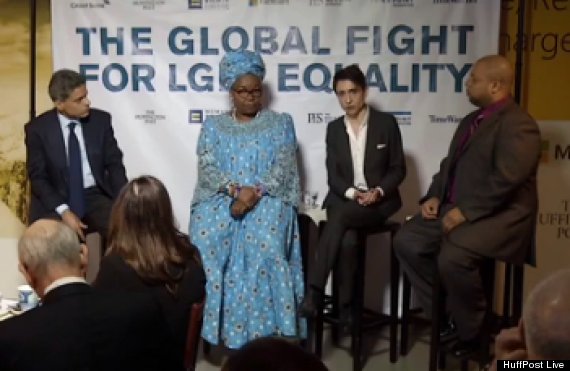 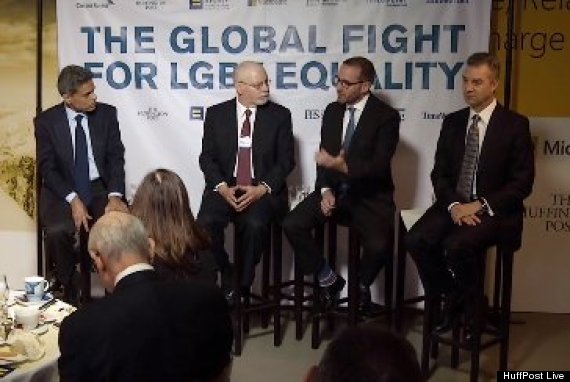 "The whole purpose of this morning is to give you a sense of what's going on around the world with this issue," Zakaria said at the start of the panel.

"We still have a huge struggle," Lewis said.

Navi Pillay, United Nations High Commissioner for Human Rights, noted that the panel came at a relevant time, after several anti-gay moves have made headlines around the world. Nigerian President Goodluck Jonathan, who is attending Davos, signed an anti-gay bill into law earlier this month, and India's Supreme Court recently upheld a law that criminalizes homosexual acts.

This post has been updated with more information on Leahy.

Watch a video of the panel above, and see updates from Davos below: