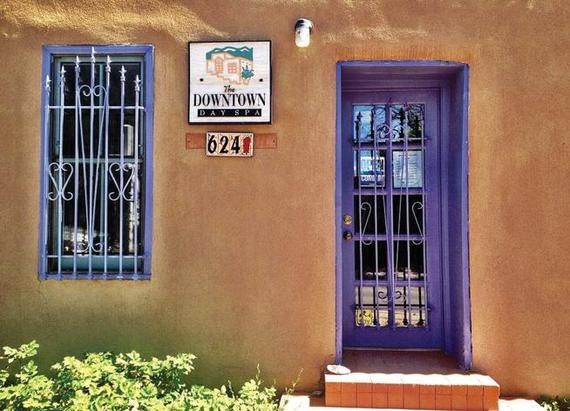 According to Ancient Parental Mythology, some people have enough extra time in December to send "Christmas cards," which are pieces of folded paper adored with little magical stickers that carry the paper from one outdoor box to another.

I checked Snopes and couldn't find any proof that this urban legend is actually true. Since I slept a total of six hours throughout the entire month of December and still sucked at Christmas, the concept of extra time seems unlikely.

Instead, I do my holiday cards in January, in the form of a letter to the previous year. Which, if you think about it, is no weirder than magical transportative stickers.

It's been less than two weeks, but I already miss you. I know you weren't super popular with a lot of my friends, and if you want me to be honest here, it's because you were pretty darn intense. You burst in like a storm and didn't let up the entire year.

I guess that's what I liked best about you. Your relentless and unrestrained demand for change.

I felt it immediately. At first, it frightened me. I wasn't sure how to read you or what you wanted from me. I just felt your pressure, your heavy hand stirring my spirit. I braced for the big wave, but I miscalculated; your change would not be so predictable. It scared me, feeling the immanency of evolution so intensely but feeling powerless to put my finger on what was going on.

February was weird for me. One of the weirdest months of my life but, looking back, one of the most important. Like never before, I sunk into a very uncharacteristic inner sadness. An identity crisis like a 13-year-old. It wasn't depression. It had a reason: I was coming to terms with what it meant to be a woman. Not just a woman. My woman. My own, self-defined feminine strength. It was an amazing but obnoxious game of weighing my ideals of power versus freedom, softness and strictness, trust and action.

As a feminist, this topic ached deeply in the core of my identity. When my heart was fully open and my brain fully confused, I found myself in Beaver Creek in a yoga studio, where the instructor casually mentioned at the end of class, "Watch 'The Strangest Secret' on YouTube."

As a perpetual pessimistic cynic trapped in the same body as a hopeful, innocent optimist, I listened to this silly 1950s radio broadcast as I drove down the mountain. I came down the valley a completely transformed thinker.

Two days later, I found a new and exciting opportunity with my job. The next week, another. The blessings were slapping me across the face at a comical speed, just dropping out of the sky and hitting me in the head, until one hit my inner cynic hard enough to knock her mostly unconscious. I felt happiness, unhindered. I was a nightingale.

The realization that my own thoughts had been hurting me so profoundly my entire life was both freeing and nauseating. It was my very own answered prayer -- the actual definition of prayer and faith, in fact -- but in that, it was also a heavy load of responsibility. I shrunk back and forth in a centipede crawl, inching between the fear of happiness and the embrace of it but still progressively moving forward with curiosity.

I found euphoria in my mental potential, and it rippled into every aspect of my life. I discovered new joys that would have previously been terrifying -- purely because they would require me to redefine and expand the narrative of my self-identity. I had to cut each chain of victimhood, including the game that so many of us play whereby we pretend we are victims of our own choices, in particular our career and financial choices. Then I raised money for those I had previously considered "enemies," and not for spite, or even for restoration. Just because I could. I found power in that. Unified power, not greedy power.

Then came a trip to New Mexico, the most surprisingly pivotal spiritual growth spurt I've had in years. I spent my days with shamans and healers, powerful Native American women, smelling of sage and rose petals and drinking elixirs and feeling like a goddess, but it was one tiny moment that removed the final scab from my heart -- the ability to release my need for complete financial control and let my husband step up.

I can never find the right words to describe the moment, but I was lying in a small bed in the back room of an airy, plant-filled shop in downtown Santa Fe, with breathing tubes of oxygen in my nose, covered in petals, with stones in my hands and on my chest. I had no idea what was going on, but I felt hot and cold and relaxed and energized and my skin was buzzing. Yes, it was totally bizarre. And when I opened my eyes, the smiling face of a woman looked down at me, through the veil of a God's-eye, and she said, "Now begins the new chapter of your life."

Perpetual cynic chuckled at her weirdness, while innocent optimist admired her, but when I left her and checked my phone, I found a text from my husband saying he had found the place to finally open his tattoo shop. It was done. I knew it was. It was the new chapter.

We had been trying to open a shop for years. I realized it finally had worked out, in part, because I had let go, even inadvertently, during my time in New Mexico -- and maybe that was a greater purpose of my trip, among others still yet unrealized. Regardless, I returned home to a confident business owner.

Things pressed forward, and by his 32nd birthday, he opened shop. It was exactly as he had dreamed, and I was tickled to see the answer to my financial worries had blossomed by my doing nothing instead of wrestling so damn hard. That felt good. The community welcomed the shop with humbling openness, and my husband was booked out solid for the first two months his shop was open.

So, yes, 2014, I look back at you and I think you were crazy. Certifiably. But you weren't trying to be mean. You were beautifully wild, and you spoke in unusual ways. You demanded change, and you were not gentle about it. But you did get your point across, and my soul is bigger for it.

Bless you, you crazy, crazy monster. I'll miss you.

Now get out of here. I'm tired.