In the lovely summer of 1981, while travelling through my beloved territories in Italy, my free compass after visiting the Umbria Jazz Festival took me to Sardegna. There, in a 'campeggio libero' at at beach near Santa Lucia, I met a free-spirited group of people from Naples. As with meeting any Napolitan, we became immediately close friends, cooking together, and enjoying the sun.

One night, across the campfire, sharing wine, they started to hum some tunes, in the lovely, sweet dialect of theirs. I was instantly all ears, and hooked by the melodies.

'What is it? Who is this?' I asked them. Equally bewildered by my reaction, they looked at me and asked, addressing me by the nickname they had given me to tease me, who is the patron saint of Napoli.

'This is Pino. Don't you know Pino Daniele? Don't tell me you don't know him.'

Then, in a chorus, all five-six of them hummed, 'Gennaro, come on!' They could not believe that their hero was 'that unknown'.

Soon, a cassette player was brought to the assembly at the fire, and I was introduced to Pino Daniele's divine world of music. All night long by the seashore, till dusk, I remember myself listening to his first albums -- 'Terra Mia', 'Pino Daniele', 'Nero a Meta' and -- what the boys from Napoli then loved to hum -- 'Vai Mo'.

As a connoisseur of music, I had thought I had a grip on the Italian progressive music scene -- one can only imagine the Zeitgeist of the '70s -- and felt a discreet shame for the late discovery.

But, I was so overwhelmed that it passed quickly. 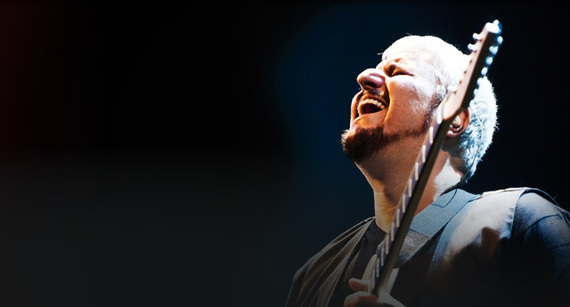 What mesmerized me was the immediate impact Pino's music had on anyone, regardless of where she or he comes from. There you had a musician whom you could not pinpoint easily, an artist who had apparently reached maturity at a very early age.

He had been in his teens instinctively understood the value of freedom beyond the norms and forms, absorbed influences of blues, funk and jazz from territories distant from the port of his beloved Napoli, and saw an unprecedented way of amalgamation between his folk roots and those 'outside'.

From the very first note, you could hear Pino's soul in his music: free, rebellious, 'counter' yet with full of respect for his roots, devoted to the Napolitan tradition of expression, perhaps deeper than any other Italian musician in his generation. 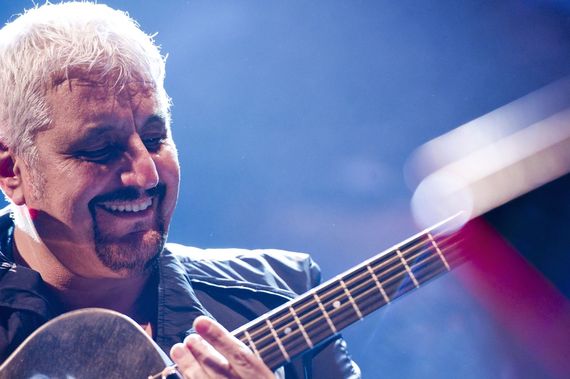 He blended the ingredients in such a succesful way -- which perhaps could be compared to another great artist of our times, Milton Nascimento of Brazil- that he was rapidly drawing the attention from musical explorers like him elsewhere: Wayne Shorter, Chick Corea, Eric Clapton, Pat Metheny, Nana Vasconcelos, Marcus Miller, Richie Havens and others who did appear on his albums, as well as did jam with him in concerts. 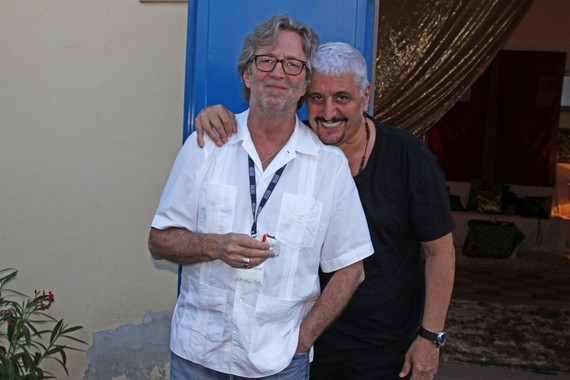 What distinguished Pino was also his grand achievement to bring his city to world attention through his flawless compositions, but more importantly, his particular 'Pino blend' with a sophisticated mixture of black American influences, modern jazz, blues and the Arabic sources, he managed to have an enormous following of the fans in Italy. It could be said that he brought to the fore a gusto of the masses, hidden in their psyche.

People loved to hum along his lines, however twisting and turning they are. 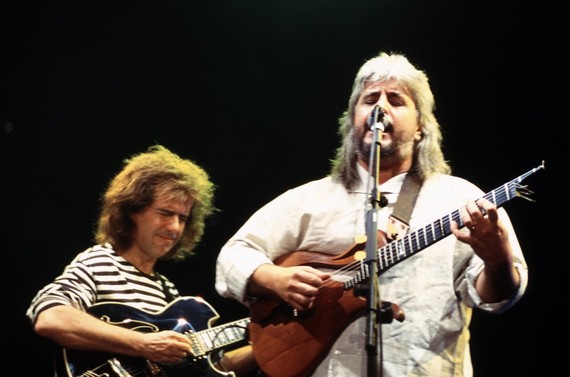 To me, Pino is the soul of Napoli and will remain so, in a sense that he enriched the city with an enormous songbook which will always be identified with its not so easily discoverable identity.

He was the voice of Napoli for four decades, and will remain so.

Pino was a very complex artist, as much as complete from 20 years of age. Gifted with a golden voice with fluid falsetto, he was at one with his deeply melancholic soul. He sang, like in 'Notte Che Se Ne Va', 'Cammina Cammina', 'Chi Puo Dicara' etc., about its dark, shady sides.

As if he defied any boundaries between tradition and modernity, he jumped freely between his beatiful local dialect -- a dense form of Napolitan --, Italian and English. Coming from a poor, working class neighborhood, marked by poverty and maffia, the way he oriented in music was praising the hybrid, self-taught formats as a form of rebellion. As every romantic artist in history, he was in love with love itself, and was a great fighter against injustices.
He called his musical brand as 'Taramblu' -- a combination of tarantella, blues, jazz, and rumba.

The great poet Allen Ginsberg had once told me: 'You must create your own culture in your heart'.

Pino had just done that. 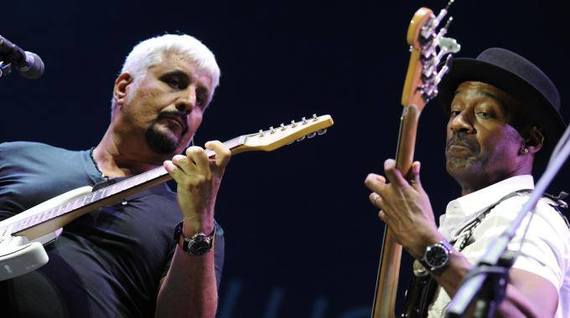 Probably it is the reason why people from any corner of the world would connect with his musical language, even those without understanding a single word of what he sings. He sang about the suffering, nostalgia, longing, joy, loss, youth, friendships that never die in his imaginary worlds.

His legacy is enormous, and I am certain that his compositions will age gracefully, gaining further respect. When I met him -- for the first and last time -- before a wonderful concert at Umbria Jazz Festival in Perugia two years ago, thanks to its director Carlo Pagnotta. Pino told me, 'I am a man of melodies, I love a good melody; it is the finest way to look into your soul. I want to be known and remembered like that.'

He had sung less than he played his guitar that night, showing how much of a virtuoso he is; and how deep his ear for the jazz and rock was.

After the concert, I asked Tullio de Piscopo, who as the greatest drummer in Italy never ceased to play with Pino. 'He is a true 'musician', you know what I mean?' de Piscopo told me.

'Pino is the best of us in our times, I simply adore his songs.' 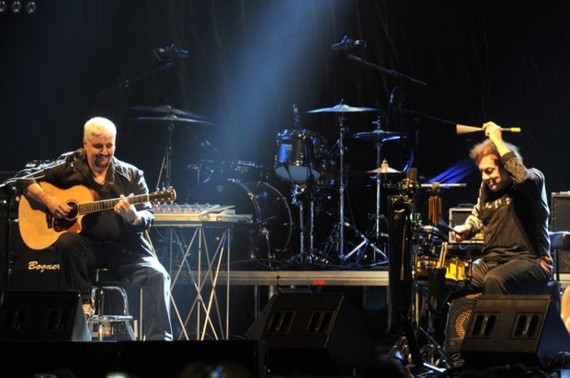 For all of us who followed him from near and afar, Pino left us, taking away pieces of our hearts. Napoli will be a little 'less' without him; so will be the generation he belonged to.

My condolences go to all who found meaning of life with Pino's songs, and to the city who created him. I consider myself lucky that I met those Napolitan friends in Sardegna, so thay I could witness an artist all along his journey. 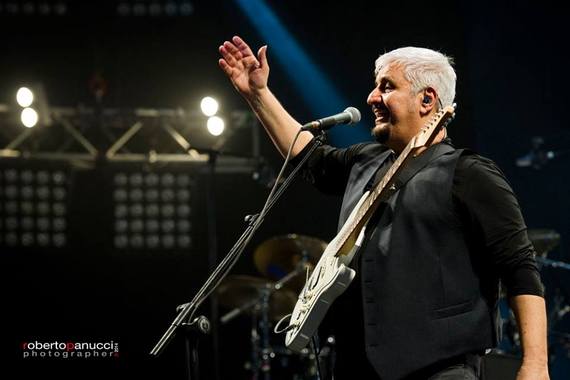