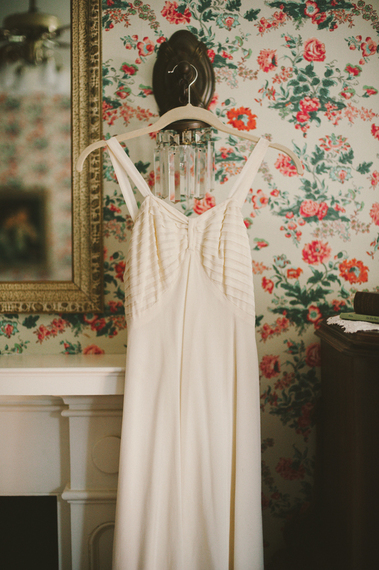 I was named after her first-born daughter, who passed away not even a year old. She never called me by that name, though. "Kindchen" is what she called me. A loving expression for "little child" in the German of her generation.

She wasn't like the grandmas in story books. She wasn't the soft, motherly, cookie-baking type. This morning, lying awake in the dark hours before dawn, I was suddenly able to name the gift she gave me instead: She was an example of strength. Of courage, resilience and independence, of self-respect, pride and tenacity.

She was whip-smart. A savvy businesswoman. A matriarch. Loud, heated conversations about politics over whiskey and cigars were part of every holiday dinner at her house around the heavy, antique oak table in her majestic living room. It sounded like they were fighting, but even as a kid I could sense how much she was loving these debates with her three sons.

I believe to know that she loved life. Her laugh came straight from her heart. She skied, a woman born in 1912. She loved dogs. She loved the mountains, too. We always agreed that going up is much easier than going down. During air raids in World War II, she did not go into the shelter like they were instructed to. She wanted to die outside, not buried in a basement.

When I was a little girl, I was terrified of thunderstorms. One summer night, I must have been about five years old, the sky went dark while we were having dinner around the barbecue in my family's backyard. Everything was rushed inside the house as the rain started pouring and thunder and lightning began raging. I was hiding in the darkest corner of the checkroom when my grandma's calm voice reached my terrified mind. She asked if I could be very brave for just one minute, and I was curious enough to follow her outside. She sat me down on the porch in a chair next to her. Sheltered by the eaves, but just inches away from the pouring rain. A shaking little girl, covering her eyes in fear. And then she presented the lightshow. She searched and pointed. She held her breath. She marveled at the beauty, the color, the shape of each lightning strike. The more strikes, the louder the thunder, the greater her excitement. I forgot to be scared. There was simply no room for fear. I wanted to sit there with her forever.

The intervals became longer, then the storm was gone. She gave me at least two gifts that night: She gave me storms. And she taught me an invaluable lesson about fear...

She died yesterday, 101 years old. Thousands of miles away, I did not get to say goodbye. I didn't get a chance to thank her, either. I would have loved to tell her that she'll always be with me. Every storm I weather, every mountain I climb. She'll be there.

While I am starting to understand that she is gone, I hope she has made it safely to her next destination. I hope she has met up with the ones who went before her: Her husband and her beloved sister. Her daughter, her dog Ingo and all the others who shared her journey here. I hope they're all sitting around a big table, drinking Underberg and playing a deck of Rommé. I hope they're laughing and debating. Talking about the wild ride they had. And I hope that when it's my time to go, they make a little room at that table. I just want to sit with them. Just sit, listen to their stories and hear her say my name. Kindchen.