Farid Mazdak is a well-known left-wing political activist. He was the leader of the Democratic Youth Organization of Afghanistan in the early 1980s and a leadership member of the Vatan party in the late 1980s. 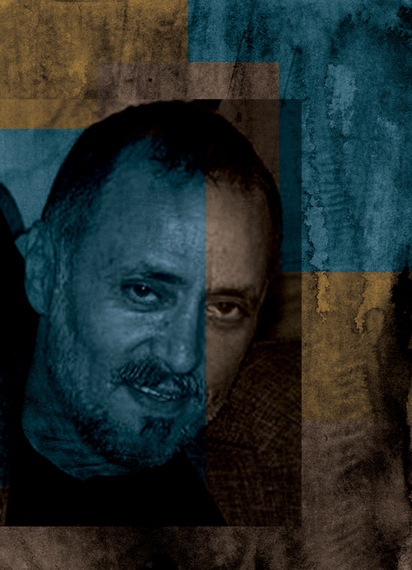 I joined the youth members of the Parcham party [a branch of the People's Democratic Party of Afghanistan] in 1974 when I was a school student. In 1975, the party put forward a proposal for a new national constitution. I was sent to prison for a year, held in very difficult conditions, for my role in shaping this proposed constitution. It was the first time in my life I was deprived of my freedom.

After my release from prison, I continued my political activism with the youth section. Things got so bad that in 1978, I had to drop out of education and go underground. I paid a heavy price for my activism: the loss of my education and my freedom of expression.

What are three major achievements for Afghanistan since the time of the Taliban?

I would classify the three most important achievements of the last 13 years as first, the end of Taliban rule; secondly, improvement in conditions allowing respect for rights in accordance with the Universal Declaration of Human Rights, in particular individual freedoms, freedom of expression, and expansion of the media; and finally, Afghanistan's shift from a position of international isolation to the most important focus of international solidarity and attention.

The ever-increasing awakening of the Afghan people and the significant sense of responsibility felt in the international community for a positive outcome in Afghanistan.

What do you fear most?

I fear the loss of rights and freedoms in Afghanistan, and the development of conditions that could create a gap between Afghanistan and the international community.

First, we lack a realistic strategy for the future, one that takes into consideration the country's geography in relation to the region and the world. Furthermore, there has been a misguided use of nation-building as an attempt to create one, singular, unified identity and culture in Afghanistan, and avoid acknowledging the reality of the diverse range of identities that make up Afghanistan. Finally, the society has failed to accord significant value to the rights and freedoms of women and young people.

Afghanistan is not a uniform and homogenous country. Support for the Taliban and their practices cannot be ruled out in some parts of the country, in particular in the south and the east.

Which factors deter women from participating in social, economic, political and cultural spheres?

Male dominance and the lack of faith and recognition of women's potential to play a meaningful role in society; cultural backwardness; and a lack of knowledge amongst women of their rights and responsibilities.

To live under the protection of the law. To abolish violence and discrimination. And to enjoy the right to education and work.

The three branches of the state (the Executive, Judiciary and Legislature), and the media in partnership with the citizenry, i.e. through civil society associations, and particularly those focussed on women.

We need democratic laws to guarantee women's freedoms. The provincial councils and the Parliament, as the legislative power, must act strongly in defence of women's rights and freedoms. People also need to be educated to make use of and persistently defend their rights to freedom and justice. A modern judicial system, which people know how to use, is the most important way to ensure respect for women's rights.

A free media is essential to fulfilling women's social and political demands. Only then can citizens have access to information and be properly informed of the state of affairs in their country.
A democratic structure is also the only way to guarantee women's access to education and employment. Finally, civil society institutions, in particular women's associations, are very important for protecting women's rights.

What do you wish for your daughter?

My daughter is studying engineering at university in Germany. I wish that she will have the opportunity to develop freely, pursue her education, build a family of her choice, and live in freedom.

What have you done in your private or public domains to eliminate the obstacles to women's participation including discrimination?

Concepts of private and public domains - distinctions that exist in modern political-philosophical discourse in the West - unfortunately are not identifiable in our country. The process of building a modern state in Afghanistan has only just begun. The nation-building process of is faltering. Political parties and organizations do not conform to modern political ideas of organization as understood in the West. In short, there are many challenges ahead and the Afghan citizen is not yet a free person.

However, if I were to take your question and apply it to the circumstances I find myself in, I would say that I have made use of the media to express my ideas and opinions and I have tried to engage in enlightened debate and social critique.

Do you have a specific message to share with the world?

I hope for security and calm, and progress and development for the benefit of all people in Afghanistan. The youth and women are the driving force of constructive change in our country: I wish them freedom, awakening, and the ability to work together. I strongly believe that our country will be able to move ahead successfully with growth and development, provided that it embraces cultural differences and diversity of identities.