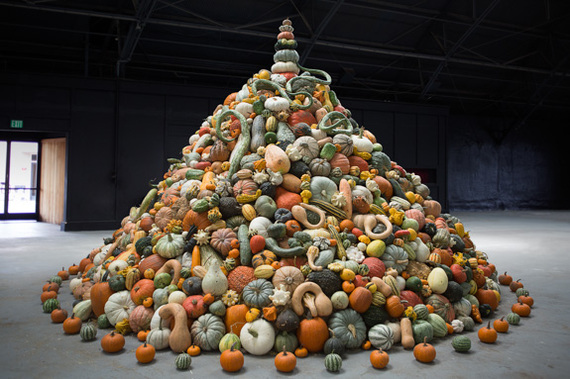 Just north of Silicon Valley, heartbeat of the technology world, is Santa Rosa, home of the National Heirloom Exposition. The festival's annual, three-day mission is to be the world's fair of resurrecting unadulterated foods.

It's no coincidence these two extremes are in close proximity. Though technology drives us further from nature, there is an equal force that reconnects us to it. As futurist John Naisbitt, author of High Tech, High Touch, has inspired: "We must learn to balance the material wonders of technology with the spiritual demands of our human race."

Paradoxically, technology is supporting progressive, green movements by efficiently broadcasting powerful messages that effect change. Through Internet connections to groups such as The Greenhorns, the Heirloom Expo's voice is being heard far beyond its Northern California locale.

Four years ago, Jere Gettle, owner of Baker Creek Heirloom Seed Company and the Petaluma Seed Bank, founded the Festival. He envisioned an opportunity for foodies and farmers to get to know forgotten food treasures worth saving...in his own terms: "pure foods."

Jere is pushing the pure food refresh button. He's broadening awareness on the potentially harmful effects of GMOs, unorthodox hybridization and industrialized farming practices, that compromise the quality of food put into our bodies. They may affect our health from a lack of nutrient density and chemical poisoning from herbicides, pesticides, and fungicides. To compound the situation, wholesome foods are wiped from existence as inconvenient to industrial machinery for planting, growing and harvesting.

The National Heirloom Exposition showcases the pure food movement with heirloom vegetables, heritage livestock and anti-GMO activism. With more than 125 speakers and 350 natural food vendors and exhibitors combined, the event struck a cord with the 14,000+ visitors, making it the largest event in pure food history.

The Expo thrusts heirloom produce and heritage farm animals front and center onto the stage of our food supply. 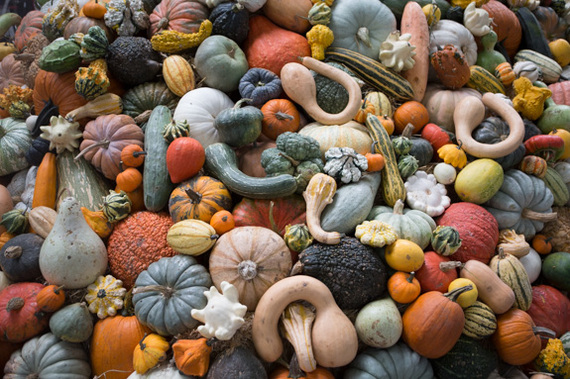 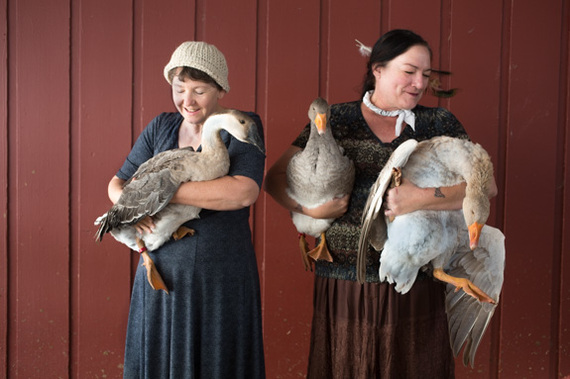 Behind the scenes, animal handlers climbed from their cots early each morning next to geese, goats, llamas, cows, peacocks and poultry, in the stalls next door. Two of the barn campers, Ellyn Mavalwalla and Caolifhionne Rhiannon Mears, keepers of American Buff and Toulouse African geese, were also key Expo livestock volunteers. A lively pair (photo), they ensured comfort and safety first for the animals and then for the visitors. They kept order in the livestock arena throughout the event, from the livestock competitions to the arrival of 2,600 kids on school field trips. Unruffling feathers and quieting screaming kids would get anyone's panties in a bunch...but not theirs.

Separating the barn from the main pavilion was the two-block long food court with a central green housing hundreds of yellow, white and red-fleshed watermelons. The melons were split open as an open invitation for foodies to have a taste and to take some seed to grow at home...an invitation that the crowds joyously took advantage of.

Flanking the green was a vast array of food stalls with a diversity of local, seasonal delicacies. Decision making as to what to taste, where to eat, what to buy was overwhelming...overwhelming but its own kind of heaven.

The adjacent and extravagant main pavilion showcased the largest pumpkin pyramid in the world at 21 feet high. The giant pumpkin contest had a 1,147 pounder. Multiple white linen covered tables displayed over 120 different kinds of garlic... 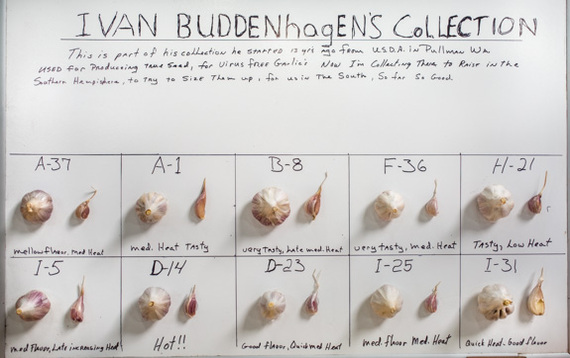 and hundreds of cucurbit varietals and over 300 varieties of tomatoes. 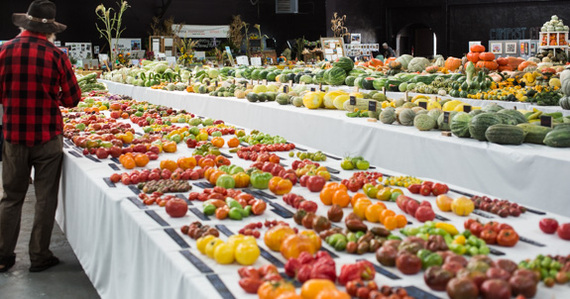 The attendees and the exhibitors were as diverse as the produce: 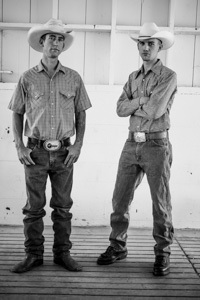 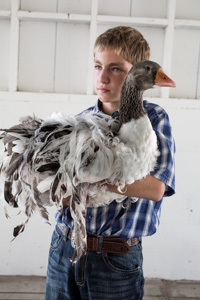 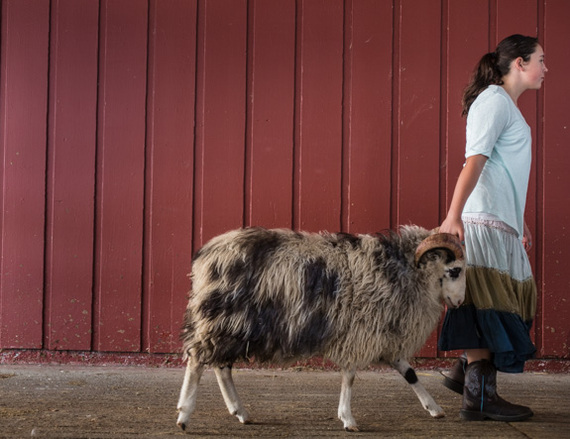 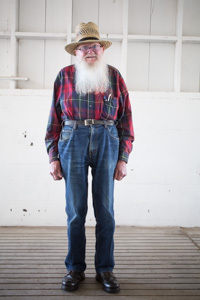 Woven through the pavilions, around the grounds and through the Festival were lectures and music. The lecturers featured the leaders in sustainable foods advocacy. The live folk music was grounded in old-school American heritage, like family farms, like Normal Rockwell covers, like apple pie.

These were the sights and sounds of the fourth National Heirloom Exposition. 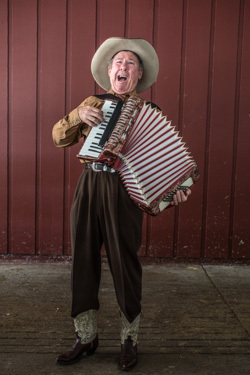 Imagine a reclamation center to inform and reconnect to over 4,000 heirloom fruit and vegetable varieties and to hundreds of heritage breeds. Imagine access to 125 top sustainable movement leaders speaking on topics from non-GMO activism to holistic, cutting edge, soil science practices.

...experiences that can't be had in a catalog, in a magazine or on the Internet.

To view additional photography from this series, click here. 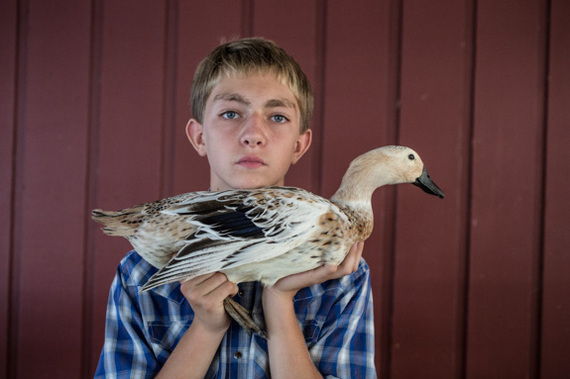