Sean Ludden, the Artisan Farmer at Los Poblanos Inn & Organic Farm, is taking the bull by the horns and re-branding this historic farm by its roots. Literally! The site of New Mexico's first dairy farm, Los Poblanos' rich history is set in the massive Rio Grande Corridor and nestled inside the pastoral enclave of Los Ranchos de Albuquerque, a small oasis within urban Albuquerque. 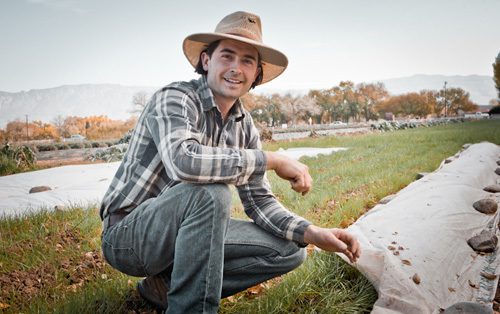 Sean is all about understanding the intelligence of local native edible plants, but he's as equally passionate about the local community, both its history and relationship with the land. His interest spans from the today's "hand-me-down seed" of tribal communities to the Mesoamerica (pre-Columbian) seed trade. I was in awe when he spoke of how Mesoamericans traveled north bringing with them the European seed the Spaniards had brought when they conquered Mexico. This was before the Spaniards arrived in North America. Fascinating!

Sean challenges the idea of the Three Sisters, a traditional Native American inter-cropping system where maize, beans and squash are planted together as companion plants. According to Sean the original was a Five Sister combination that included amaranth and quelites (edible wild greens). These two were the forgotten outlaws that got away.

Seed-saver Sean showed me seeds that he purchased from catalogs side by side with seeds that he's harvested from his plants of the same variety. The difference between the two is extraordinary. His seed harvest looks exceptionally more healthy and vibrant, yielding a more successful germination rate. 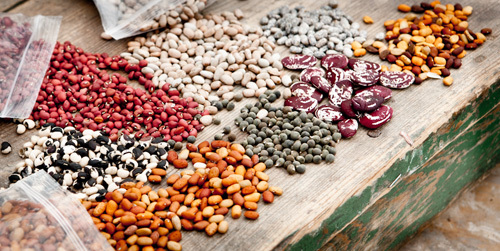 If Sean can't pick'm or find them locally, he is as picky as a prickly pear about his seed sources. Native seed/SEARCH is his go-to source. And it is just that -- a native seed clearing-house for the Southwest U.S. and Northwest Mexico. What is remarkable to me about their catalog is that it not only features stories about each variety but also provides the seed altitude adaptability factor. That's such a turn on. And the seeds are free of charge to Native Americans. If Sean can't find it through NSS he uses heirloom seed sources. There is no such thing as a native beet or lettuce ... so he uses heirloom varieties. Here's a list of my go-to sources. Please comment and share if you have favorites that are not listed.

The farm's landrace crops tout the New World order (see photo): Tepary beans (yellow) from the San Felipe Pueblo, Blue Specked beans and varieties from Northern Mexico, Colonia Morelos (beige), Tohono o'odham (black eyed peas), Corrientes (red) and Christmas Lima (red & white). In his fields, depending upon what he'd like to yield, you could find Hopi Lima Beans and Blue Corn, and a cornucopia of squash and chilies galore.

Their coveted crop is Grosso lavender, a hardy perennial oozing the highest oil content compared to over 200 other lavender varieties. The purple-blue flowers are distilled for their oil, and used medicinally in the farm's line of beauty products. The flower is also used in many of their recipes, imparting a delicate bouquet. 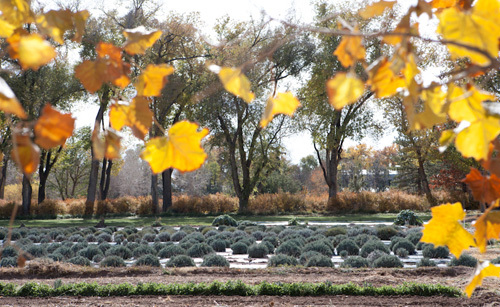 Farm fashionistas raise your forks -- at Los Poblanos, the farm and its kitchen unite! Sean and Executive Chef Jonathan Perno (one of New Mexico's most passionate farm-to-table chefs) collaborate and expand the boundaries of what they bring to the table. Their motto: "Inspired by the day's harvest, the farm's cuisine wanders the line between rugged and refined."

Jon's aesthetic challenges the traditional uses of native foods, and makes their flavors his own. He is a New Mexico native, with some Italian ancestry. He was trained in France and London, and polished his skills working with Alain Rondelli in San Francisco. With his hot blooded intrinsic-extrinsic combo factor, it is Jon's ambitious prerogative to experiment with Middle Rio Grande cuisine. A favorite signature dish? Crème brûlée crowned with candied acorn squash. 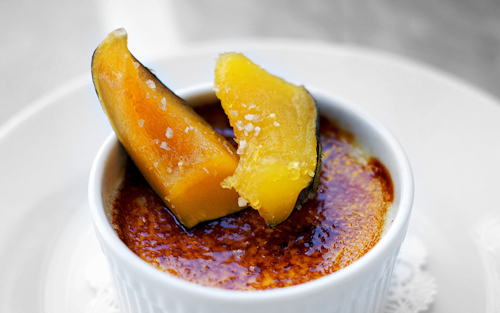 The farm is passionate about connecting its guests to the land and helping them understand the origins of their food -- all the while toasting the local farmers who make it happen. Ready for an inspirational farm expedition? Ready to experience culinary classes in an historic ranch kitchen lead by Chief Chef Jonathan Perno? Dine in a farm field? Look no further. And to boot, at the end of the day, guests can rest their dusty heels at the farm's chic ranch style Historic Inn.

Let's toast to the proprietor's, the Rembe family! Their mission is a continuum in preserving legacy under one fine historic roof.