When I was a young child growing up in the suburbs of DC, I remember thinking that farms had two types of people on them: farmers and farmers' wives. Unfortunately, we rarely depict American farmers as anyone besides an aging, straight, white man, a la the ever-famous Old MacDonald.

Iowa photographer Marji Guyler-Alaniz set out to change popular perceptions of what a farmer looks like. And the results of her project, FarmHer, are stunning. 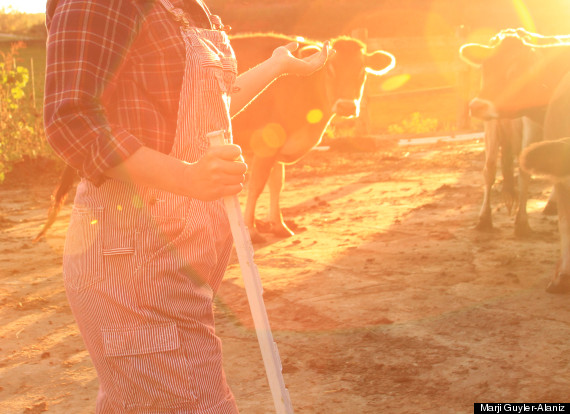 After reading a story about the lack of women in a farm-focused Super Bowl commercial last March, Guyler-Alaniz, who worked in the agriculture industry for 11 years, noticed how infrequently she saw women depicted in any agricultural images.

"I had never even realized there was such a 'hole' in the image of a farmer," Guyler-Alaniz told The Huffington Post in an email. "As a person that grew up in a small town in Iowa, I knew that women are involved in all aspects of agriculture, and always have been an important part of our agriculture system. It hit me that I could change [the popular idea of what a farmer looks like] by using my photography to start updating the image of a farmer to include women." 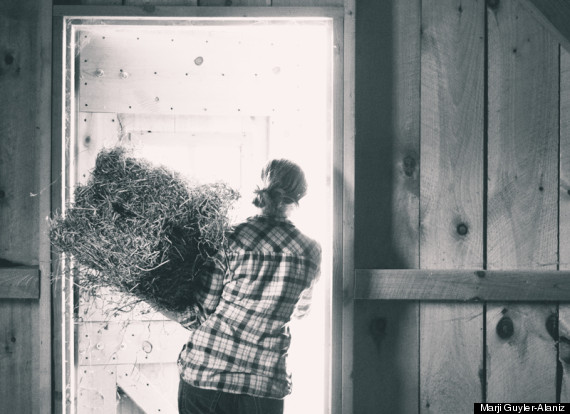 So Guyler-Alaniz, 33, began photographing female farmers. She started by interviewing and documenting the work of two farmers from Atlantic and Knoxville, Ioa. who then referred her to other subjects. As FarmHer has gained more publicity, she has heard from women all over the country who are interested in participating.

"If I can do something to help lift up and bring to light what these women do, it gives me a satisfaction," said Guyler-Alaniz.

She now has 29 galleries on her website, each following female farmers through their daily routines -- feeding chickens, spraying down crops, driving tractors, carrying boxes of produce and tilling the soil. Thanks to Guyler-Alaniz, their work is no longer invisible. 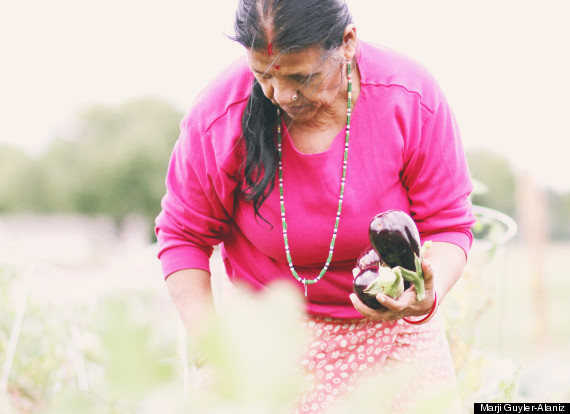 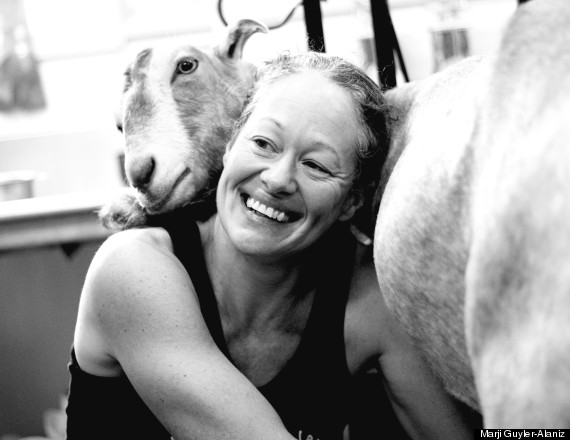 Head over to FarmHer to see more of Guyler-Alaniz' incredible photos of female farmers.