It seems that Farrah Abraham's interest in plastic surgery hasn't been hampered by a recent botched attempt at lip implant surgery.

On Monday, the former "Teen Mom" star-turned-porn actress appeared on "The Doctors," discussing the allergic reaction she had to the "numbing product" a doctor injected her with, which caused her upper lip to swell to about three times its normal size, sending her to the emergency room.

The 23-year-old, who has already undergone two breast augmentations and had a nose job, a chin implant, cheek fillers and several rounds of lip injections, explained that she wanted the permanent lip implant because she was worried about stretching out her lips and is "scared to keep doing the injections."

Because of her immediate reaction to the anesthetic, Abraham was unable to get the implant. While the former reality star called the experience a "wake up call" and said she's "happy to be alive," Abraham admitted she's still considering getting her "butt done."

Last May, Abraham opened up about her plastic surgeries, telling HuffPost Live host Ricky Camilleri, "I would just waste hours and hours and hours in front of the mirror, and it's to the point where I would waste my whole day and get aggravated with how I look, so I wanted to get surgery, and I think there's nothing wrong with that ... because I didn't mess up my features or my ethnicity or who I am." 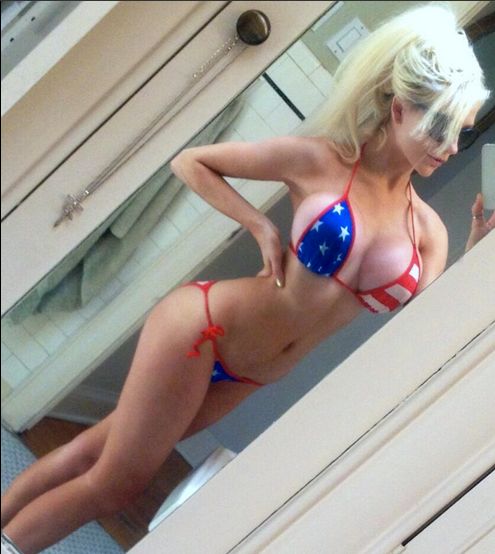 1 / 41
Courtney Stodden
18-year-old Stodden went under the knife recently to change her natural C breast to DD's. Her <a href="https://www.huffpost.com/entry/courtney-stodden-breast-augmentation-video_n_3486954" target="_blank">surgery was filmed and posted on the Internet </a>for all the world to see.
Courtney Stodden / Twitter