Cities are supposed to be full of people. Perhaps that's why dead cities are so compelling. But it's not just the ghosts, or the uncanny sense of sudden departures, it's also fact that such places often seem to have more symbolic power than living cities; they offer stark warnings and telling judgements on our misguided attempts to fashion urban utopias but also on our remorseless capacity to cover the planet with concrete. While some stand pristine yet empty, surreal incarnations of hubris, in others our presumption to be above nature is mocked, as hefty roots crack open the sidewalks and vines coil around lampposts.

Kijong-dong
A fake city in North Korea where the lights go on and off inside tower blocks that have no glass in their windows. There are no residents and no visitors are allowed. But the lights are on timers and the roads are periodically swept. Kijong-dong, which is also called "Peace Village," was built in the 1950s to lure potential defectors from South Korea and as a display of the communist state's progress and modernity. The official North Korean position is that Kijong-dong is a thriving community; that it contains a large collective farm (run by two hundred families) and many social services, such as schools and a hospital. Yet Kijong-dong is so close to the border that, with the aid of binoculars, people can see it is empty. 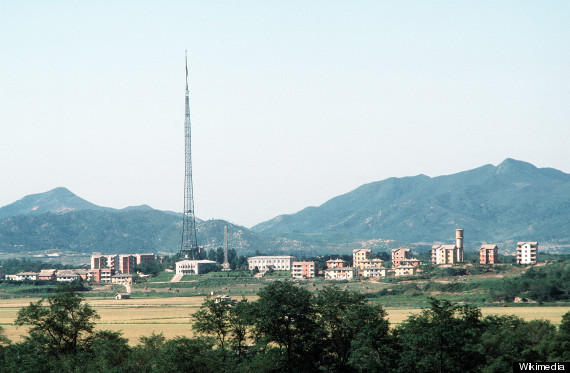 Kangbashi
A newly built dead city: tall apartment blocks, grand plazas stuffed with huge sculptures and lined with shiny iconic architecture but not a soul in sight. Set in the arid landscape of the Chinese province of Inner Mongolia, Kangbashi is a latter-day incarnation of imperial geomancy. A local government has built itself a grand mini-city in its own honour designed to display its power. At the heart of town sits its vast palace. Tree-lined avenues radiate from it. It bulks out over the surrounding landscape; the throne of a municipality presiding over silent streets.

Pripyat
Less than three kilometers away from Pripyat is the Chernobyl Nuclear Power Plant. One day in 1986 the entire population of 45,000 people was bundled into over a thousand buses. They were given no time to pack and radiation levels mean they can never come back. But when humans abandoned Pripyat nature surged back. Today roads and buildings have been split apart by young trees. Mosses and grasses cover the asphalt and as the city's drainage system is clogged, after each spring thaw paved areas become shallow lakes. A head and species count of fauna in the 'exclusion zone' in the mid-2000s found 280 species of birds as well as 66 species of mammals, with a total of 7,000 wild boar, 600 wolves, 3,000 deer, 1,500 beavers, 1,200 foxes, 15 lynx and thousands of elk. Bear footprints have also been spotted. 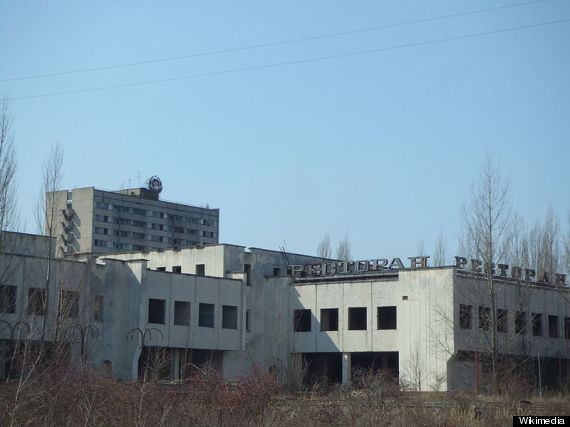 Ağdam
Locked between Azerbaijan and Armenia lies the world's largest dead city. Ağdam is a place of ruins. Around the central mosque, one of the few buildings still with a roof, stretches a scene of total destruction. If you peer down on Ağdam from Google Earth you would be forgiven for thinking that a nuclear bomb had just exploded. Ağdam was a casualty of a war fought between Azerbaijan and Armenia and their ethnic allies, and was deserted then systematically blown apart in 1993. The attempt to destroy places entirely is a characteristic of modern, total warfare, in which the annihilation of the enemy's will to fight is assumed to follow from the annihilation of its centers of civilization and civilian life. The level of bombardment is a perverse tribute to the primary role of place in human identity.

Wittenoom
Thirteen hours by car from Perth in Western Australia, Wittenoom is a cursed place. In 2006 the town was taken offer the power grid and in 2007 it officially ceased to exist. Wittenoom was a blue asbestos mining town and is still contaminated with carcinogenic fibers. It has been taken off the map to join a global list of one-industry towns destroyed by their own trade. Perversely, Wittenoom hung on for a few years with a small population as a ghost-town curiosity. Compared to the dead silence that now governs the world's largest blue asbestos mine, the town of Koegas in South Africa (closed in 1979), Wittenoom was almost lively. 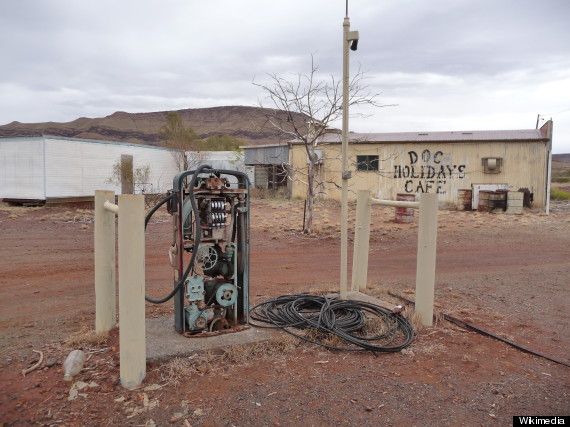 The City of the Dead
Across the five cemeteries that make up the City of the Dead, that sprawls across a big chunk of Cairo, about 50,000 people live within the tombs. Another half million reside in houses put up between the tombs. It's the one 'dead city' that shows how we can come to an accommodation with the dead. It has its own shops, schools, a surgery with a maternity wing as well as electricity and running water. Since the City of the Dead began to be permanently occupied in the 1950s, several generations have been born there, often sharing the same tomb with their parents and grandparents.