Susan Sarandon recently appeared on the SAG Awards red carpet wearing only a black bra under her jacket. Forgoing a blouse, she put her ample and aged breasts on display. The comments were what you would expect: Good for her; hide those saggy puppies; totally inappropriate; kind of sexy; bad outfit for any age.

I happen to agree with certain aspects of all of these comments. But personally, like most of my friends my age, I'm still hindered by the term "age-appropriate," which keeps most of us over 50 in check, saving us from ourselves when a bit of fashion madness flirts with our vanity.

My fantasy began last spring when I saw a pop-up of the most adorable pink and feminine mini dress that I had seen in ages, modeled by a 20-something woman. I clicked on it, and found myself cyber window shopping for dresses that made me sigh, knowing I could not afford them -- the the price being my dignity. I found myself projecting the 20-and-30-something me into those dresses, seeing myself not as I am now, but as my younger self with legs shaped by years of ballet, who could still carry it off.

But the two thoughts that simultaneously occurred were: 1) Where would I wear it? 2) What would people think? Those two questions have stopped me in my tracks on more than one occasion when I've flirted with the idea of purchasing something which evokes nostalgia and blinds me with possibilities.

When my husband and I went to Las Vegas a few weeks after my fantasy cyber shopping, I pushed inhibitions and protocol aside and wore a dress so short that I had to be careful when I raised my arms. Blame it on Vegas. I mean it. I had not been there in years, so I was not familiar with the "What happens in Vegas stays in Vegas," feeling that allows visitors to shed inhibitions. But it was real ... so real it was almost tangible. In Vegas, nothing seemed outlandish.

After a few days of seeing hundreds of young women wearing dresses and skirts that competed for short, shorter and shortest, my husband said, "I haven't seen one woman who has legs as good as yours." I have to say, I had seen so many bad legs that I had to wonder at the audacity some of those young women displayed in wearing short apparel. Just as short skirts can enhance shapely legs, they can downright condemn bad legs.

Suddenly, I was skewered by the desire to wear a short skirt while in Vegas. Thoughts of what people would think were cast aside, and I realized I was in the perfect place to play out a final fashion fantasy -- wearing a short, short skirt with high, high heels!

I had brought a long top that I wore with slacks. It was just long enough to pass as a dress -- of nearly indecent length -- and at that moment I totally bought into my fashion fantasy, without fear of paying the price of my dignity, since dignity obviously is not a commodity in Vegas.

The next day, I bought a pair of panty hose that would smooth out my 60-year-old knees, and tried on the ensemble for my husband, who was my last bastion against bad taste that particular night. He said, "You look great!" Still, I hesitated as I looked in the full-length mirror, thinking how very long it had been since I had worn a short dress, especially one this short. I was, after all, a woman who had long adhered to wearing clothing that was age appropriate.

But for that night, I could wear what I wanted and pretend to be any age that I wanted. It was all in the attitude, right? I admit I felt a bit self-conscious as we walked through the Wynn to the amphitheater to see a show. And when I sat down, I was ultra sensitive to the lack of material I could pull down to cover my thighs.

The show over, we decided to have a cocktail in one of the lounges. The lounge singer came over during the break and asked us some questions: What were our names? How long had we been married? What was your wedding song? When we told him we had been married in Venice, Italy, so we didn't really have a wedding song, he smiled. When the act started again, he took us by surprise when he "introduced" us to the crowd as the couple that still held hands after 27 years of marriage, and invited us to dance to the song he was about to sing in our honor.

I'm not big on being on public display, especially when it involves being the only couple on the dance floor. Spotlight dance! But I was in Vegas, and that night, I didn't give a damn. I had a romantic slow dance with my husband to an incredibly sexy Italian song. The world melted away, and when it ended, the crowd clapped politely.

And that was when my fashion gamble paid off in Vegas. As we were walking back to our table, a woman sitting on a sofa with two other women grabbed my arm and said, "You have the best legs in Vegas!" Another asked, "He said you had been married for 27 years, but how old are you?" When I told them my age, there were gracious cries of disbelief.

Yes, I was flattered. Yes, I was glad I wore that short dress. Yes, it was a lovely swan song for the last time my legs would ever be revealed to that extent.

For one night, I had shunned standards set by the fashion industry, and I discovered just how good it could feel to be my current self, and my younger self, and still be me. I bet Susan Sarandon felt the same way. 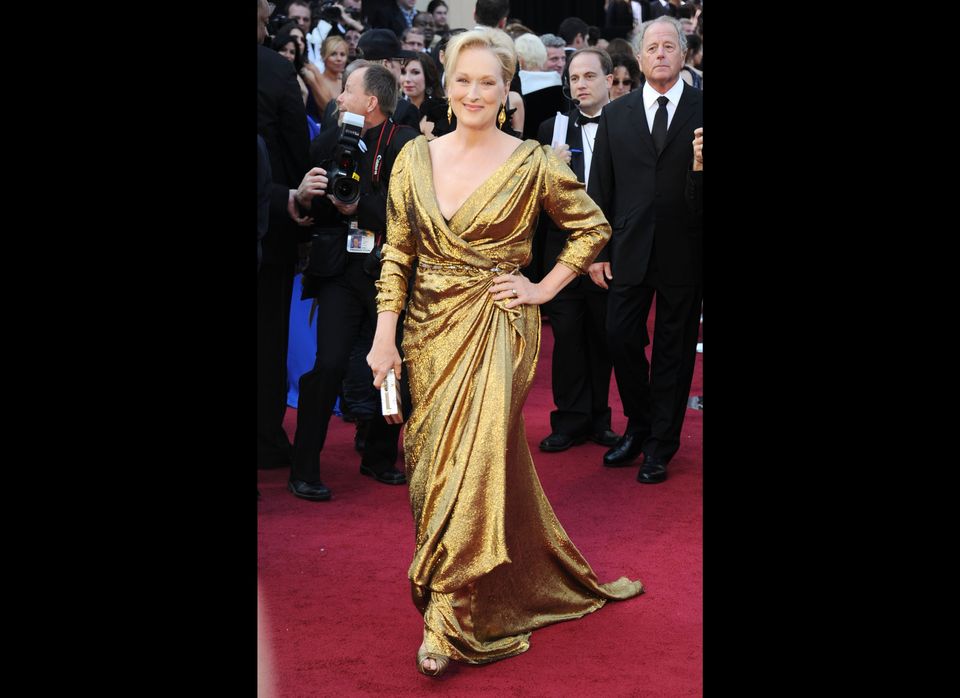