Few living designers have been around the block like Diane von Furstenberg has. Her now-iconic wrap dress put her on the map in the 1970s, and over four decades later, she's still at the top of her game.

While von Furstenberg's spring 2014 runway featured breathaking bold prints, boho jumpsuits and her models' signature smiles, it simply wouldn't be a DVF collection with out that signature silhouette. The hallmarks of her aesthetic remain: a kinetic print, a deep V neckline, a waist-cinching tie belt and a knee-skimming hemline. The wrap dress highlights a woman's best assets, and as Diane von Furstenberg's finest asset, we're hardly surprised she brings this garment out every time.

Check out the striking similarities between these two wonderful wraps: spring 2005 on the right and spring 2014 on the left. 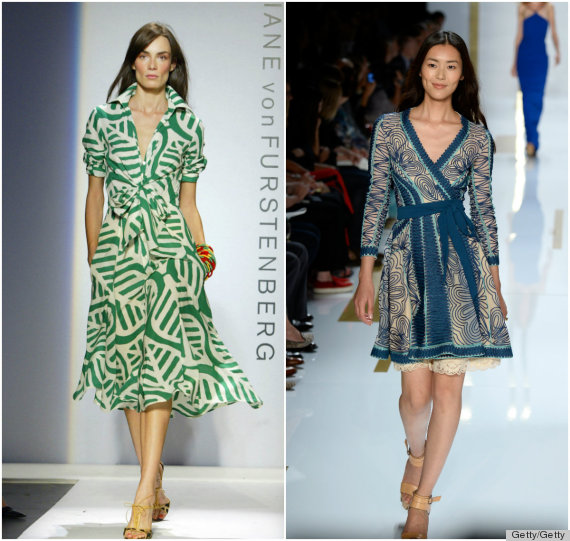 There were plenty of good looks on the streets, too: